Presentation on theme: "Shakespeare’s.  Watch the trailer for Othello.  What do you think this play is about?"— Presentation transcript:

2  Watch the trailer for Othello.  What do you think this play is about?

4  Moor- used to refer to North Africans, West Africans or, even more loosely, for non- whites or Muslims of any origin.

5  Read The History and Description of Africa by Leo Africanus, a primary source that existed at the time Shakespeare wrote Othello.  Identify passages that describe the traits, behaviors, and perspectives of Africans, specifically Moors.  Describe the tone the author uses, whether he is objective in his descriptions.  Describe what his purpose in writing such a text might be.

7  Moors helped England conquer Spain.  In 1601, Queen Elizabeth deported them, citing concerns about their irregular behavior and a fear that allowing them to stay in England would lead to overpopulation.  Blacks were not typically associated with slavery at that time, since the slave trade would not be fully established until the late 17th century.

8  The first performance of Othello was by the King's Men on November 1, 1604, at the court of James I.  James I had a keen interest in the history of the Turks and their defeat by the Christians in the Battle of Lepantoin 1571.

9  According to Venetian law, the Venetian Republic's army general was required to be a foreigner.  Venetian society would admire Othello for his valor and leadership but still recoil at the notion of his marrying into its families.

16  Shakespeare's principal source for the plot was a short story by the Italian writer Cinthio Giambattista Giraldi (1504-1574), who included it in a collection of 100 domestic stories titled Hecatommithi, published in Venice in 1566.

Download ppt "Shakespeare’s.  Watch the trailer for Othello.  What do you think this play is about?" 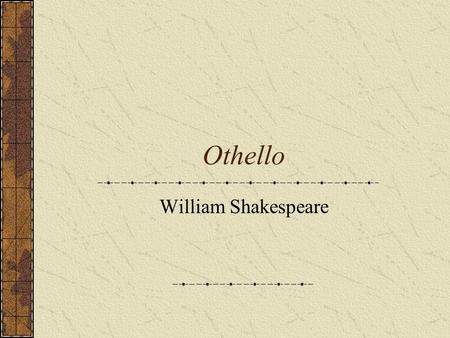 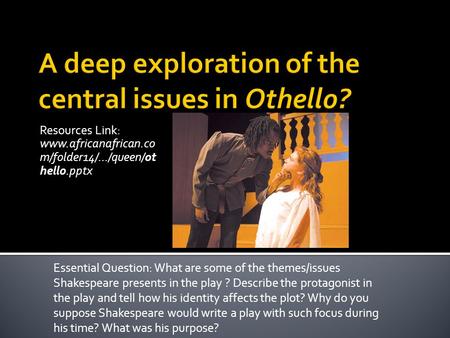 Resources Link: m/folder14/.../queen/ot hello.pptx Essential Question: What are some of the themes/issues Shakespeare presents in. 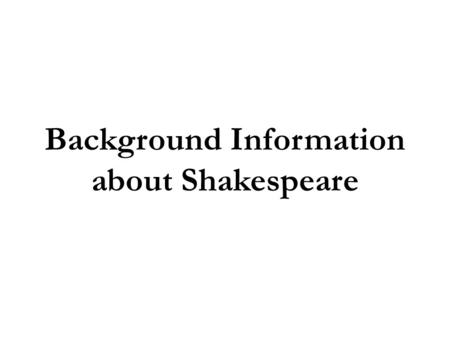 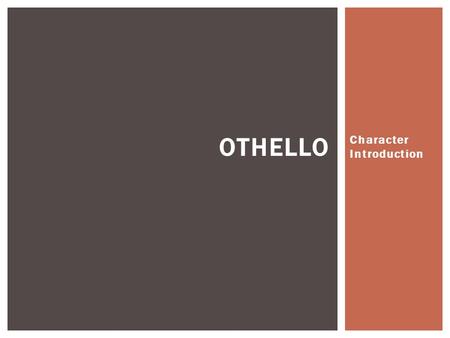 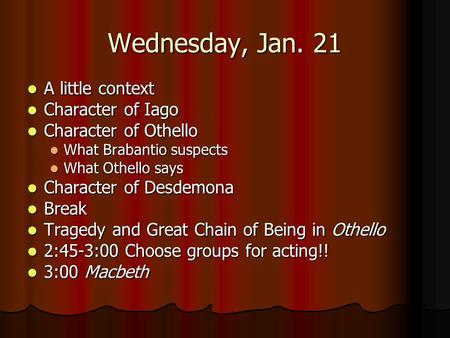