3 Structural parts PURPOSE: to support running parts
to keep them in position and line to provide jackets and passages for cooling water, sumps, for lube oil to form protective casing for running parts to support auxiliaries (valves, camshaft, turbo blowers)

7 Bedplate foundation on which the engine is built
must be rigid enough to support the rest of the engine and hold the crankshaft which sits on the bearing housing in alignment with transverse girders at the same time, the bedplate has to be flexible enough to hog and sag with the foundation plate to which it is attached and which forms part of the ship structure

10 Frame load-carrying part of an engine
it may include parts as the cylinder block,base, sump and end plates in two-stroke engines, frames are sometimes known as A-frames

12 Cylinder Block =engine block
part of the engine frame that supports the engine cylinder liners, heads and crankshafts cylinder blocks for most large engines are made of castings and plates that are welded horizontally and vertically for strength and rigidity (stiffener) entablature = cylinder block which incorporates the scavenge air spaces in two-stroke engines

14 Cylinder liner a bore in which an engine piston moves back and forth
replaceable the material of the liner must withstand extreme heat and pressure developed within the combustion space at the top of the cylinder, and at the same time must permit the piston and its sealing rings to move with a minimum of friction

22 Piston rod connects the piston with the crosshead

25 Connecting rod it is fitted between the crosshead and the crankshaft
it transmits the firing force, and together with the crankshaft converts the reciprocating motion to a rotary motion

33 Engine Parameters Cylinder bore – inner diameter of the cylinder (in mm or cm) Stroke – the distance the piston travels between top and bottom dead centers (in mm or cm) Engine speed – speed at which the crankshaft rotates (measured in revolutions per minute) Maximum Continuous Rating (MCR) – the designed maximum power which a diesel engine is capable of delivering continuously, at nominal maximum speed, in the period between two consecutive overhaulings 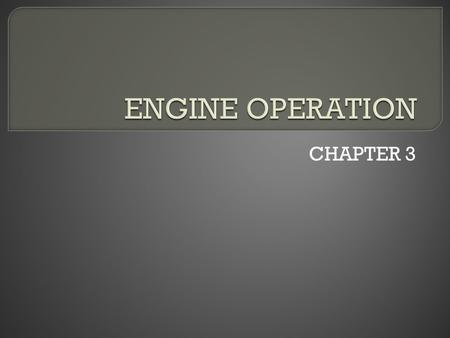 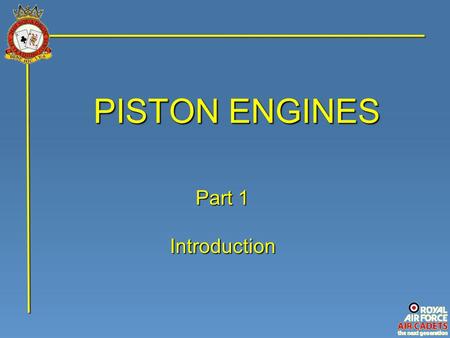 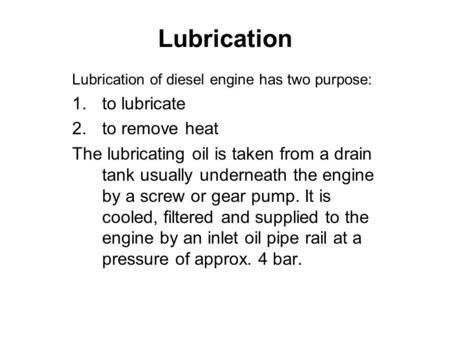 Lubrication to lubricate to remove heat 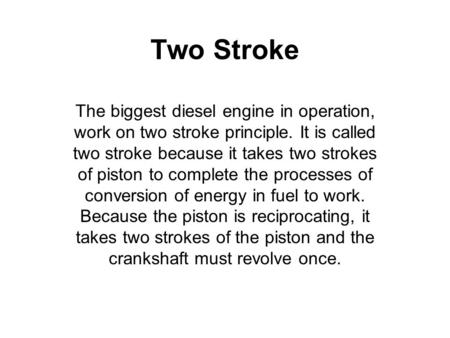 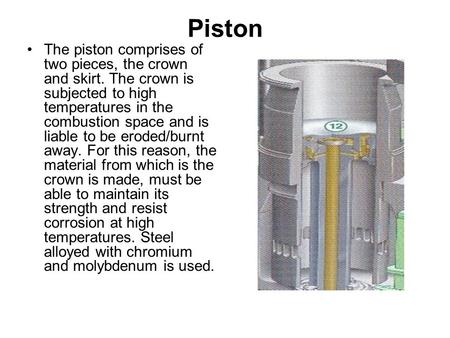 Piston The piston comprises of two pieces, the crown and skirt. The crown is subjected to high temperatures in the combustion space and is liable to be. 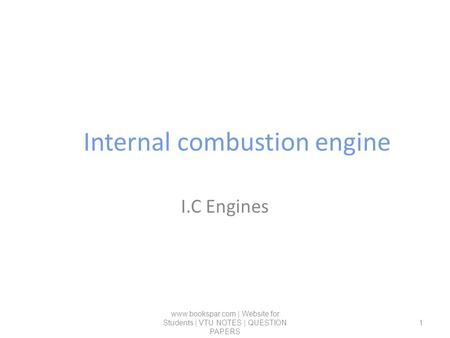 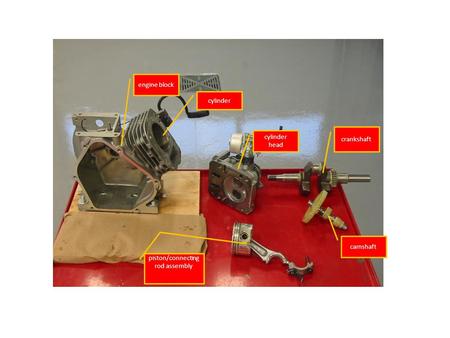 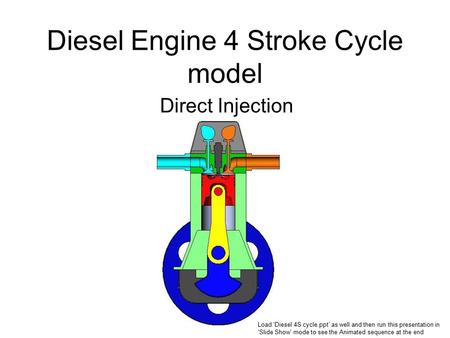 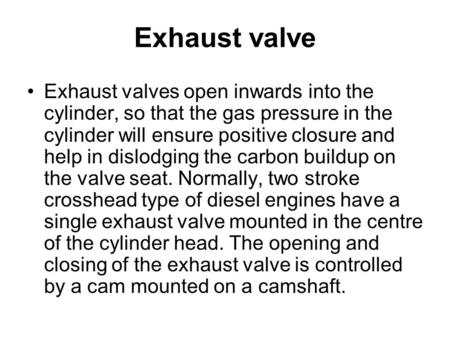 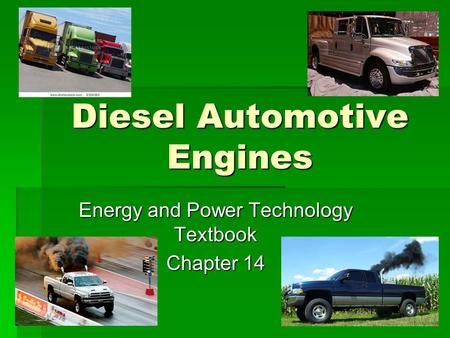