Presentation on theme: "Time and Motion in Photography How to freeze and blur movement."— Presentation transcript:

1 Time and Motion in Photography How to freeze and blur movement.

2 Shutter Speed Controls the length of time the shutter remain open during the exposure. The slower the shutter speed the most likely a moving object will appear blurred.

3 Shutter Speed The faster the shutter speed the most likely the moving object with be sharp.

4 Shutter Speed and Light The shutter controls the amount of light going into the camera by the length of time it remains open.

5 Shutter speeds are displayed in the camera view finder, on the shutter-speed dial, or as data panel read out.

6 Here, the camera is set to 1/250 sec. Notice that the camera displays only the bottom number of the fraction.

7 The Shutter and Motion The faster the shutter speed, the more likely a moving object will be sharp.

8 Shutter speed and motion The direction of a moving object affects the amount of blur. When the object is traveling parallel to the plane of the film, considerable movement is likely to be recorded on the film and the object blurred... 1/30 second

10 Shutter speed and motion If the object is moving towards or away from the camera, there is no sideways movement recorded on the film and so a minimum of blur is produced, even at a relatively slow shutter speed. 1/30 second

11 Shutter speed and motion During panning the camera is moved in the same direction as the subject. The result is a sharp subject and a blurred background. 1/30 second

12 Shutter speed and motion The key in photographing action is anticipation. What direction is the subject moving? Where should you be focused? When might an interesting moment occur?

13 Shutter speed and motion Think about what is going to happen, rather than trying to catch up to what has already happened.

14 BLURRED motion DEEP depth of field A small aperture (f/16) produced great depth of field; the nearest paving stones as well as the farthest tress are sharp. But to admit enough light, a slow shutter speed (1/8 sec.) was needed; it was too slow to show moving pigeons sharply.

15 Semi BLURRED motion semi SHALLOW depth of field A medium aperture (f/4) and shutter speed (1/125 sec.) sacrifice some background detail to produce recognizable images of the birds. But the exposure is too long to show the motion of the birds’ wings sharply.

16 FROZEN motion SHALLOW depth of field A fast shutter speed (1/500 sec) stops the motion of the pigeons so completely that the flapping wings are frozen. But the wide aperture (f/2) needed gives so little depth of field that the background is now out of focus.

17 Shutter and Aperture Together Equivalent exposures: Each combination of shutter speed and f-stop produces the equivalent exposure (lets the same amount of light) but produces different depth of field and motion.

19 VISUAL QUIZ and Review What do you see?

Download ppt "Time and Motion in Photography How to freeze and blur movement." 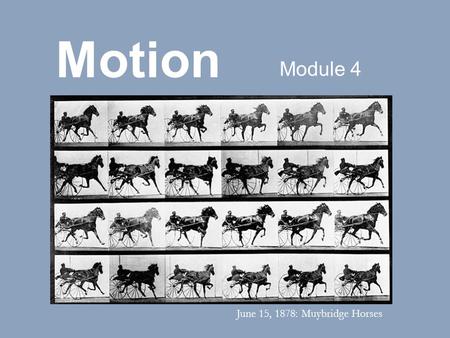 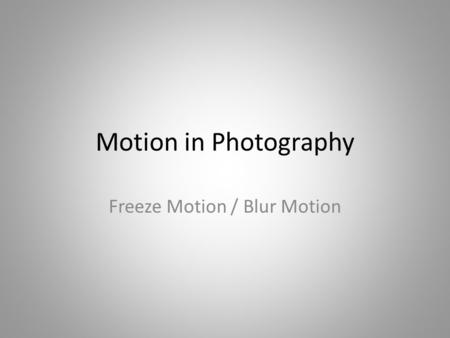 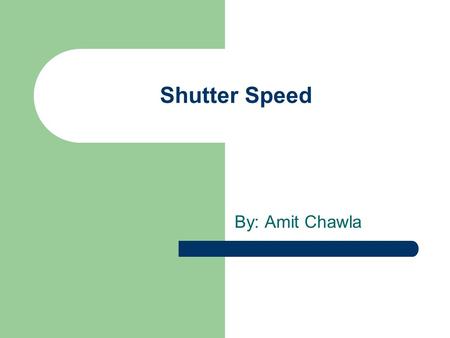 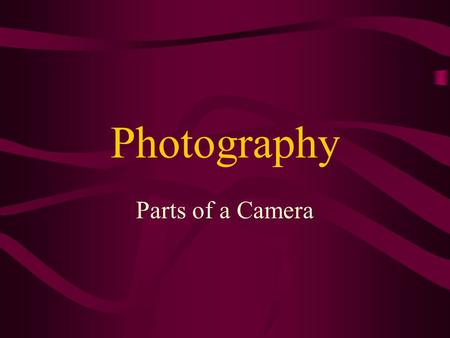 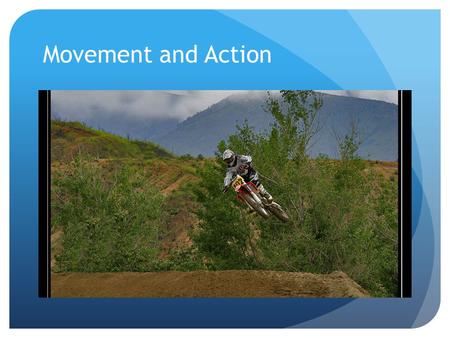 Movement and Action. Controlling motion or action using a your shutter. 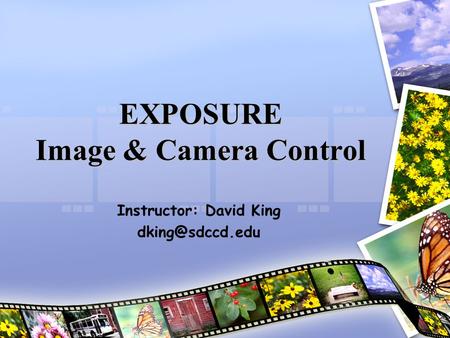