Dr. Nimir Dr. Safa Objectives Review the subdivisions of the nervous system. Review the general arrangement and compare the sympathetic and parasympathetic.

7 Sympathetic Part of the Autonomic System: The sympathetic is larger and is widely distributed throughout the body, innervating heart, lungs, muscle in many blood vessels, hair follicles, sweat glands, and abdominopelvic viscera. The sympathetic system consists of the efferent outflow from the spinal cord, two ganglionated sympathetic trunks, important branches, plexuses, and regional ganglia.

10 2. They go up to synapse in cervical ganglia and down to synapse in lumbar and sacral ganglia. Postganglionic fibers join cervical(head & neck), lumbar, sacral, and coccygeal spinal nerves.

13 Afferent Nerve Fibers Afferent myelinated fibers travel from viscera through the sympathetic ganglia without synapsing. They pass to spinal nerves via white rami communicantes and reach their cell bodies in the posterior root ganglion of the corresponding spinal nerve. The central axons then enter spinal cord and may form afferent component of a local reflex arc or ascend to higher centers, such as the hypothalamus.

16 Those nerve cells located in the brainstem form nuclei in the following cranial nerves: Oculomotor (parasympathetic or Edinger-Westphal nucleus). Facial (superior salivatory nucleus and lacrimatory nucleus). Glossopharyngeal (inferior salivatory nucleus). Vagus nerves (dorsal nucleus of the vagus). Axons of these connector nerve cells are myelinated and emerge from the brain within the cranial nerves. The cranial parasympathetic ganglia are : Ciliary, pterygopalatine, submandibular, and otic.

17 Sacral connector nerve cells are found in the gray matter of S2-S4. These cells are not sufficiently numerous to form a lateral gray horn, as do the sympathetic connector neurons in the thoracolumbar region. The myelinated axons leave the spinal cord in the anterior nerve roots of the corresponding spinal nerves. They then leave the sacral nerves and form the pelvic splanchnic nerves. 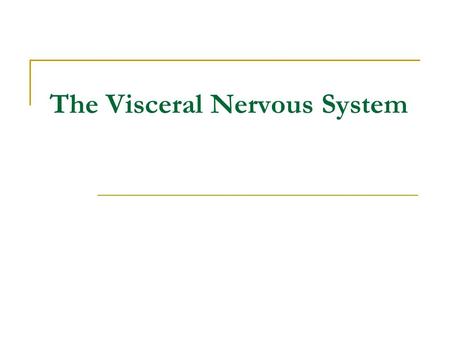 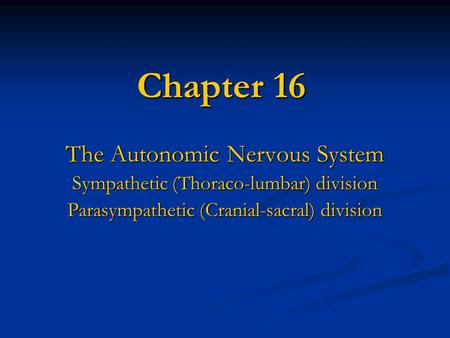 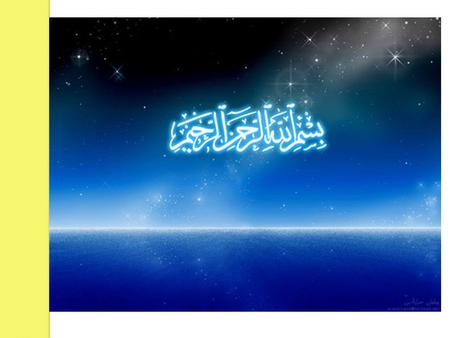 PARASYMPATHATIC NERVOUS SYSTEM Dr IramTassaduq 3 ANS is the subdivision of the peripheral nervous system that regulates body activities that are generally. 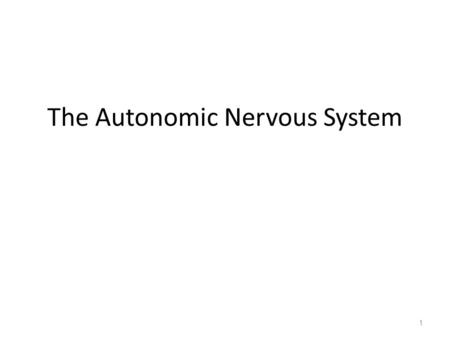 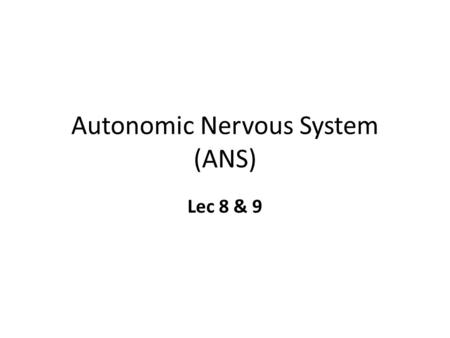 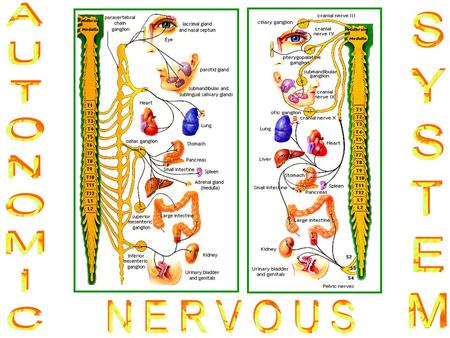 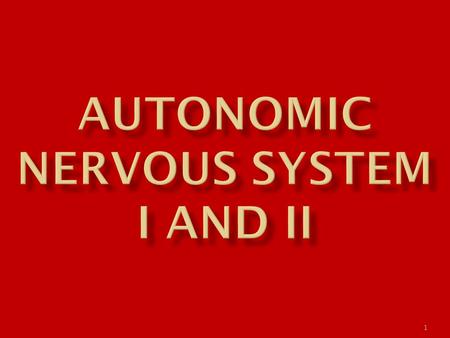 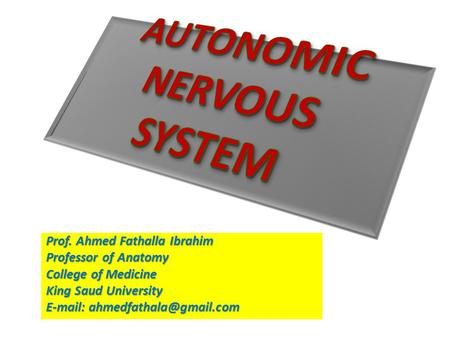 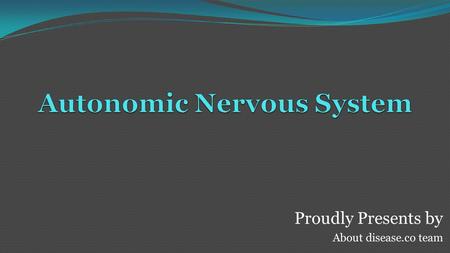 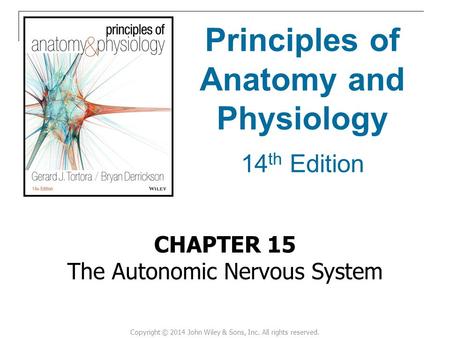 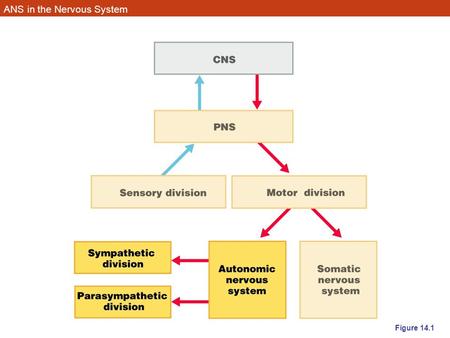 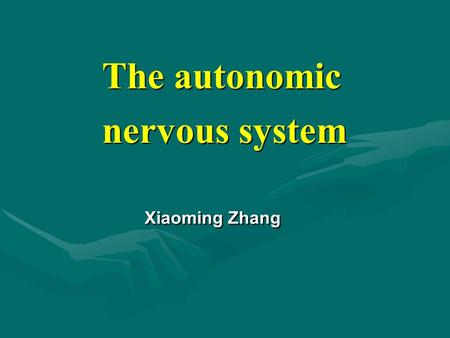 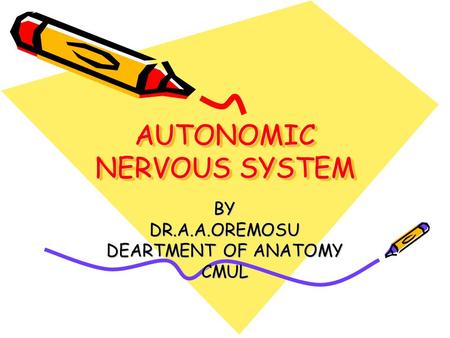 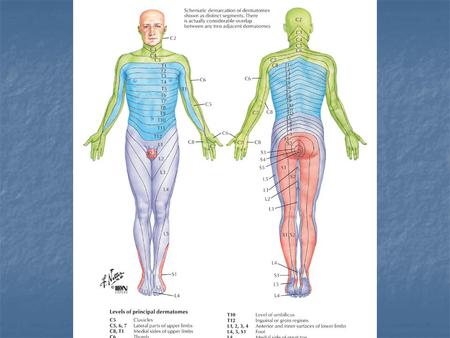 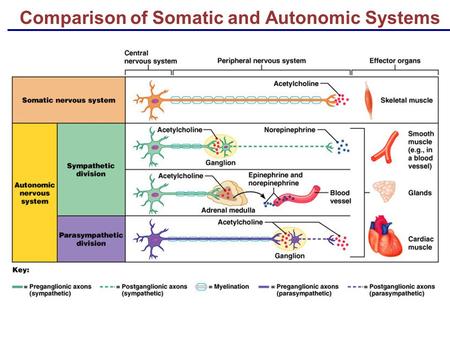 Comparison of Somatic and Autonomic Systems 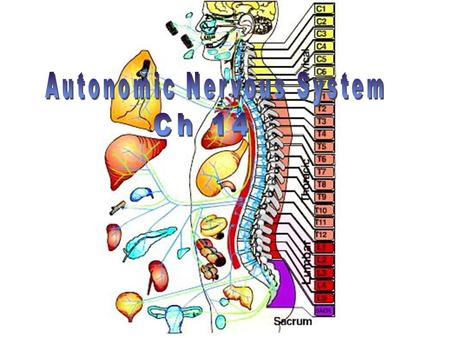 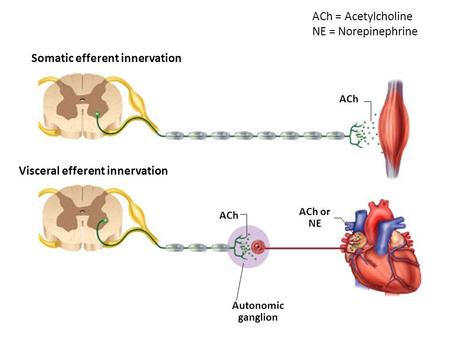 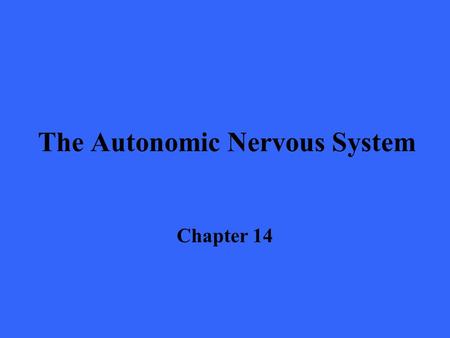 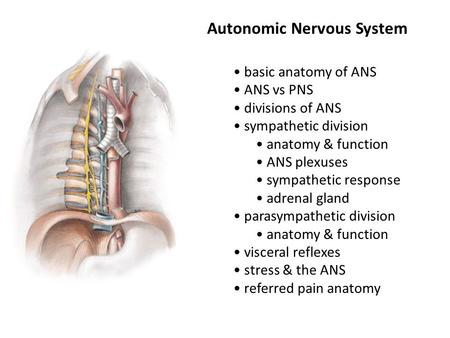 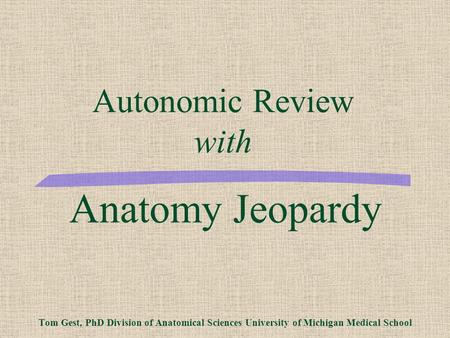