3 Ethernet Ethernet Network Topologies and Structures LANs take on many topological configurations, but regardless of their size or complexity, all will be a combination of only three basic interconnection structures or network building blocks point-to-point interconnection coaxial bus structure, Segment lengths were limited to 500 meters, and up to 100 stations could be connected to a single segment star-connected topology, the central network unit is either a multiport repeater (also known as a hub) or a network switch

6 Ethernet IEEE 802.3 to ISO The MAC-client sublayer may be one of the following: Logical Link Control (LLC), if the unit is a DTE. This sublayer provides the interface between the Ethernet MAC and the upper layers in the protocol stack of the end station. The LLC sublayer is defined by IEEE 802.2 standards. Bridge entity, if the unit is a DCE. Bridge entities provide LAN-to-LAN interfaces between LANs that use the same protocol (for example, Ethernet to Ethernet) and also between different protocols (for example, Ethernet to Token Ring). Bridge entities are defined by IEEE 802.1 standards.

8 Ethernet The Ethernet MAC Sublayer The MAC sublayer has two primary responsibilities: –Data encapsulation, including frame assembly before transmission, and frame parsing/error detection during and after reception –Media access control, including initiation of frame transmission and recovery from transmission failure

10 Ethernet Frame Format Preamble (PRE)—Consists of 7 bytes. The PRE is an alternating pattern of ones and zeros that tells receiving stations that a frame is coming, and that provides a means to synchronize the frame-reception portions of receiving physical layers with the incoming bit stream. Start-of-frame delimiter (SOF)—Consists of 1 byte. The SOF is an alternating pattern of ones and zeros, ending with two consecutive 1- bits indicating that the next bit is the left-most bit in the left-most byte of the destination address. Destination address (DA)—Consists of 6 bytes. The DA field identifies which station(s) should receive the frame. The left-most bit in the DA field indicates whether the address is an individual address (indicated by a 0) or a group address (indicated by a 1). The second bit from the left indicates whether the DA is globally administered (indicated by a 0) or locally administered (indicated by a 1). The remaining 46 bits are a uniquely assigned value that identifies a single station, a defined group of stations, or all stations on the network.

12 Ethernet Ethernet Frame Format Data—Is a sequence of n bytes of any value, where n is less than or equal to 1500. If the length of the Data field is less than 46, the Data field must be extended by adding a filler (a pad) sufficient to bring the Data field length to 46 bytes. Frame check sequence (FCS)—Consists of 4 bytes. This sequence contains a 32-bit cyclic redundancy check (CRC) value, which is created by the sending MAC and is recalculated by the receiving MAC to check for damaged frames. The FCS is generated over the DA, SA, Length/Type, and Data fields.

14 Ethernet Half-Duplex Transmission— The CSMA/CD Access Method Carrier sense—Each station continuously listens for traffic on the medium to determine when gaps between frame transmissions occur. Multiple access—Stations may begin transmitting any time they detect that the network is quiet (there is no traffic). Collision detect—If two or more stations in the same CSMA/CD network (collision domain) begin transmitting at approximately the same time, the bit streams from the transmitting stations will interfere (collide) with each other, and both transmissions will be unreadable. If that happens, each transmitting station must be capable of detecting that a collision has occurred before it has finished sending its frame. Each must stop transmitting as soon as it has detected the collision and then must wait a quasirandom length of time (determined by a back-off algorithm) before attempting to retransmit the frame. 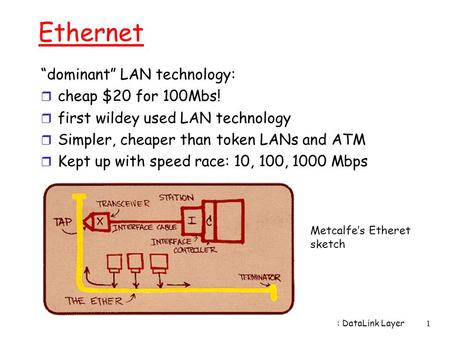 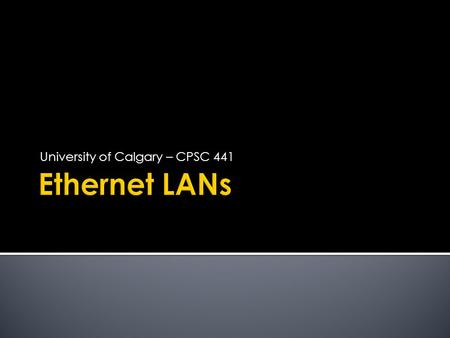 University of Calgary – CPSC 441.  Ethernet, defined under IEEE 802.3, is one of today's most widely used data communications standards  It finds its. 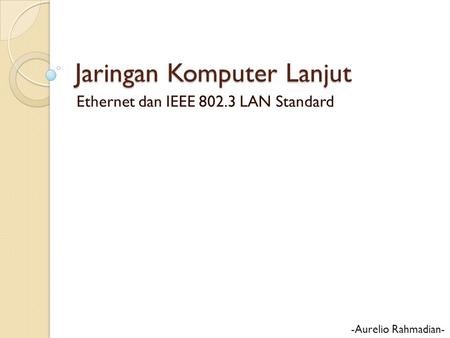 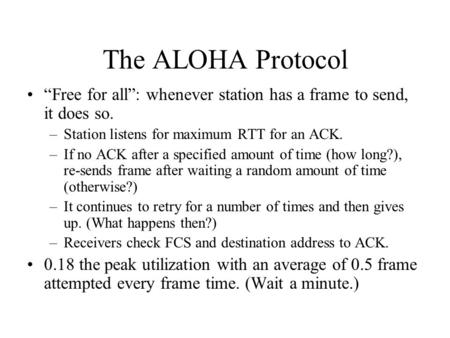 The ALOHA Protocol “Free for all”: whenever station has a frame to send, it does so. –Station listens for maximum RTT for an ACK. –If no ACK after a specified. 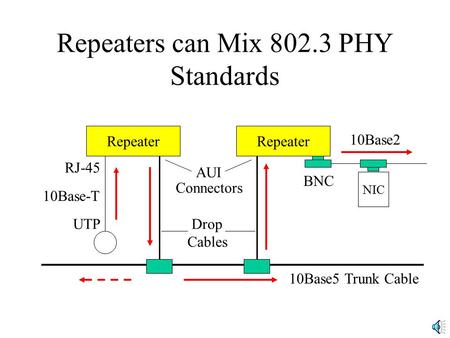 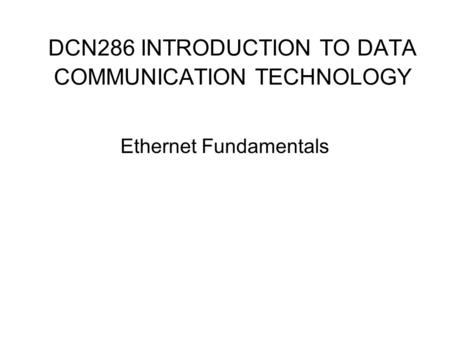 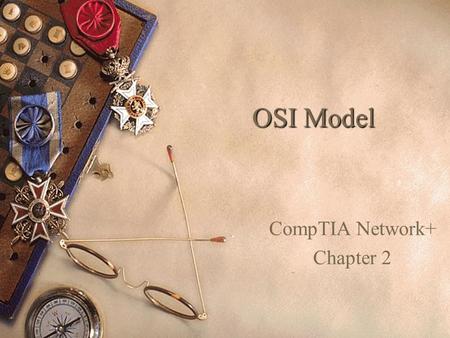 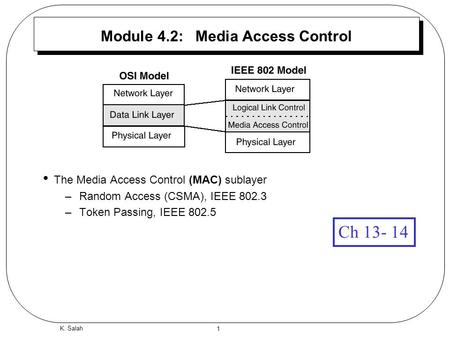 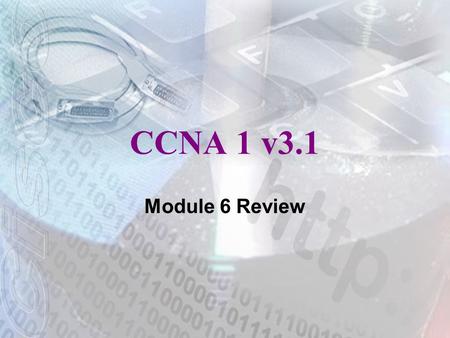 CCNA 1 v3.1 Module 6 Review. 2 What 3 things happen on an Ethernet network after a collision occurs? A backoff algorithm is invoked and transmission is. 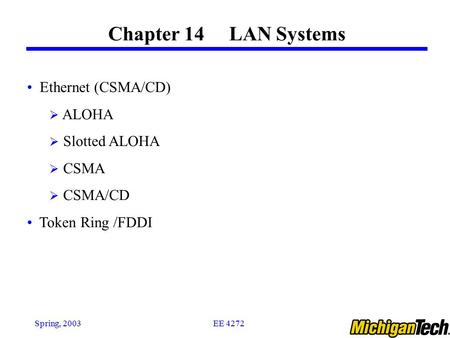 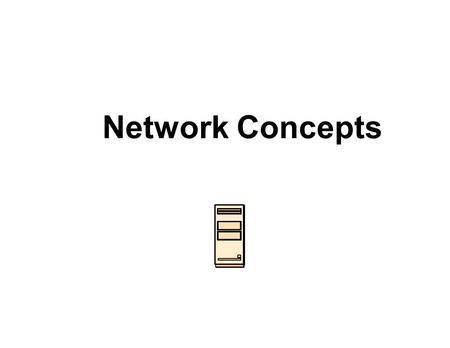 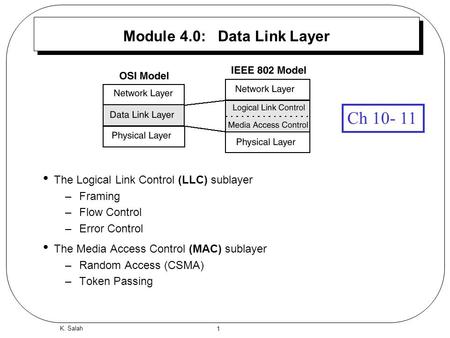 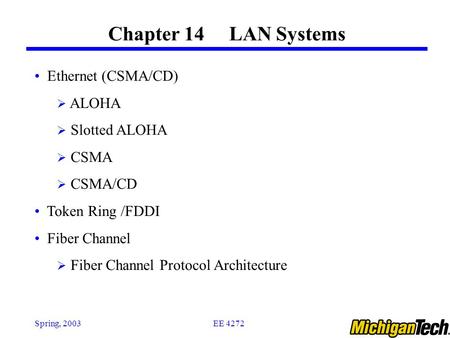 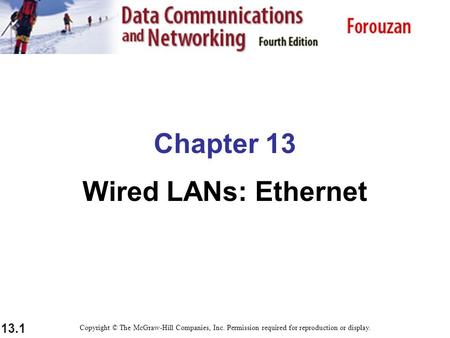 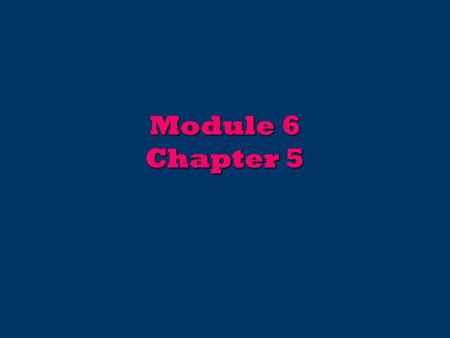 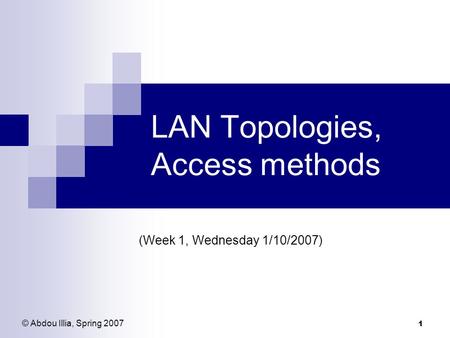 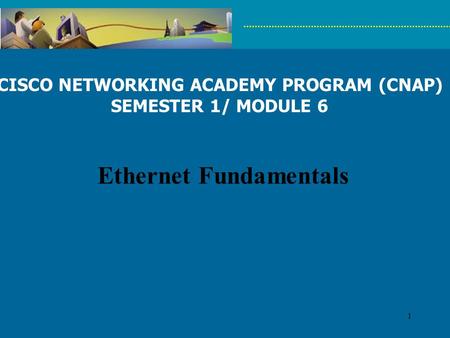 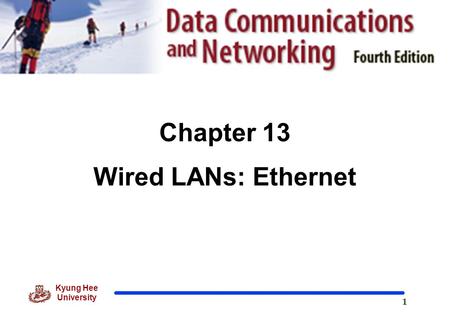