2 Linear Programming A model, which is used for optimum allocation of scarce or limited resources to competing products or activities under such assumptions as certainty, linearity, fixed technology, and constant profit per unit, is linear programming One of the most versatile, powerful and useful techniques for making managerial decisions. Linear programming technique may be used for solving broad range of problems arising in business, government, industry, hospitals, libraries, etc. Whenever we want to allocate the available limited resources for various competing activities for achieving our desired objective, the technique that helps us is LINEAR PROGRAMMING

5 What Is a Linear Programming Problem?
A linear programming problem (LP) is an optimization problem for which we do the following: Attempt to maximize (or minimize) a linear function (called the objective function) of the decision variables. The values of the decision variables must satisfy a set of constraints. Each constraint must be a linear equation or inequality. A sign restriction is associated with each variable. For each variable xi, the sign restriction specifies either that xi must be nonnegative (xi ≥ 0) or that xi may be unrestricted in sign.

7 Maximization problem A retail store stocks two types of shirts A and B. These are packed in attractive cardboard boxes. During a week the store can sell a maximum of 400 shirts of type A and a maximum of 300 shirts of type B. The storage capacity, however, is limited to a maximum of 600 of both types combined. Type A shirt fetches a profit of Rs. 2/- per unit and type B a profit of Rs. 5/- per unit. How many of each type the store should stock per week to maximize the total profit? Formulate a mathematical model of the problem

12 Example A company manufactures two products, X and Y by using three machines A, B, and C. Machine A has 4 hours of capacity available during the coming week. Similarly, the available capacity of machines B and C during the coming week is 24 hours and 35 hours respectively. One unit of product X requires one hour of Machine A, 3 hours of machine B and 10 hours of machine C. Similarly one unit of product Y requires 1 hour, 8 hour and 7 hours of machine A, B and C respectively. When one unit of X is sold in the market, it yields a profit of Rs. 5/- per product and that of Y is Rs. 7/- per unit. Solve the problem by using graphical method to find the optimal product mix.

17 Simplex Method SIMPLEX METHOD is considered as the most powerful method of LPP . It deals with iterative process, which consists of first designing a Basic Feasible Solution or a Program and proceed towards the OPTIMAL SOLUTION and testing each feasible solution for Optimality to know whether the solution on hand is optimal or not. If not an optimal solution, redesign the program, and test for optimality until the test confirms OPTIMALITY. We thus can say that the Simplex Method depends on two concepts known as Feasibility and optimality

19 Transportation The transportation model deals with a special class of linear programming problem in which the objective is to transport a homogeneous commodity from various origins or factories to different destinations or markets at a total minimum cost. Example 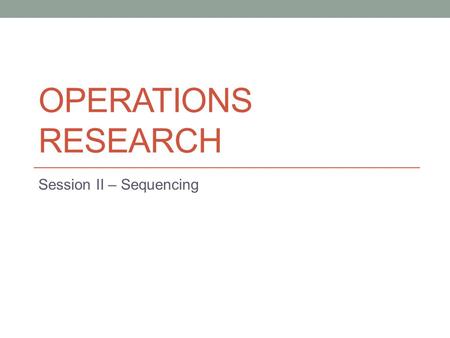 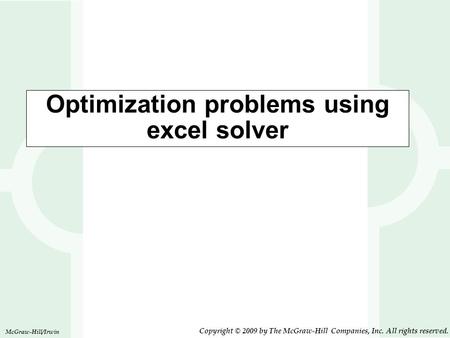 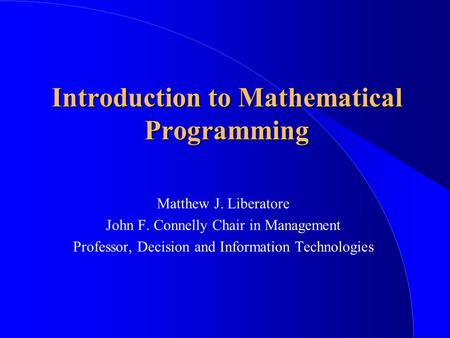 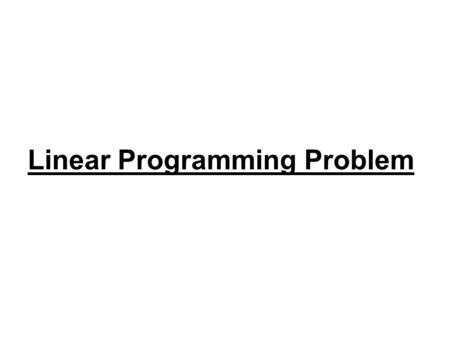 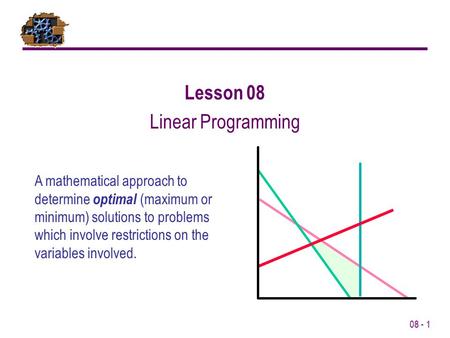 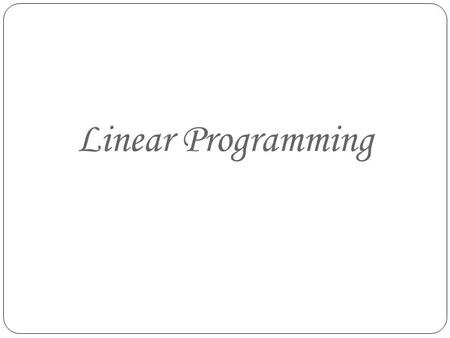 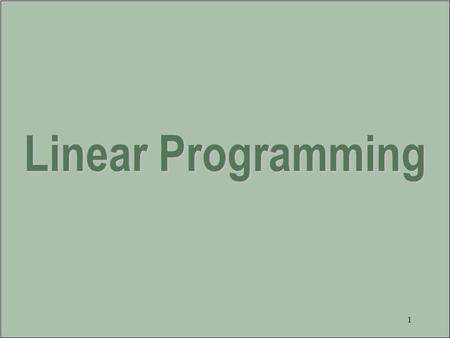 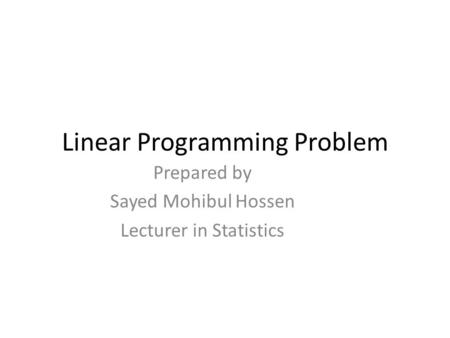 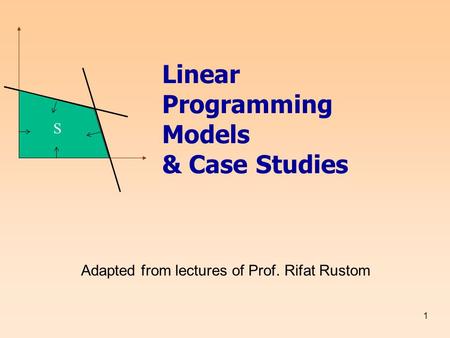 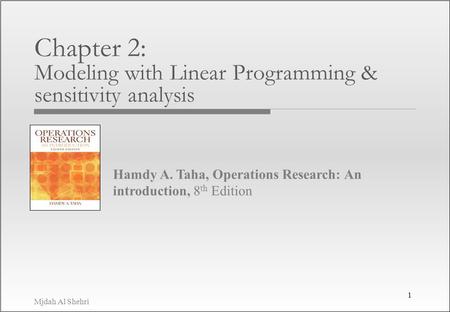 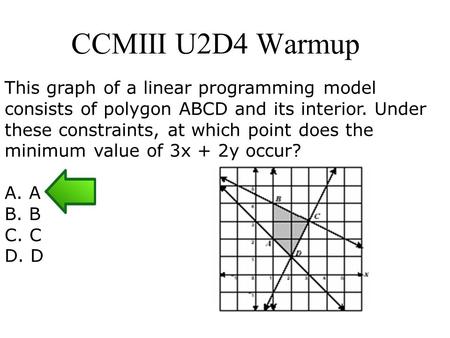 CCMIII U2D4 Warmup This graph of a linear programming model consists of polygon ABCD and its interior. Under these constraints, at which point does the. 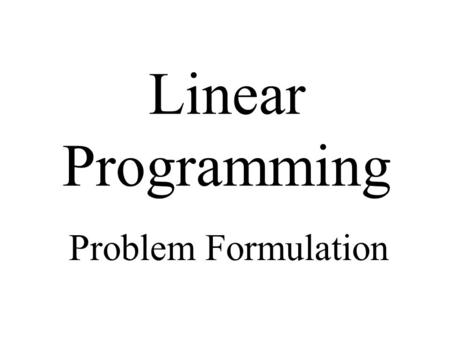 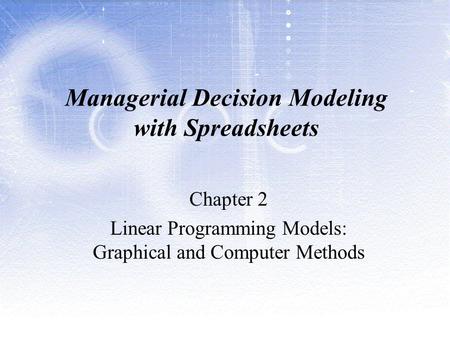 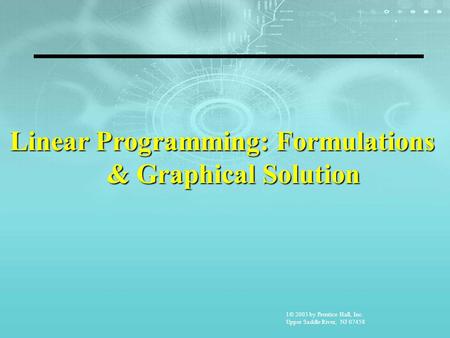 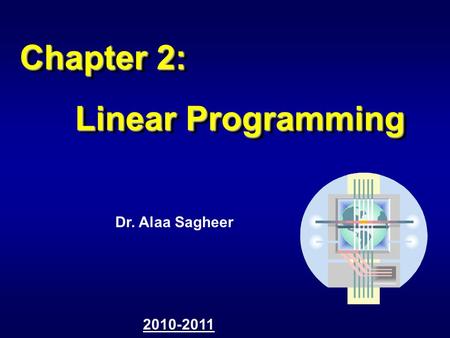 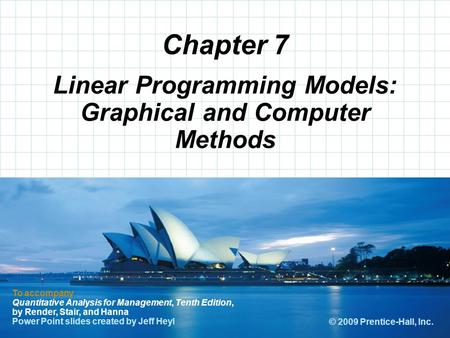 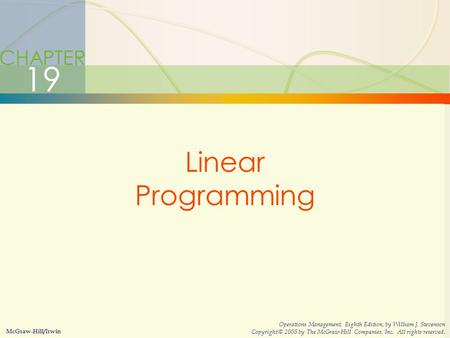 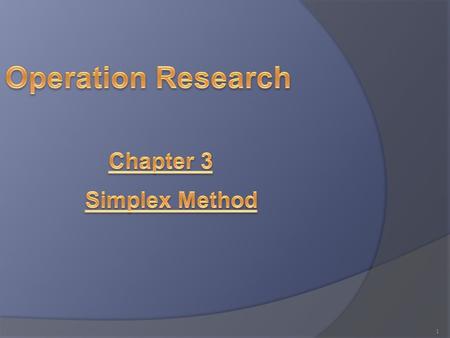 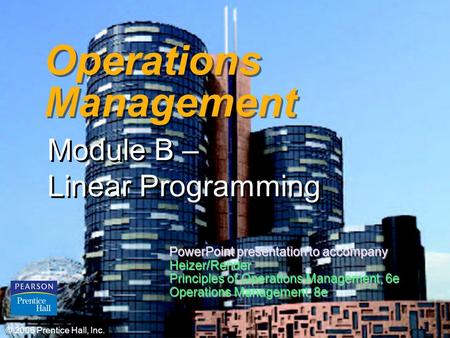 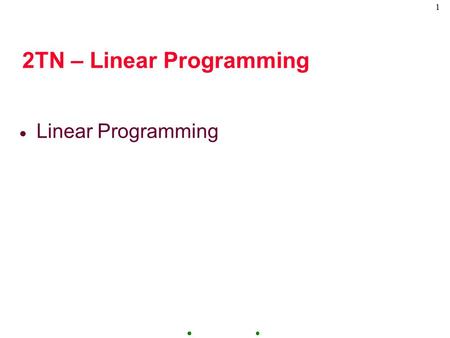