5 Router and Hosts support both IPv4 and IPv6 address. Packets are forwarded based on source and destination address similar to IPv4 networks. This method requires no translation or changes in packet header. It allows communication of IPv4 and Ipv6 openly and randomly. The drawback is that it requires change of existing systems (that support only IPv4) to new systems (support both IPv4 and IPv6), which is a costly adventure.

8 In NAT-PT, translation between IPv4 – IPv6 is done on a best effort basis; fetching and mapping addresses from a given pool. Each IPv6 address is mapped to an IPv4 address and vice versa. The DNS returns the mapped address (in NAT device) to host for further communication. Due to lack of one to one mapping in dynamic NAT-PT, some security information may be lost during translation.

10 The aim of tunneling is to provide an interworking device that ensures communication between end hosts or networks which are IPv6, but separated by an IPv4 cloud (network). Tunneling encapsulates IPv6 packets in IPv4 packets for delivery across an IPv4 infrastructure. Tunneling does not require any change in the existing IPv4 network.

14 Continued… NAT-PT Tunneling NAT-PT is essentially a method for communication between IPv6 only and IPv4 only nodes NAT-PT translation is transparent to the end users A NAT device can support multiple pools. Used mostly with Intranet, and not on large scale. Tunneling is for communication between IPv6 – IPv6 clouds over an IPv4 network (cloud). Does not necessarily use optimal path between hosts. A tunnel can’t support more than two IPv6 clouds. Can be deployed over internet for IPv6 connectivity.

16 Each of the three translation mechanisms for IPv6 has some pros and cons. In real world Dual Stack is implemented where possible (hosts and routers support IPv4 and IPv6 both). NAT- PT is usually used over small intranet networks and Tunneling is deployed in all other cases to connect IPv6 hosts to other hosts over IPv4. On a large scale, Tunneling is preferred as it offers most support, at minimal cost. 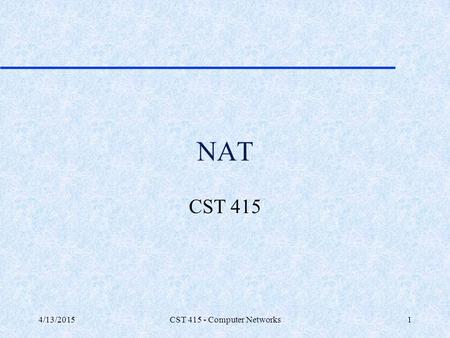 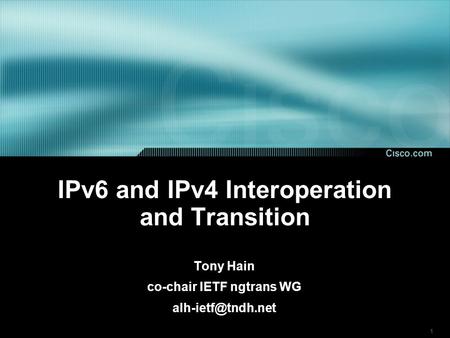 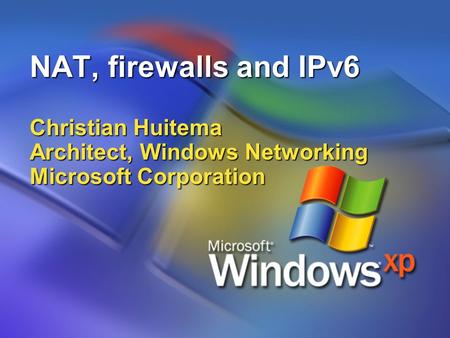 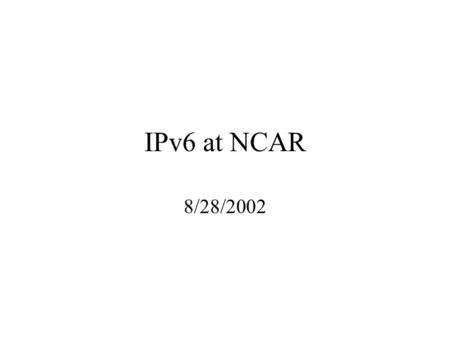 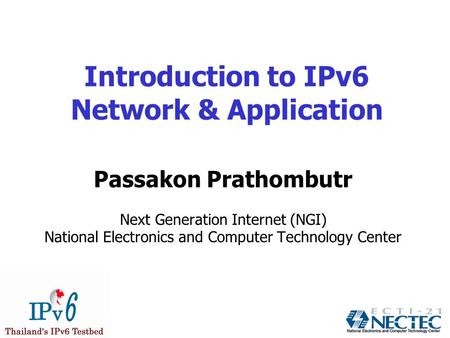 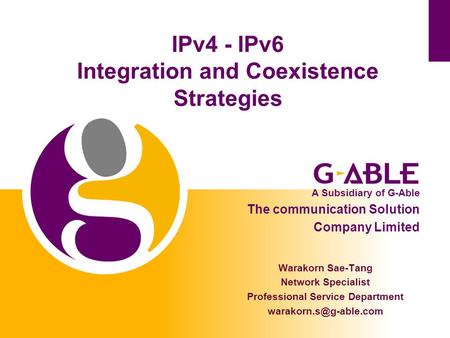 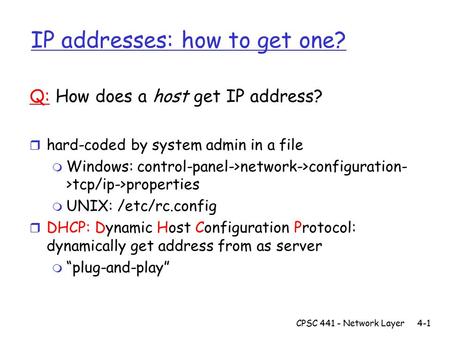 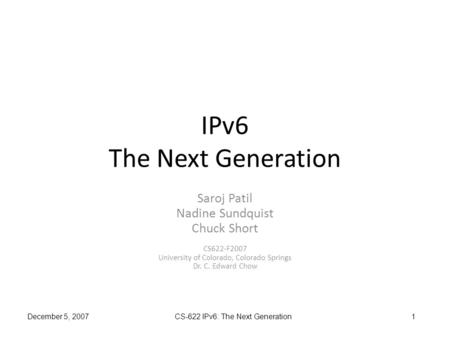 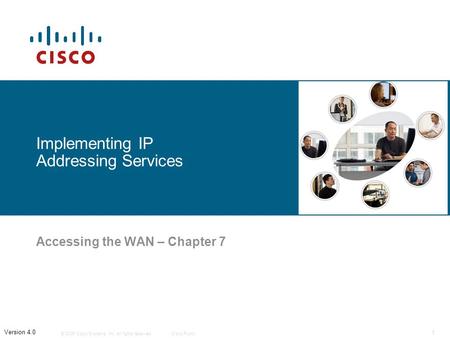 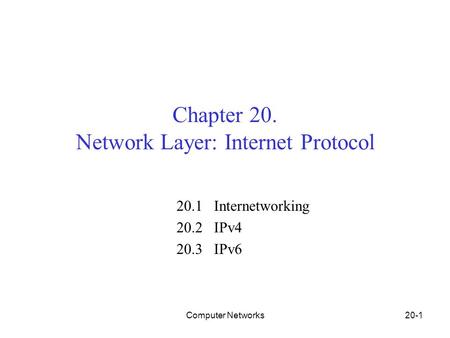 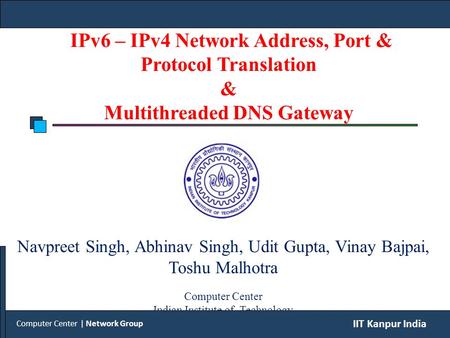 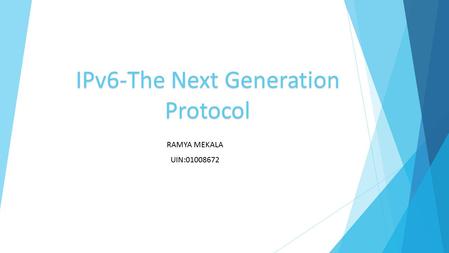 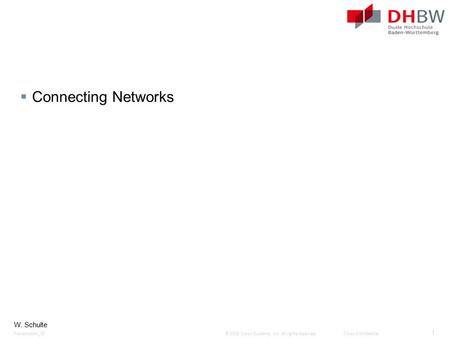 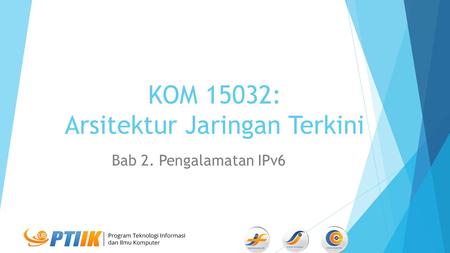 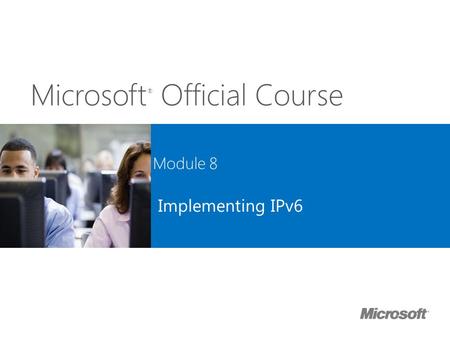 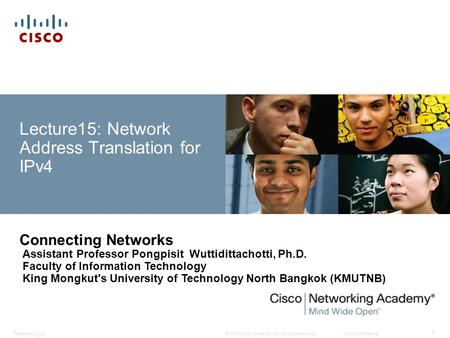 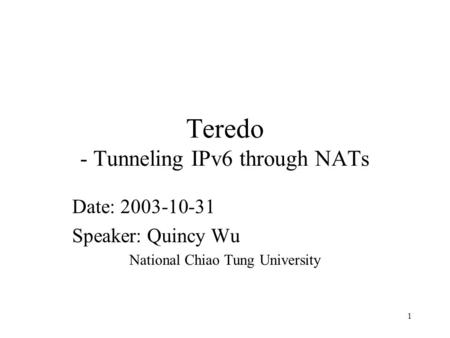 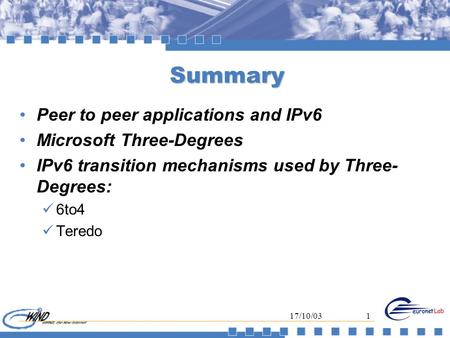 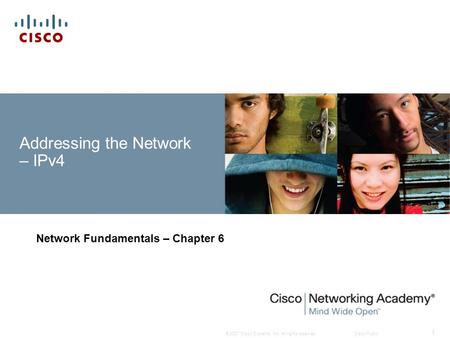