10 We de-Sitter deform MN background by changing the four dimensional Minkowski space-time to a de-Sitter in addition we let F be a nontrivial function of rho in order to have a warp solution. In order to find this background we need to solve the IIB supergravity equations of motion. By considering G, a and string coupling as a function of radial coordinate, rho, these equations are

12 If we consider D5-brane localized at a point in 3-sphere and radial coordinate rho as a function of four dimensional de-Sitter space the effective action for D5-brane after integrating over 2-sphere will be Where E is the Error function. Now if we write this effective action in a canonical form

13 By change of variable we write the action in a canonical form.

14 In order to calculate the inflation potential we need to know the behavior of different functions appearing in equations of motion. Asymptotic large distance behavior of these functions are Then the first leading term in potential will be: And the slow rolling parameter is

15 GKMW Background This background corresponds to solution of IIB supergravity equations of motion for wrapped NS-5 branes on two sphere with N=2 susy in four dimensions. In order to find slow rolling parameter for de-Sitter deformed GKMW background we start from the effective Lagrangian for SO(4) gauged supergravity in D=7 (hep-th/ ) The Metric and gauge field in this background are And a, f, F, x and y are functions of radial coordinate

16 Equations of motions are

26 Inflation in de-Sitter deformed N=2* throats
The relevant throat geometry is that of the supergravity dual to N=2* susy gauge theory constructed in (Pilch and Warner hep-th/ ). Construction of de-Sitter deformed geometry is as before. We start with a five dimensional gauged supergravity and uplift it to ten dimensions. Here also there two region for power series solutions. The final results for slow rolling parameter for a D3-brane probe is

27 Turning on the Fermionic mass increases slow rolling parameter but from equations of motion it can be set to zero. But the Bosonic mass square can be either positive or negative.

31 calculate some properties of our model.
Supergravity approximations: Size of compactification manifold is much bigger than the string length and the string coupling is very small. D3-brane moving deep inside the throat far from UV and IR region where slow rolling parameter is very small. Also we need some parameters in order to calculate some properties of our model. UV IR 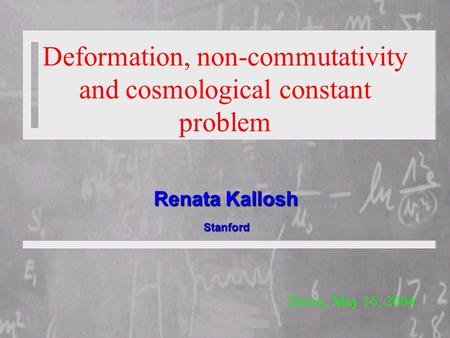 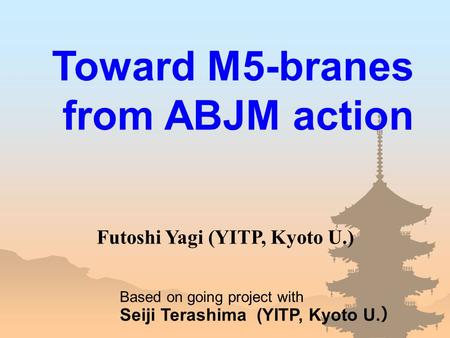 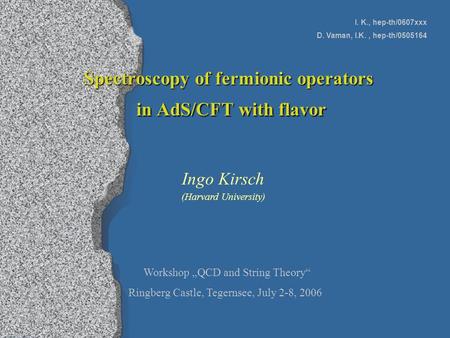 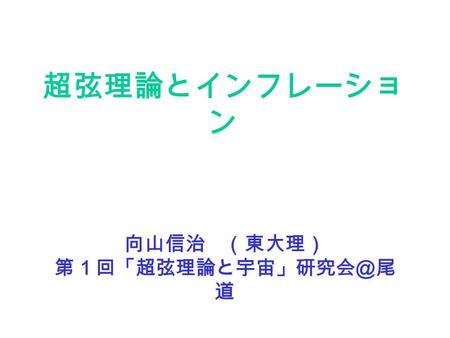 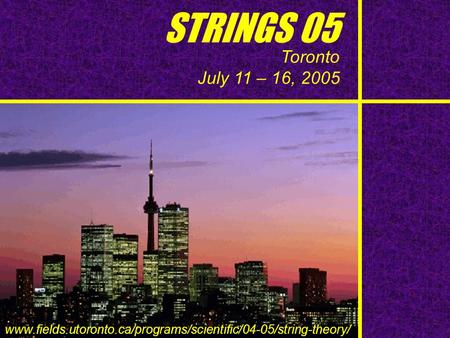 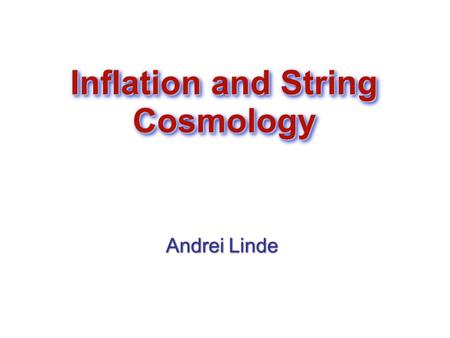 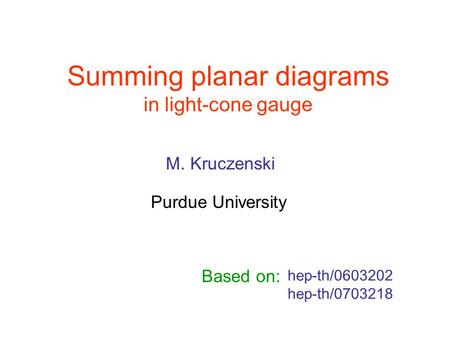 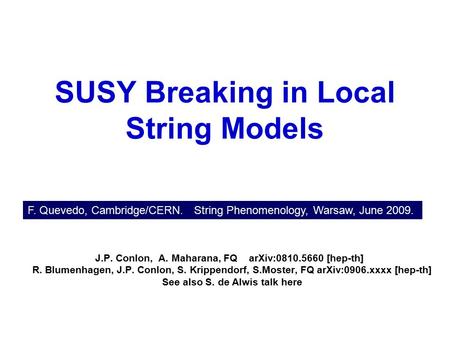 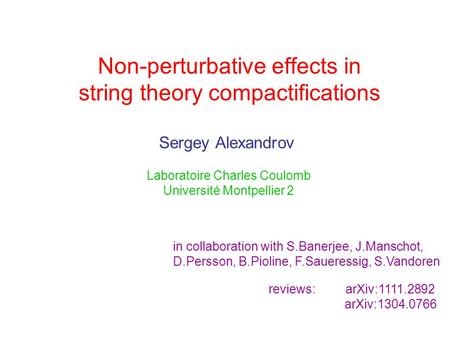 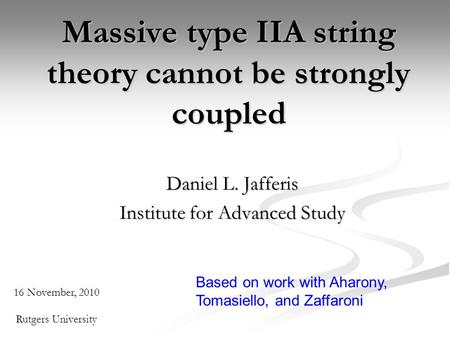 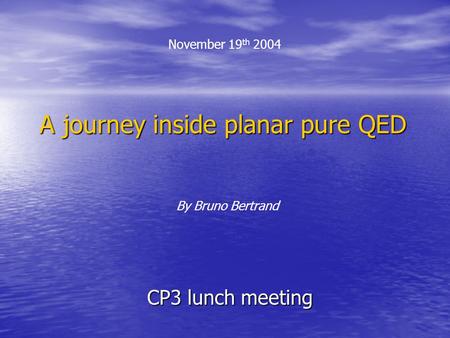 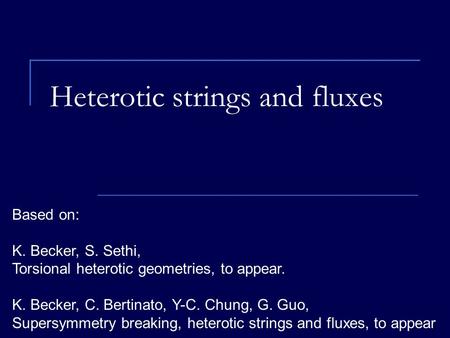 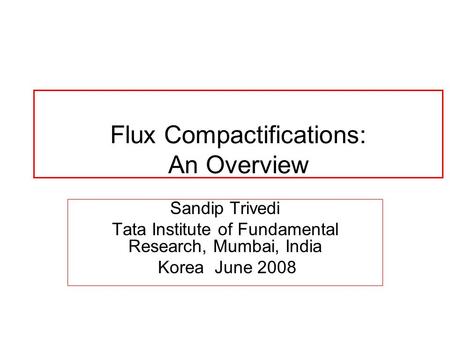 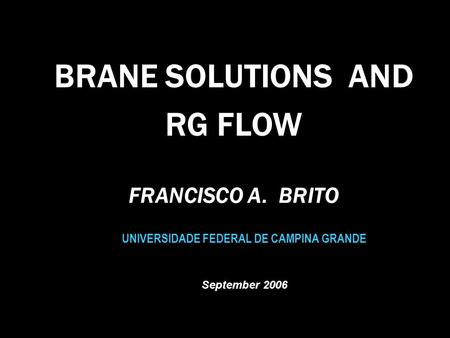 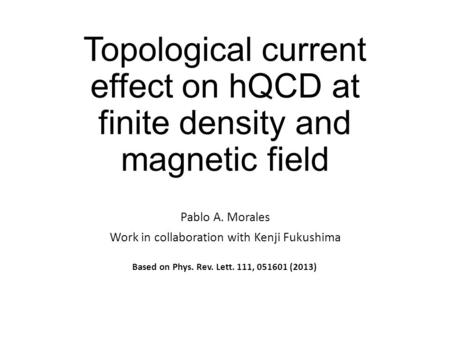 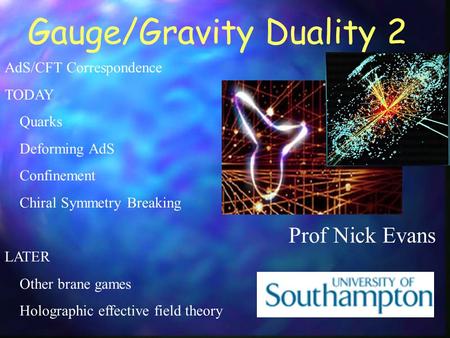 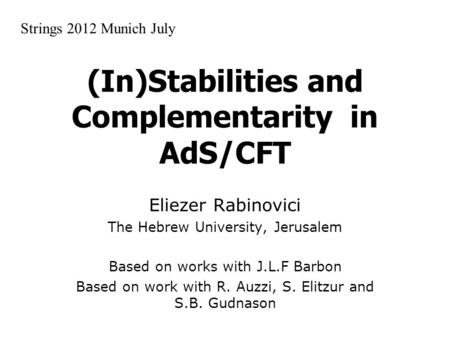 (In)Stabilities and Complementarity in AdS/CFT Eliezer Rabinovici The Hebrew University, Jerusalem Based on works with J.L.F Barbon Based on work with. 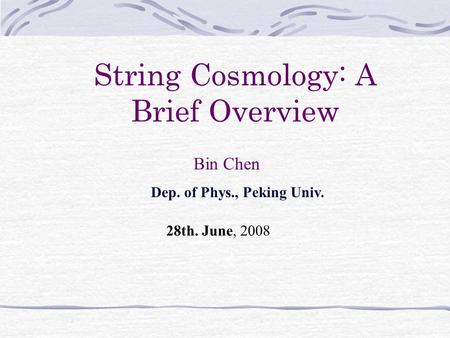 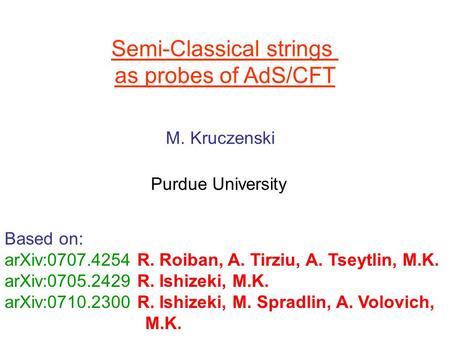 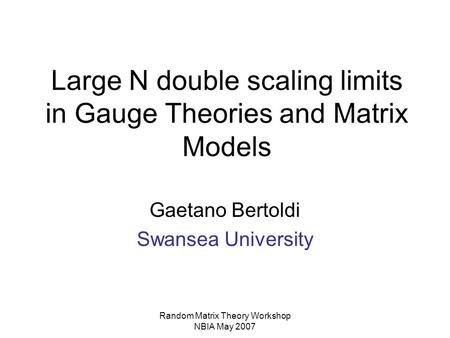