2 How does the Earth get heated?
Energy transfer from the sun

3 Energy The ability to do work or cause change Temperature Gas
The average amount of energy of motion of each molecule (the measure of how hot or cold something is) Gas Moving particles, the hotter they get the faster they move

5 Conduction The transfer of heat energy from one substance to another through DIRECT contact The Earth’s surface heats the air (gas) molecules directing above it Molecules of air gain energy when they collide with the molecules in grains of hot sand.

7 Density and Convection
The atmosphere gets less dense at higher altitudes Warm air is less dense than cold air Warm air has more energy, so molecules move faster than cold ones This makes them collide more, then they spread out More space between molecules = less dense

9 Earth’s absorption of Radiation
30% of incoming solar energy is reflected by clouds 70% is absorbed and becomes different forms of energy Absorbed by oceans, landforms, and living things (photosynthesis and respiration) This absorbed energy heats the Earth’s surface

11 Gases Absorb and Give Off Radiation
The Atmosphere affects light in 4 ways. Absorbs Light Reflects Light Lets Light Pass Through Emits (Gives Off) Light On sunny days more visible light gets to the earths surface. On cloudy days clouds reflect and absorb most of the sunlight

13 Ozone Layer Protects Life
Ozone - O3 Ozone in stratosphere is called the ozone layer Protects life on Earth Absorbs harmful ultraviolet radiation from sun Too much can cause sunburn, skin cancer, and can harm crops, plastic or paint Lets other types of radiation like visible light through

15 Greenhouse Effect Animation Keeps Earth Warm
Slow the movement of energy away from the Earth’s surface Greenhouse gases Includes carbon dioxide, methane, water vapor, and nitrous oxide Gases mix with gases in the air like nitrogen and oxygen. Not its own layer Found in the troposphere Absorbs and emits infrared radiation Animation 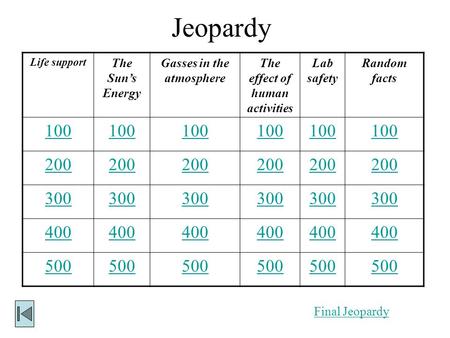 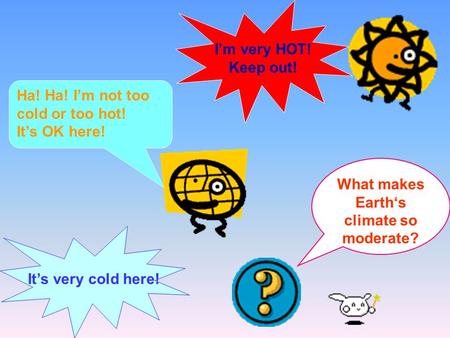 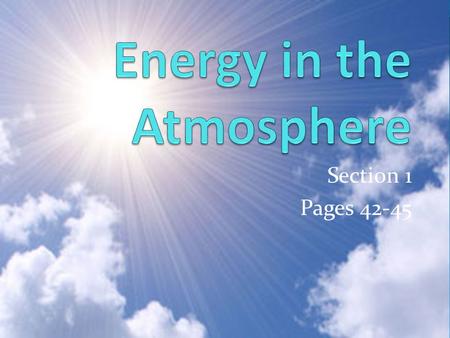 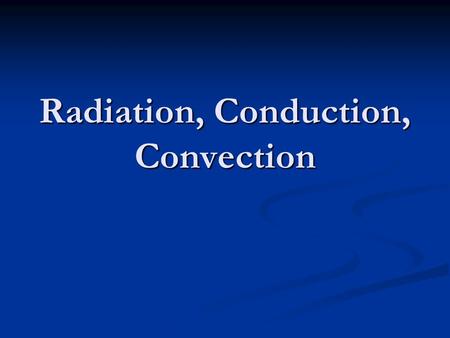