3 3 Personal background NZ’s GAC representative since 1999 Was on the secretariat of the WGIG for six months in 2005 Was the inaugural chair of the.nz Oversight Committee, 2002-2007 Currently Vice-President of InternetNZ

4 4 A definition of Internet governance “... (it is) more than Internet names and addresses … it includes other public policy issues, such as critical Internet resources, the security and safety of the Internet, and developmental aspects and issues pertaining to the use of the Internet.” Working Group on Internet Governance, June 2005

8 8 Role of ICANN and the GAC Private sector leadership with government support Critical importance of recognising the multistakeholder environment … … which must include governments GAC role is ‘advisory’ - advice must be heard and responded to when there is consensus … … but is not always clear or concise And government interest will not diminish, it will grow

9 9 The Changing International Environment Influence of the WSIS (and the WGIG) on multistakeholder participation New roles for the ITU as an intergovernmental treaty organisation Challenges from the ‘BRICs’: driven in part by language, US dominance, alternate government policies BUT: need for a broad perspective - key role of the Internet Governance Forum 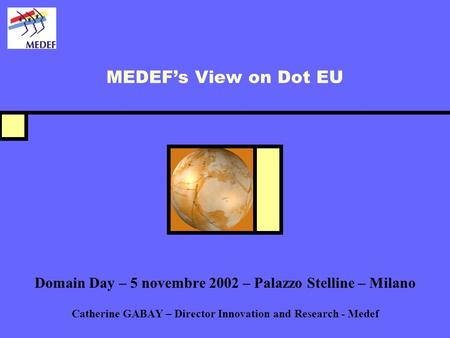 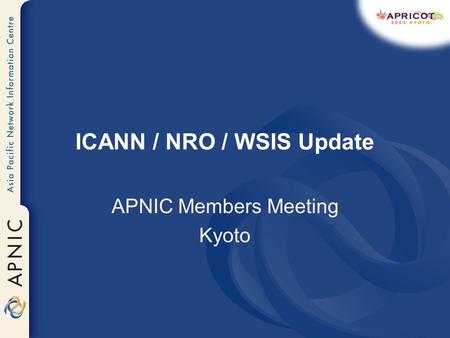 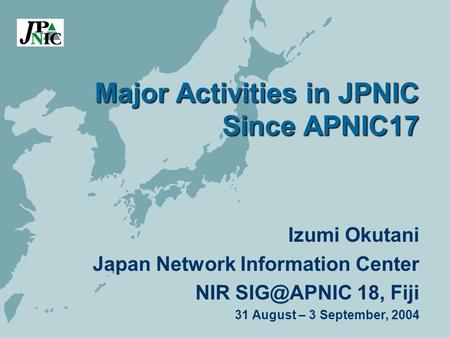 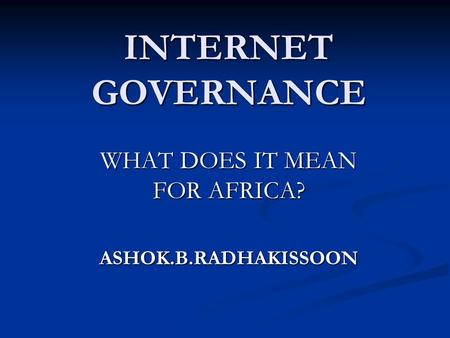 INTERNET GOVERNANCE WHAT DOES IT MEAN FOR AFRICA? ASHOK.B.RADHAKISSOON. 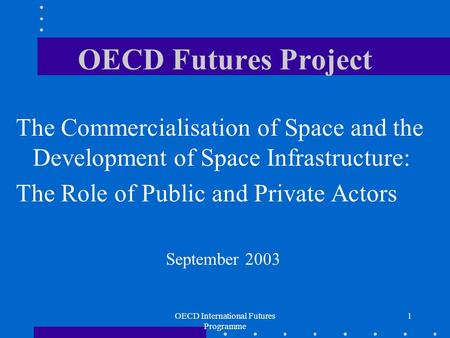 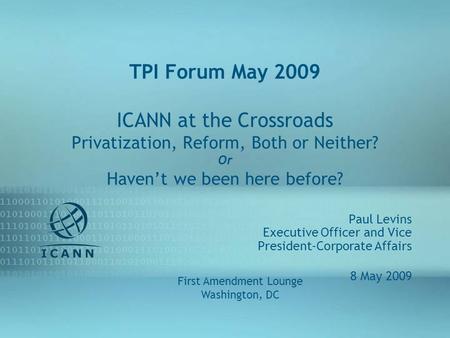 TPI Forum May 2009 ICANN at the Crossroads Privatization, Reform, Both or Neither? Or Havent we been here before? Paul Levins Executive Officer and Vice. 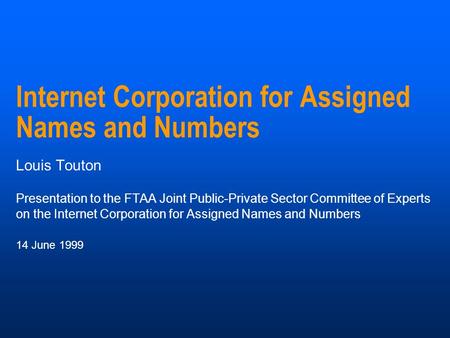 Internet Corporation for Assigned Names and Numbers Louis Touton Presentation to the FTAA Joint Public-Private Sector Committee of Experts on the Internet. 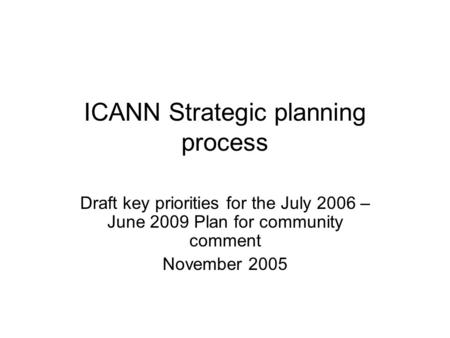 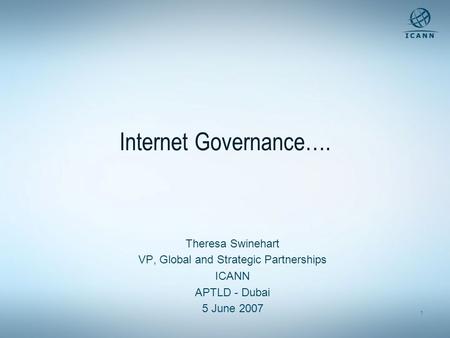 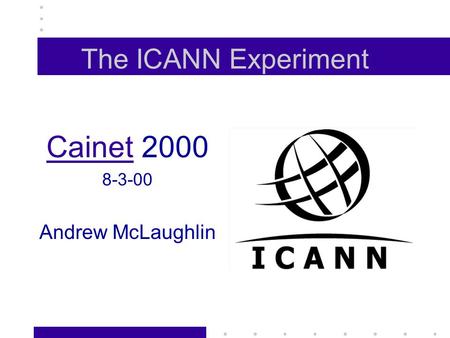 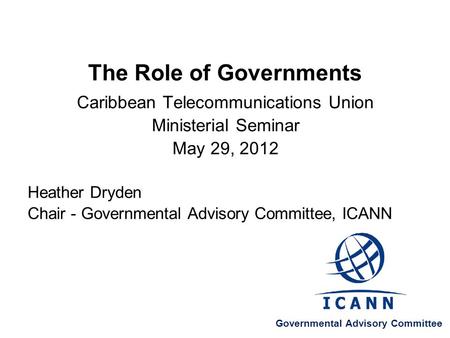 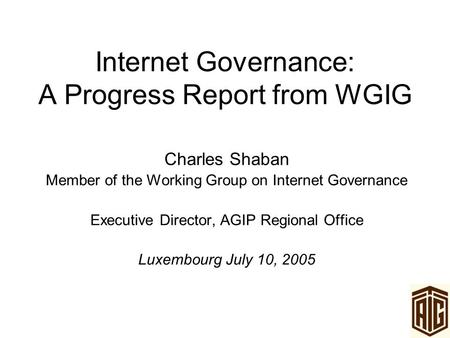 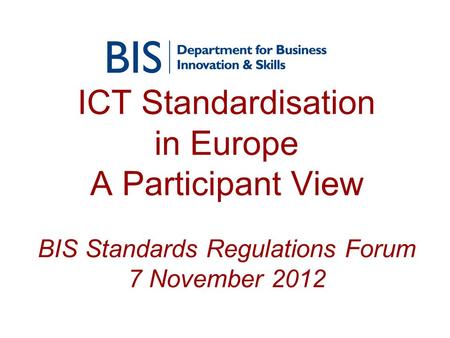 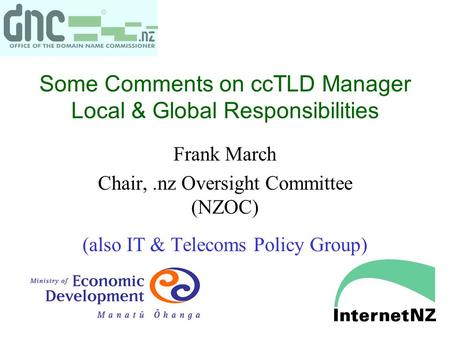 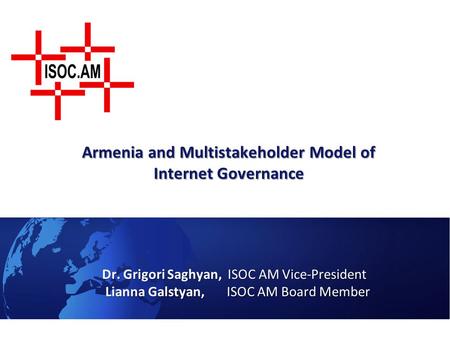 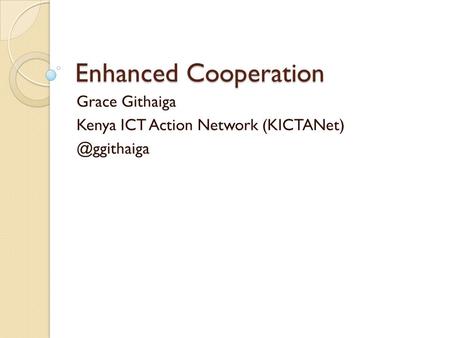 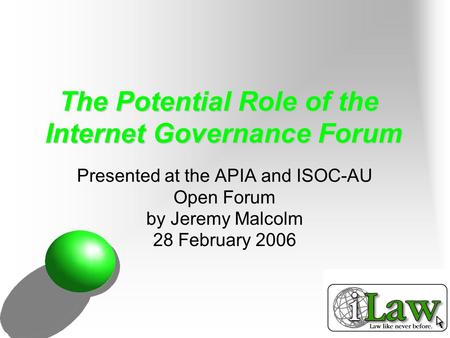 The Potential Role of the Internet Governance Forum Presented at the APIA and ISOC-AU Open Forum by Jeremy Malcolm 28 February 2006. 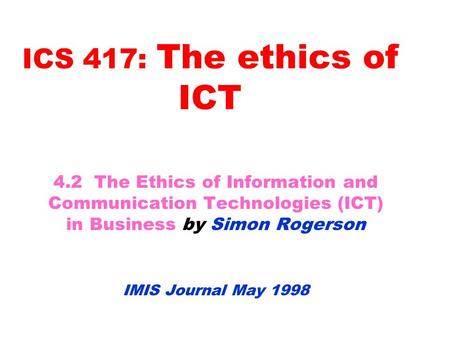 ICS 417: The ethics of ICT 4.2 The Ethics of Information and Communication Technologies (ICT) in Business by Simon Rogerson IMIS Journal May 1998. 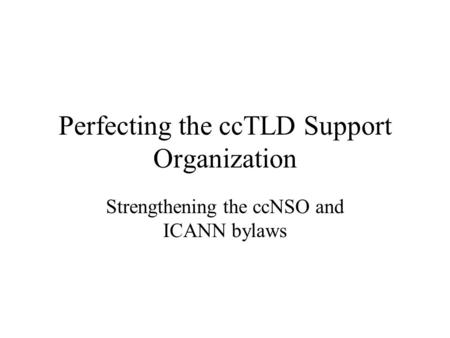 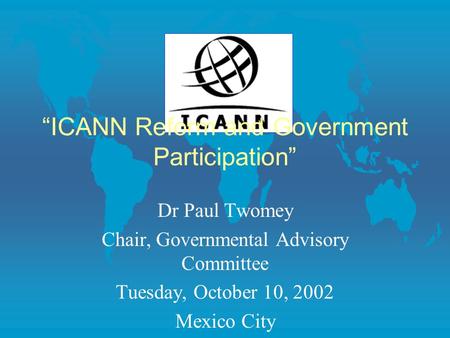