2 } When we discuss motion what are we talking about?
Translation – motion from one point to another along a straight line. } Rotation – motion along a curved path – circular motion Discussed Later Vibration – oscillatory motion Kinematics – The study of motion. This include all the types of motion listed above, but is most commonly used with translation. Translational motion can occur in one, two or three dimensions. We will begin with a discussion of one dimensional motion. What quantities do we use to describe motion? What do these quantities describe? Position - Location at a specific instant in time. Velocity - The rate at which the position of an object changes with time. Acceleration - The rate at which the velocity of an object changes with time. Time - An arbitrary quantity originally associated with the motion of the sun and moon. All motion can be described in terms of these quantities. Remember all the equations that we will be using are mathematical models that describe data collected based on observations. Models can be changed as new evidence becomes available.

4 Example: Start x0 = 0 100 Yards For each case shown what is the distance traveled and what is the displacement? d = Dx = 100 Yards d = Dx = 150 Yards d = Dx = 200 Yards 100 Yards 50 Yards 0 Yards Notice that the distance and displacement do not have to be the same! Distance is what we call a scalar quantity, it only has a magnitude. This numerical value provides all the information you need to know about a distance. d = 150 Yards Displacement is a vector quantity, it has magnitude and direction. The displacement requires a numerical value and a direction. Dx = 50 Yards to the right

5 An object goes from one point in space to another.
After it arrives at its destination, its displacement is: 1. either greater than or equal to 2. always greater than 3. always equal to 4. either smaller than or equal to 5. always smaller than 6. either smaller or larger than the distance it traveled. Answer: 4.The displacement is the vector pointing from the final and to the initial position (and can be negative).The distance traveled is the absolute length of the path traversed; it is always positive and can be larger than the displacement.

6 Velocity - The rate at which the position of an object changes with time in a particular direction. There are two ways we discuss velocity. Average velocity - estimated velocity over a relatively large time interval. Instantaneous velocity - velocity at a particular instant of time (or over infinitesimally small time interval). 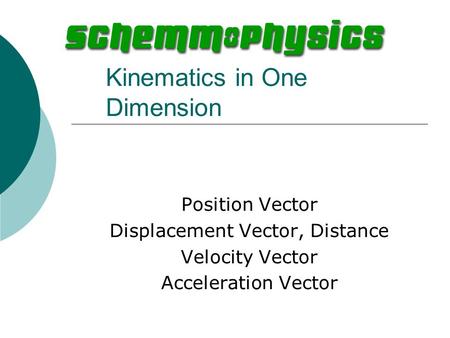 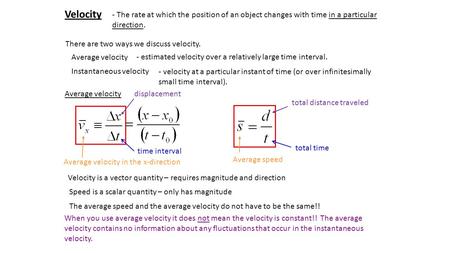 Velocity - The rate at which the position of an object changes with time in a particular direction. There are two ways we discuss velocity. Average velocity. 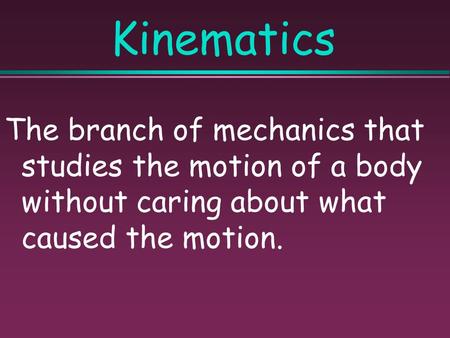 Kinematics The branch of mechanics that studies the motion of a body without caring about what caused the motion. 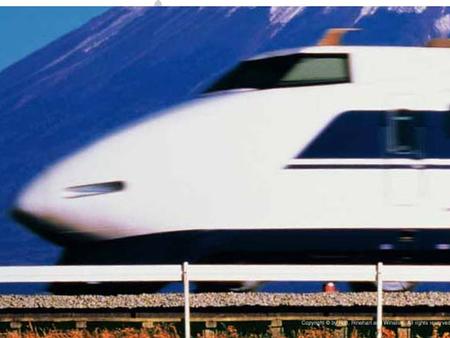 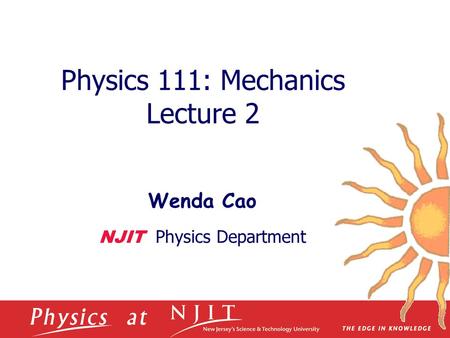 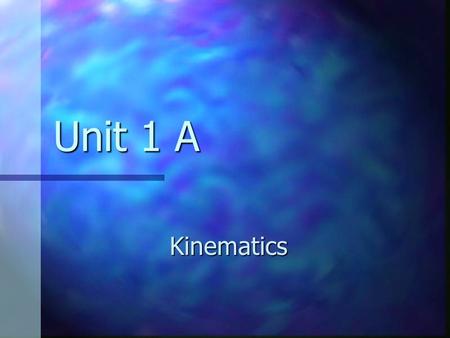 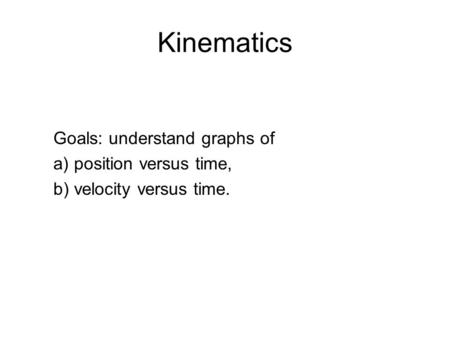 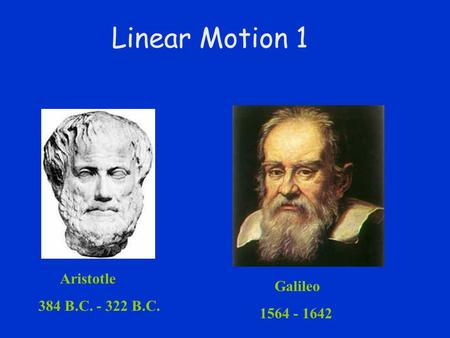 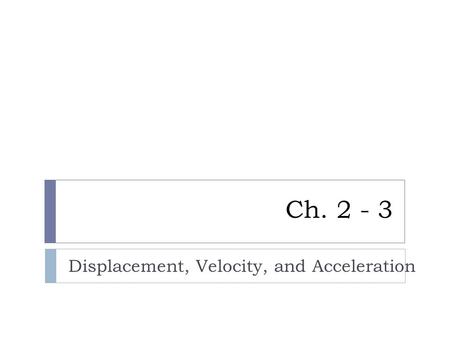