2 Recapitulation of passive disk structure equations. I. and mass surface density,, where the in the equation above right is taken to mean the density at the disk midplane. Equation for hydrostatic equilibrium using only stellar gravity. For an ideal gas where c is the sound speed (c 2 = RT). Solving yields the scale height, H,

3 Recapitulation of passive disk structure equations. II. In the previous analysis we did not consider that there is a radial pressure gradient, which exerts an acceleration since pressure = force/unit area. Thus, a(pressure)= dPA/m=dPA/ Adr. Balancing gravity, centripetal acceleration, and pressure gives: A dr F=PA Thus, the gas in passive disks moves at slightly sub-Keplerian speeds.

5 What do other obs. tell us? Radial structure of the MMSN: Mass surface density varies as r -3/2 in this model, what do aperture synthesis observations of circumstellar disks have to say?

6 Mm-interferometry observations of disks. I. Overview If you ASSUME the temperature and mass surface density vary as power laws of radius, and that the mass opacity coefficient varies as a power of the frequency, analytical fits to resolved mm-wave aperture synthesis data can directly constrain the exponents. Andrews & Williams 2007, ApJ 659, 705

7 Mass surface density seems flatter than that from the MMSN, while the temperature distribution (at the midplane) is intermediate between that expected for flat and flared disks. Dust growth and settling? The mass surface density is highly uncertain, both due to materials properties and the unconstrained gas:dust ratio. Andrews & Williams 2007, ApJ 659, 705 Mm-interferometry observations of disks. II. Statistical Results

8 What is viscosity? x y For Newtonian fluids, the shear stress,, is u/ y) and where is the dynamic viscosity, is the kinematic viscosity and is the density Units? m 2 /s or cm 2 /s (CGS= 1 Stokes), that is, a velocity × a length scale. In turbulent fluids, the transport of heat and energy is NOT driven by molecular viscosity, but by eddies. For example, for water: H 2 O (1) ~ 10 -3 Pa-s (dynamic viscosity) Ocean ~ 10 7 Pa-s (from transport) Similarly, in circumstellar disks the molecular gas viscosity is many orders of magnitude too small to account for the observed transport, some other means of generating viscosity must be found. Velocity, u Imagine applying a linear stress field to a fluid (by placing it between a rotating and fixed plate, for example):

9 Viscous Disks x y In circumstellar disks the molecular gas viscosity is many orders of magnitude too small to account for the observed transport, some other means of generating viscosity must be found. What, roughly, is required in a turbulent model? Time scale ~ 10 5 – 10 6 years at a few tens of AU n ~ 10 16 cm 2 /s Plausibly, n~v convection L ~ 10 4 cm/s L or L(eddy) ~ 10 12 cm etc. Source of this viscosity? Opacity from dust? Can work in special circumstances if k is temperature dependent. Most popular culprit is magnetic fields via the Balbus- Hawley instability (more later when we look into planet migration). For this to work the disk must be partially ionized. Velocity, u If viscosity is characterized as velocity × a length scale then the time scale for a fluid to respond should be

10 The so-called alpha disk model: Assume that the sound speed characterizes the velocity associated with the viscosity and the gas scale height the length scale, multiplied by a dimensionless parameter. Values of a near 10 -2 are needed to fit the observables (more in just a bit). What does this imply about the radial structure of such disks, and do these properties correlate with the fits derived from mm-interferometry?

11 Radial evolution of a constant disk: Solving the eq. for yields a characteristic time t s, where R 1 is the location at which 40% of the mass lies inside R 1. Gas within R t moves inward. Does R make sense? Note that the fractional ionization by cosmic rays goes like n -1/2, where n=gas density, and so goes up with R! This should help drive the Balbus- Hawley instability. Hartmann et al. 1998, ApJ 495, 385 Time evolution of the mass surface density subjected to a point mass M. The alpha model requires that the viscosity be a power law function of radius (for constant ).

13 Do disks correspond to observations? I. The SED and mass surface density profiles for INDIVIDUAL disks can certainly be well fit with the a disk model. However, when statistical samples of disks are studied, the scatter is large! Andrews & Williams 2007, ApJ 659, 705 Isella et al. (2009)

14 Do disks correspond to observations? II. The expected trends are likely present, but clearly the actual situation is far more complex than a constant model predicts. Nevertheless, since we have no analytical physics-based models of disk transport, it is difficult to determine what sort of (R,z, t) is appropriate. Andrews & Williams 2007, ApJ 659, 705 What about the dust evolution? Well start looking into this next time… 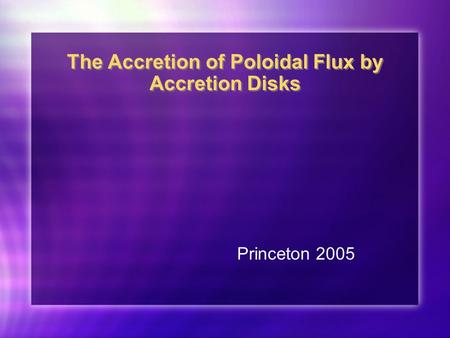 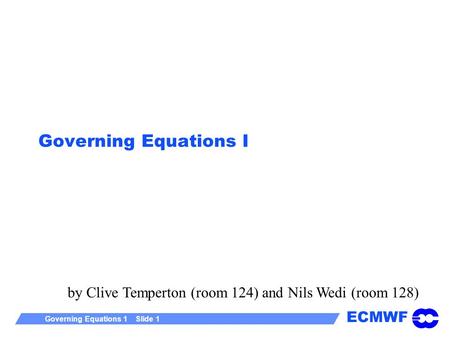 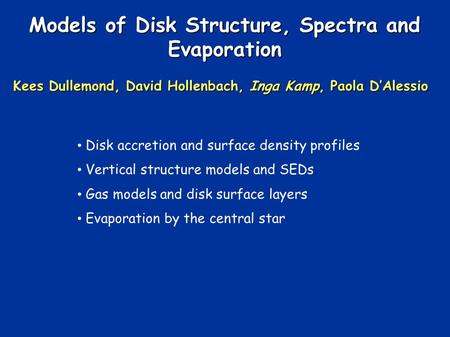 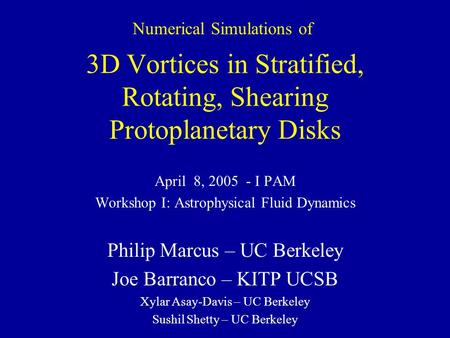 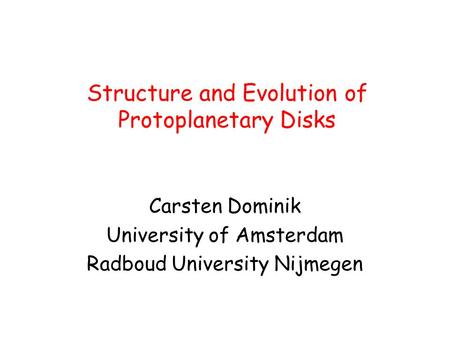 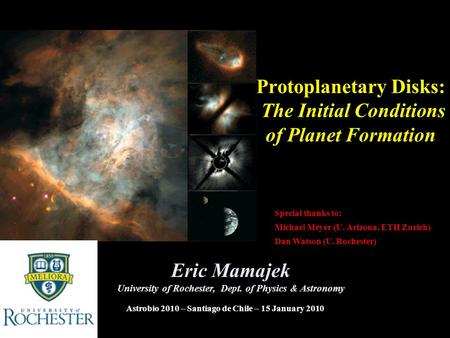 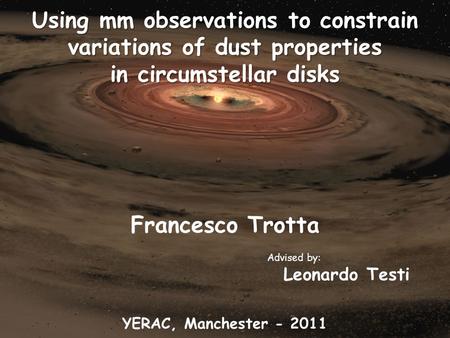 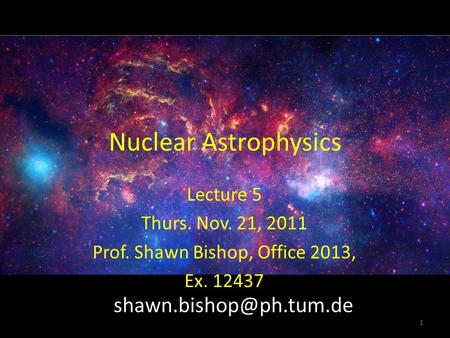 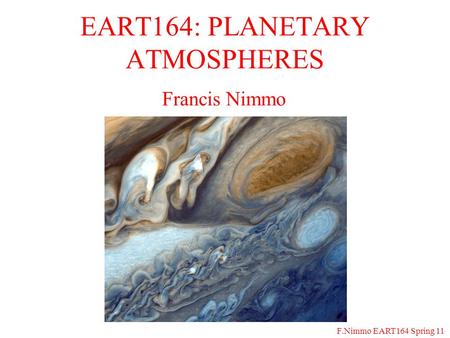 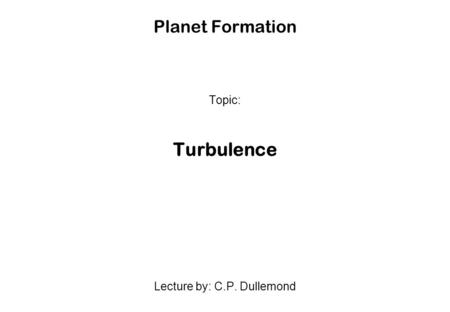 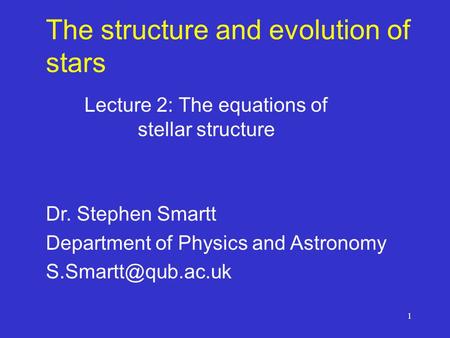 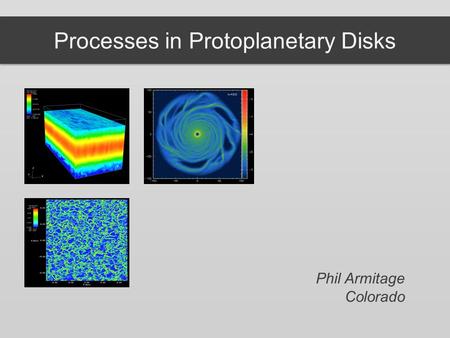 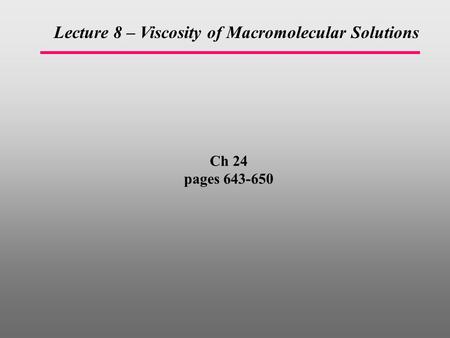 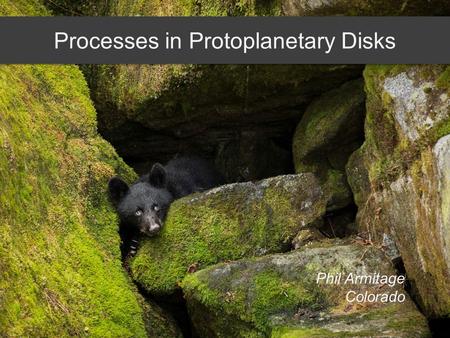 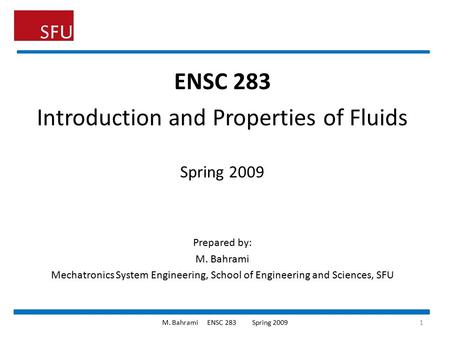 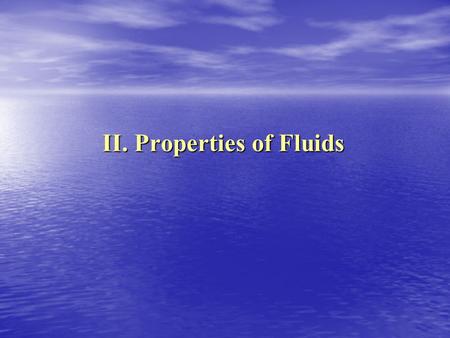