3 Timothy H. O’Sullivan Battle of Gettysburg This photograph has become synonymous with The Battle of Gettysburg, which was the most bloody battle of the American Civil War. Photographer Timothy H. O’Sullivan documented and recorded the battlefield, and this picture became a sensation. For many, this was their first chance to see, first hand, the true extent of the Civil War. However, it was not until 40 years after the battle that the pictures were mass produced, as photo-engraving had not been established. The picture shows dead confederate soldiers on the battlefield, and has earned its place in history as an iconic photograph.

5 Lawrence Beitler – Lynching Lawrence Beitler took this iconic photograph on August 7, 1930, showing the lynching of Thomas Shipp and Abram Smith. It sold thousands of copies, which Beitler stayed up for 10 days and nights printing them. It has become iconic over the years as it is one of the best and most recognizable images of lynching, which at the time was commonplace, but now serves only as a reminder of the pre-Civil Rights era. The photo shows a crowd that have turned out to view the lynching, and the audience a mixture of anger and fulfillment. The photo was so popular it has been the inspiration for many poems and songs down the years.

7 Joe Rosenthal Raising the Flag on Iwo Jima Raising the Flag on Iwo Jima is an historic photograph taken on February 23, 1945, by Joe Rosenthal. It depicts five United States Marines and a U.S. Navy corpsman raising the flag of the United States atop Mount Suribachi during the Battle of Iwo Jima in World War II. It became the only photograph to win the Pulitzer Prize for Photography in the same year as its publication, and came to be regarded in the United States as one of the most significant and recognizable images of the war, and possibly the most reproduced photograph of all time.

9 Alberto Korda Che Guevara Alberto Korda’s well known photograph of Marxist revolutionary Che Guevara, titled ‘Guerrillero Heroico’ or ‘Heroic Guerrilla’ has become a symbol of the 20th centry. It shows Che, as he was known, at a memorial service for victims of the La Coubre explosion. The picture depicts the then-31 year-old’s stoic and character and now appear on T-shirts, tattoos, murials and walls all around the world. Despite being one of the most reproduced images in history, Korda, a lifelong Communist and supporter of the Cuban Revolution, claimed no payment for his picture. The rights of the picture are now disputed. Still, it remains one of the most iconic photographs of the 20th century.

11 Eddie Adams – Nguyễn Ngọc Loan executing Nguyễn Văn Lém Most of the iconic images of the 20th and 21st century have owned their photographers Pulitzer prizes for their work, and this image is no exception. Eddie Adams was famous for his portraits of celebrties and for being a prolific photojournalist, having been in 13 wars. However, possibly his most famous image is of the execution of Nguy?n Van LÈm by Nguy?n Ng?c Loan during the Vietnam War. Adams later apologized in person to General Nguyen and his family for the irreparable damage it did to Loan’s honor while he was alive.

13 Moon Landing Possibly the most talked-about, debated and controversial picture in history, the picture of the moon landing has been seen as a feat of human engineering at its best, and has been speculated as a hoax by contractors of the event. Those in doubt of the authenticity of the picture have come up with many suggestions as to why and how it might have been faked. However, none of the accusations have been proved correct and the debate continues in some circles. For many, though, it provides a sense of accomplishment and acheivement by the human race to send a man to the moon, which for years was considered an impossibility. The American flag also installs national pride in the US as the winners of the so-called ‘Space Race’, and their establishment as the world’s one remaining super power.

15 Richard Drew – The Falling Man “The Falling Man” is a photograph taken by Richard Drew at 9:41:15 a.m., on September 11, 2001 of a man falling from the World Trade Center during the September 11 attacks in New York City. The man in the photograph remains unknown. Many people find the image disturbing because it is a horrific image of what people had to resort to during the attacks. The picture is deceptive, however, as it suggest that man was falling straight down, however, this is just one of many photographs of his fall. It is evident from these other pictures that he tumbling out of control.

17 Huynh Cong Ut – Napalm Strike This photo of a naked and terrified young girl running towards Pulitzer prize-winning photographer Nick Ut has entered popular culture as a symbol of the horror of the Vietnam War. It was taken during the American bombing of the village of Trang Bang, Viet Nam. However there has been much controversy over the events depicted in the photo. It is suggested that American bombers had nothing to do with this event and that there have been many derogatory and misleading comments about the American troops in regard to this photo. Nevertheless, it is said that this photo ended the war in Vietnam and served as an icon for the peace movement that was prevalent in the 1970s.

19 Stanley J. Forman Fire on Marlborough Street On July 22, 1975, Stanley J. Forman took this infamous photograph while working for the Boston Herald. He climbed on the back of a fire truck as it raced towards a reported fire at Marlborough Street. Just as the crew had arrived at the scene, a young woman and small girl fell from an apartment above. The woman died instantly, but the young girl lived. This photo earned Forman a Pulitzer prize, and in addition, convinced Boston and several other cities to introduce more comprehensive fire safety laws.

21 Tank Man – Jeff Widener Often considered the most iconic photograph in history, ‘tank man’ or ‘the unknown rebel’ shows an act of courage and defiance and earned the anonymous man widespread fame. It took place during the protests at Beijing’s Tiananmen Square on June 5, 1989, and has subsequently become a symbol of the end of the Cold War era, and one of the most famous photographs of the 20th century. Four people claim to have took photos of the event, but the most reproduced image, and the most famous was by Jeff Widener.

23 Mike Wells – Uganda This example of emotive imagery is of child in Uganda holding hands with a missionary. The stark contrast between the two people serves as a reminder of the gulf in wealth between developed and developing countries. Mike Wells, the photographer, took this picture to show the extent of starvation in Africa. He took it for a magazine, and when they went 5 months without printing it, he decided to enter it into a competition. However, Wells has stated that he is against winning a compeition with a picture of a starving boy.

25 Kevin Carter Vulture Stalking a Child This shocking photo depicts a starving Sudanese child being stalked by a patient vulture. It is a horrific picture that gave people a true look at the dire condition in Sub-Saharan Africa. Kevin Carter, who took the photo, won a Pulitzer Prize for this work. Kevin then came under a lot of scrutiny for spending over 20 minutes setting up the photo instead of helping the child. Three months after taking the photo, he committed suicide. 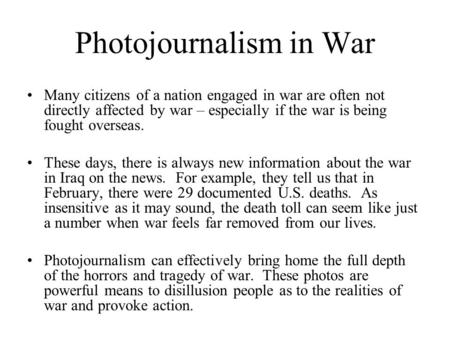 Photojournalism in War Many citizens of a nation engaged in war are often not directly affected by war – especially if the war is being fought overseas. 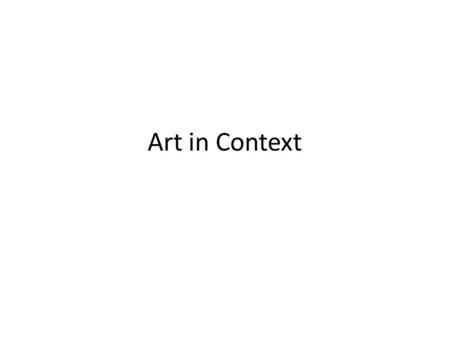 Art in Context. Critique After observing the following images, you will need to answer the following: Is it an interesting image? Why or why not? What. 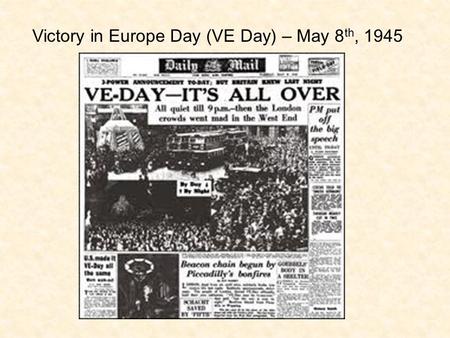 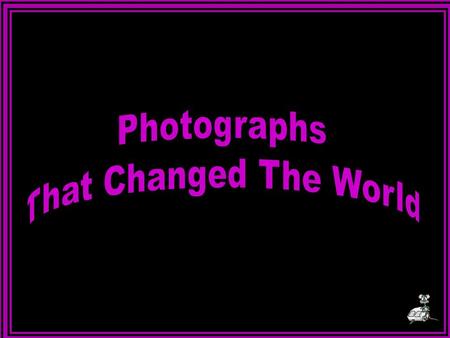 1957 The first day of Dorothy Counts at the Harry Harding High School in the United States. Counts was one of the first black students admitted in the. 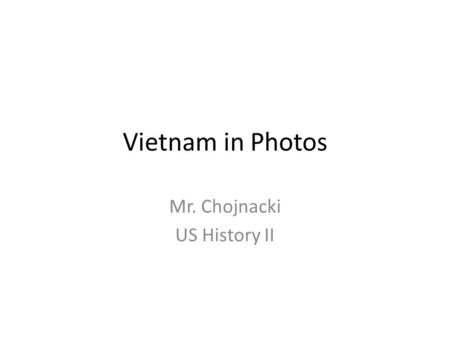 Vietnam in Photos Mr. Chojnacki US History II. Quang Duc, a Buddhist monk, burns himself to death on a Saigon street to protest alleged persecution of. 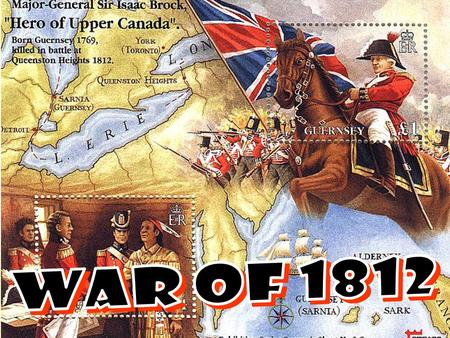 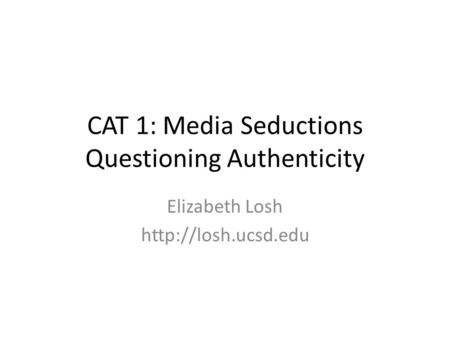 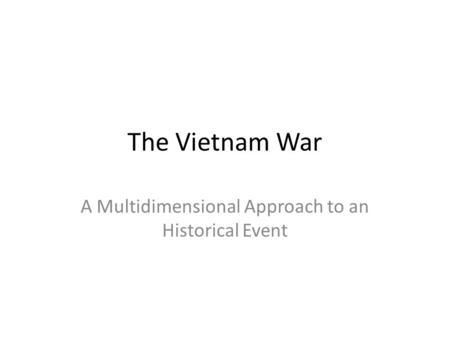 The Vietnam War A Multidimensional Approach to an Historical Event. 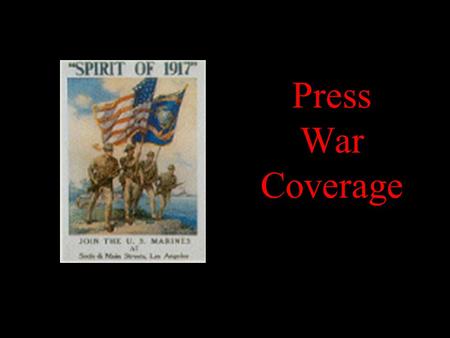 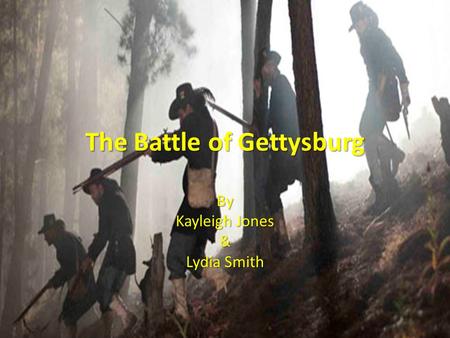 The Battle of Gettysburg By Kayleigh Jones & Lydia Smith. 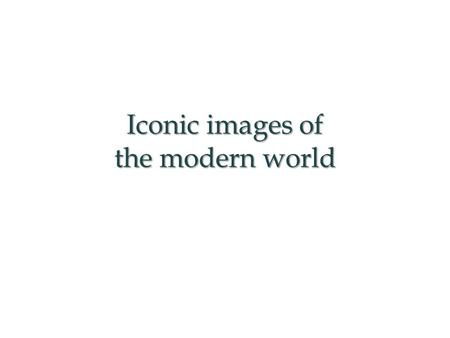 Iconic images of the modern world. This PowerPoint presentation gives examples with which to model a consideration of iconic images (1945-present). This. 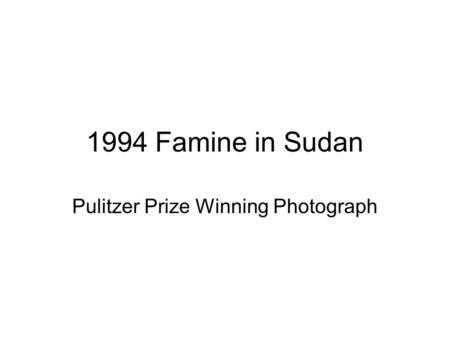 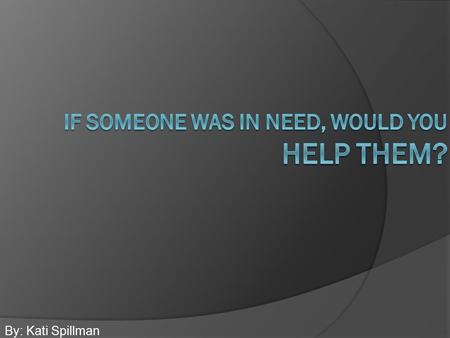 By: Kati Spillman. Sudan Famine Background Information  The picture shows a famine stricken child being watched by a vulture.  It was taken in 1994. 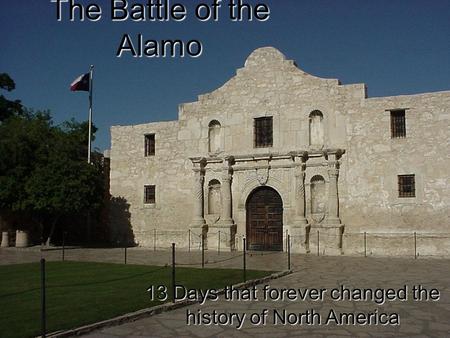 The Battle of the Alamo 13 Days that forever changed the history of North America. 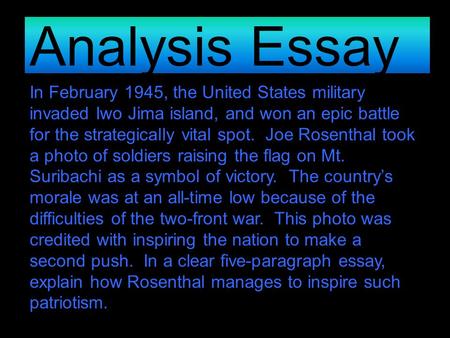 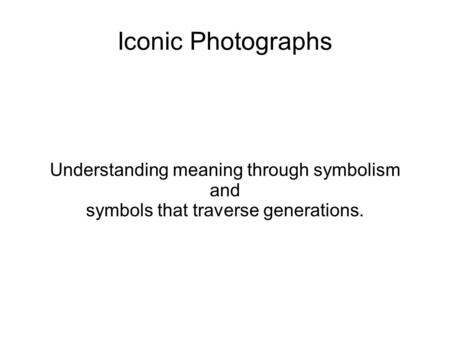 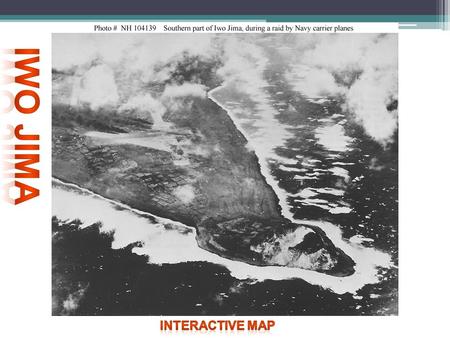 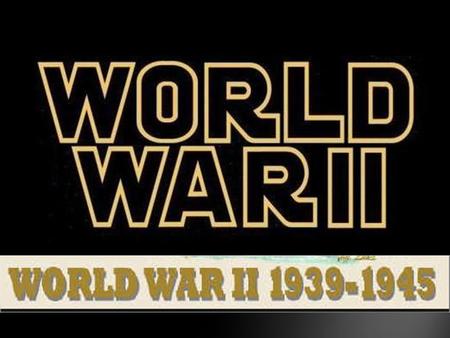 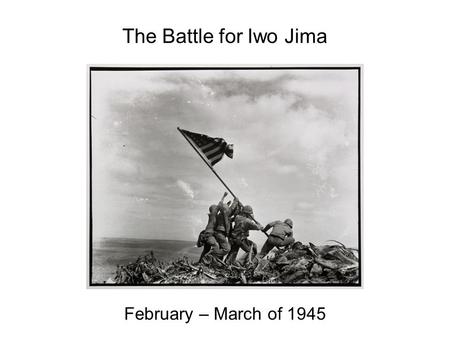 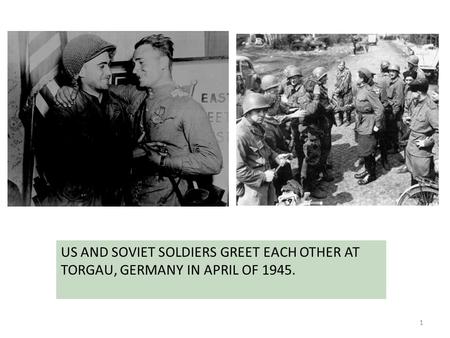 1 US AND SOVIET SOLDIERS GREET EACH OTHER AT TORGAU, GERMANY IN APRIL OF 1945.