Presentation on theme: "Chapter 1.1 – What is Science?. State and explain the goals of science. Describe the steps used in the scientific method. Daily Objectives."— Presentation transcript:

2 State and explain the goals of science. Describe the steps used in the scientific method. Daily Objectives

4 Science deals only with the natural world. Scientists collect and organize information in a careful, orderly way. Scientists propose explanations that can be tested by examining evidence. What Makes Science Unique

5 Science is an organized way of using evidence to learn about the natural world. What Science Is and Is Not

6 Scientific thinking begins with observation. Observation is the process of gathering information about events or processes in a careful, orderly way. Observation generally involves using the senses. Observing and Asking Questions

7 After making observations scientists can make inferences. An inference is a logical interpretation based on prior knowledge or experience. Inferences can help to form a hypothesis. Thinking Like a Scientist

8 A hypothesis is a proposed scientific explanation for a set of observations. A hypothesis may be ruled out or confirmed. Inferring and Forming a Hypothesis

10 The factors that change in an experiment are called variables Only one variable should be changed during the experiment All other variables should be kept unchanged, or controlled. Designing Controlled Experiments

13 Scientists use experimental data as evidence to support, refute, or revise the hypothesis being tested, and to draw a valid conclusion. Drawing Conclusions

14 Science is an ongoing process that involves: Asking questions Observing Making inferences Testing hypotheses Science as a Way of Knowing

15 Because of new knowledge gained through research, scientists continually revise and reevaluate their ideas An understanding of science and the scientific approach is essential to making intelligent decisions about many important topics. Science and Human Values

Download ppt "Chapter 1.1 – What is Science?. State and explain the goals of science. Describe the steps used in the scientific method. Daily Objectives." 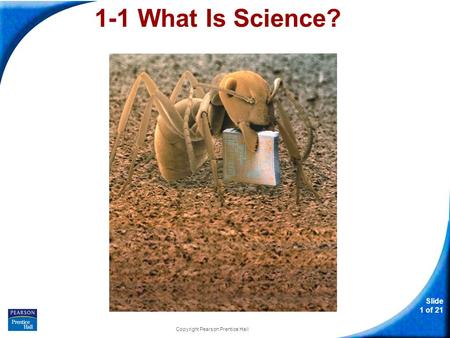 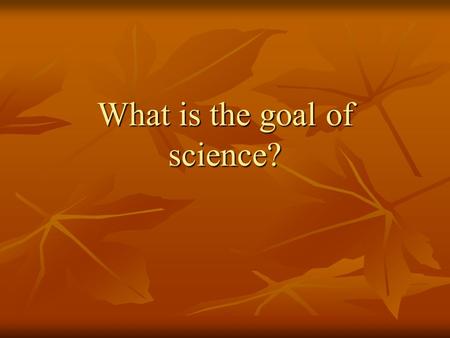 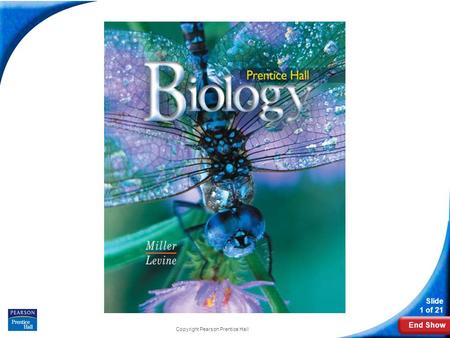 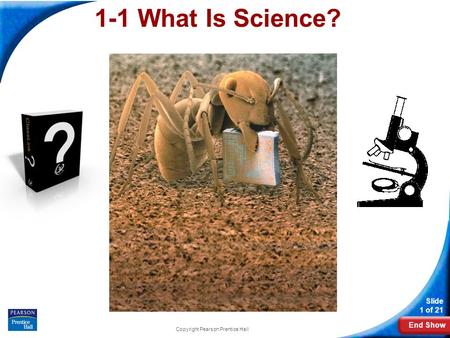 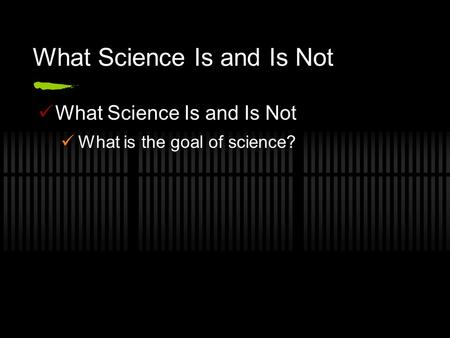 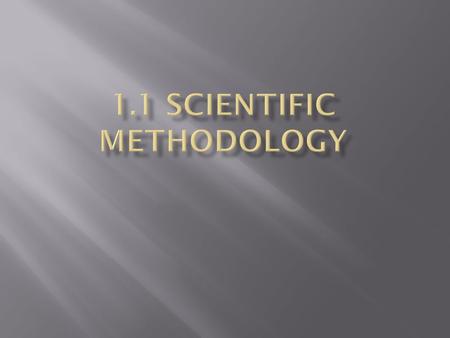 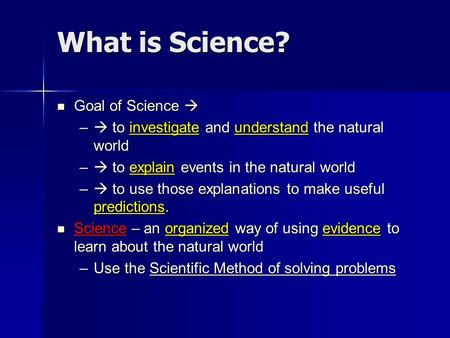