4 3. Form a Hypothesis an educated guess possible answer to your question that is based on your research This may or may not be correct Start with “I think…, I predict…, or If…then…” develop a question you want to answer 2. Research find out what is already known about your subject, & make your own observations 1. State the Problem

5 an organized process used to test your hypothesis 4. Experiment

6 Use your 5 senses in order to make observations Use various tools in order to improve or extend your power of observation Inferences (logical explanations) about data can be made 5. Record and Analyze Data use data tables to keep track of measurements & graphs to identify trends in the data Cyclic Events (repeat over & over) can be used to make predictions about the future

7 a judgment based on the results of an experiment explains what the data means Does data support hypothesis? If answer is NOIf answer is YES 6. Conclusion Form a new hypothesis & conduct a different experiment Repeat the experiment several times

9 What is the difference between a theory and a law?

10 a former hypothesis that has been supported by many experiments can still be changed or discarded  Scientific Law a statement about what happens in nature that can’t be explained seems to happen in the same way all the time ex: the law of gravity, Newton’s Laws of Motion  Theory

15 What is the control group? It doesn’t contain the independent variable Used for comparison 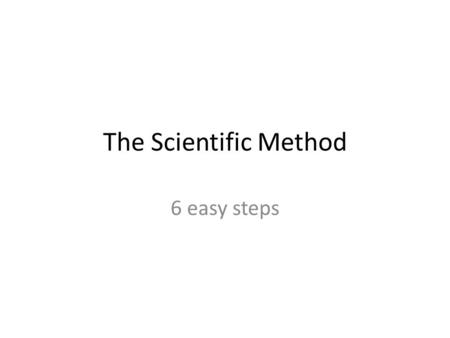 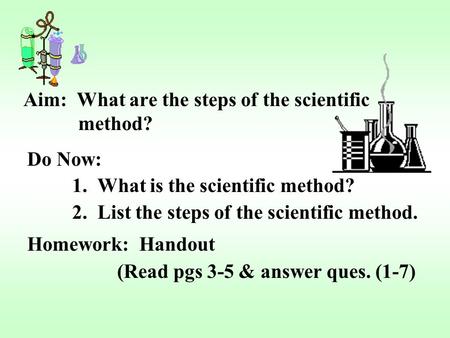 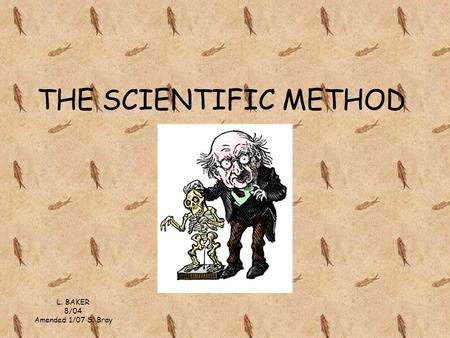 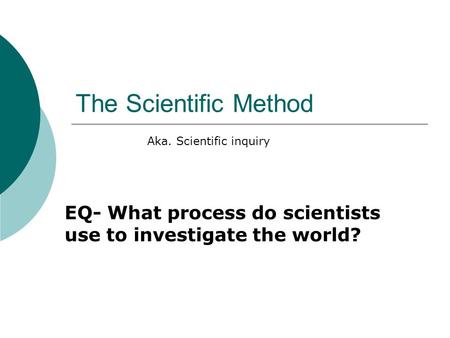