3 Activity: Tootie Fruities. 1.Each person grabs one hand full of Tootie Fruities and does a quantitative analysis of the that event (how much did you grab?). Discuss an exact procedure on how to grab the cereal. 2.Make a histogram of the data and discuss the shape center and spread of the data.

4 3.Measure another variable and create a scatter plot. 4.Discuss the following of the scatter plot: Overall pattern. Are there any striking deviations. Direction. Form. Strength. Any outliers.

18 Correlation r: The correlation measures the direction and strength of the linear relationship between two quantitative variables. Correlation = r

20 Correlation facts: 1.Correlation makes no distinction between explanatory and response variables. 2.Because r uses the standardized values of the observations, r does not change when we change the units of measure. 3.Positive r = positive association Negative r = negative association 4. Correlation is always between -1 and 1.

21 Meet the Archaeopteryx. 1.Make a scatterplot. Do you think that all 5 specimens come from the same species? 2.Find the correlation step by step. Find the standardized score of each data point and use the formula to calculate r. Femur 3856596474 Humerus 4163707284

24 Extrapolation Extrapolation is the use of a regression line for prediction outside the range of values of the explanatory variable x used to obtain the line. Such predictions are usually unreliable.

25 1. Use your calculator to construct a scatterplot of these data using 1997 as year 1 and 1998 as year 2 2.Find the equation of the least-squares line on your calculator. Record the equation below. Be sure to define any variables used. 3. Interpret the slope of the least-squares line in context. 4.How many students would you predict took the AP Statistics exam in 2006? Show your method.

26 October 30, 2015 Objectives: 1.Define and calculate the residual of a point in a scatterplot. 2.Interpret a Residual plot as a means of assessing the linearity of a scatterplot.

27 A residual is the difference between an observed value of the response variable and the value predicted by the regression line.

28 Activity: Enter this data on your calculator and calculate the residuals of each of the three points.

33 November 3, 2015 Objectives: 1.Be able to read computer print outs and identify the coefficients of the LSRL. 2.Given the following information: Students will be able to calculate the LSRL.

37 1. What is the equation of the LSRL? 2.Interpret the slope and y intercept in the context of this setting. 3.Use the regression line to predict the amount of natural gas that the Sanchez family will use in a month that averages 20 degrees.

38 Equation of the Least-Squares Regression Line Given the data of the explanatory variable and the response variable of n individuals: The LSRL is: The slope is: The line passes through:

39 Enter the following data in your calculator and find

40 Nov. 5, 2015 Objectives: 1.Review the Coefficient of determination 2.Practice finding the LSRL with only 1.Analyze outliers and influential observations within a scatterplot.

44 6.The r value is not affected by change in units of measure. 7.The correlation is between 8.Correlation r measures the strength and direction between two quantitative variables. (how close the points are in a scatterplot to the LSRL)

45 Outlier: An outlier is an observation that lies outside the overall pattern of the other observations. Influential Observation: An observation is influential if removing it would significantly change the statistical measure such as: the slope and y-intercept of the LSRL. 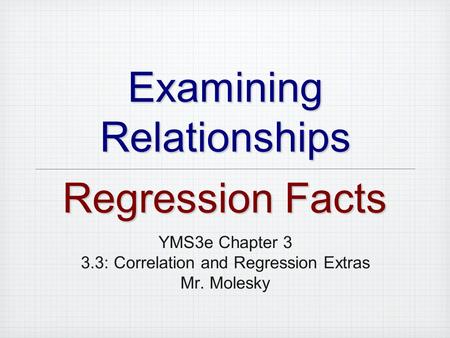 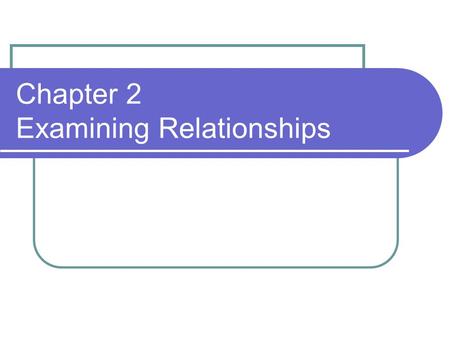 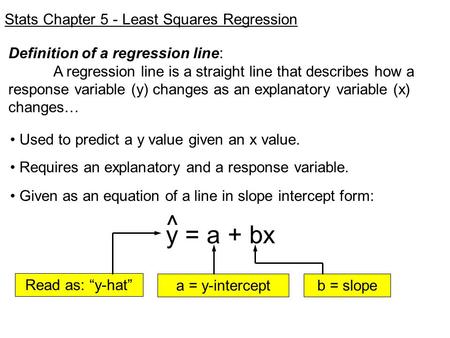 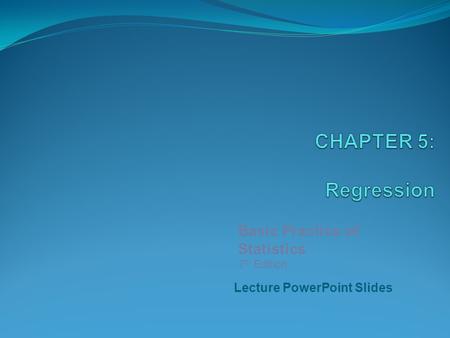