4 Row 1, Col 1 The repetition of initial consonant Sounds in two or more neighboring words or syllables (as wild and woolly). What is alliteration?

5 1,2 The formation or use of words such as buzz or murmur that imitate the sounds associated with the objects or actions they refer to. What is onomatopoeia?

6 1,3 A figure of speech in which inanimate objects abstractions are endowed with human qualities or are represented as possessing human form. What is personification?

7 1,4 Repetition of sounds at the ends of words. What is rhyme?

8 2,1 Writing that is not meant to be taken literally. What is figurative language?

9 2,2 Comparison of two unlike things using like or as. What is a simile?

10 2,3 An implied comparison of two unlike things in which one thing is compared to another dissimilar things. What is a metaphor?

11 2,4 The relatively close juxtaposition of the same or similar vowel sounds as in the words, date and fade. What is assonance?

12 3,1 the repetition of the same end consonants of words such as boat and night within or at the end of a line. What is consonance

13 3,2 a rhyme occurring within the line. What is internal rhyme?

14 3,3 When the writer or speaker knowingly repeats a word or group of words for effect. What is repetition?

15 3,4 When the arrangement of words creates an audible pattern or beat when read out loud. What is rhythm?

16 4,1 A passing reference to historical or fictional characters, places, or events, or to other works. What are allusions?

17 4,2 The repetition of consonant sounds at beginning of words or within words. What is connotation?

18 4,3 A word/phase that appeals to one or more of the five senses. What is imagery?

19 4,4 literary device wherein the author uses specific words and phrases that exaggerate and overemphasize the basic crux of the statement in order to produce a grander, more noticeable effect. What is a hyperbole?

20 5,1 It is the difference between what we expect to happen, and what actually does happen. What is irony?

21 5,2 You use it everyday when you say one thing and really mean another. What is verbal irony?

22 5,3 Occurs when the audience knows something that the characters in the story, on the screen, or on the stage do not know. What is dramatic irony?

23 5,4 Occurs when a situation turns out to be the opposite of what you thought it would be. What is Situational Irony? 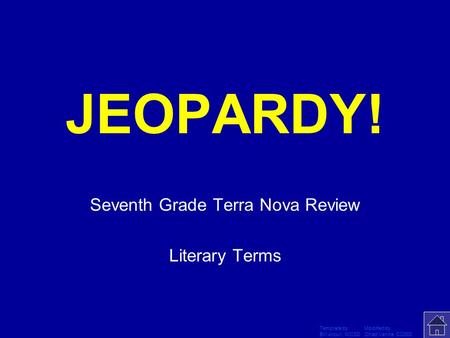 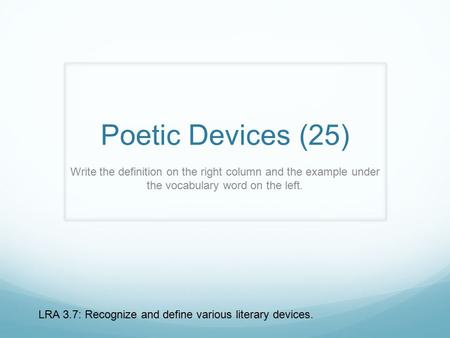 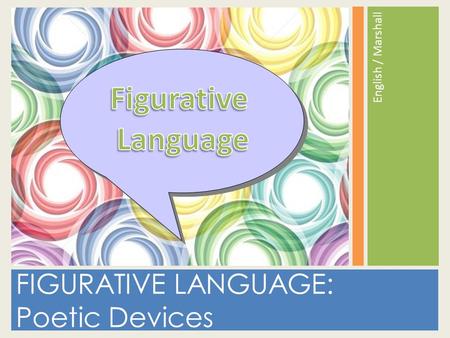 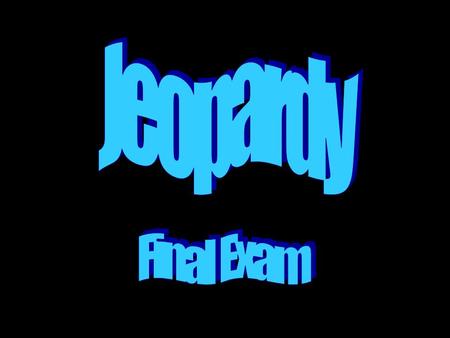 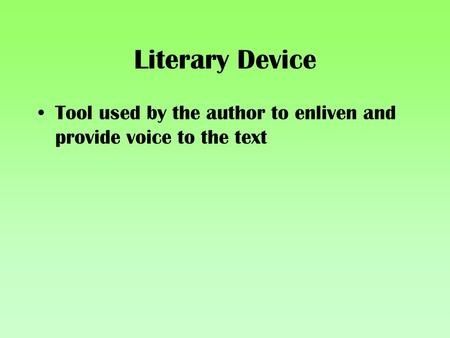 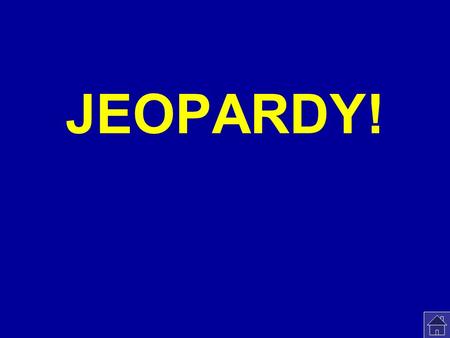 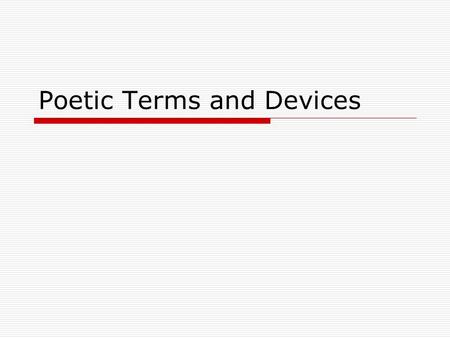 Poetic Terms and Devices. Speaker  The speaker is the voice of the poem.  Although the speaker is often the poet, he/she may also be a fictional character/entity.