6 Booker T. Washington  Views given in “The Atlanta Compromise” in 1895  Blacks should not blame whites for their situation  Blacks should start from the bottom, work their way and “be patient”  Work for economic opportunity  Opposed agitating for black rights because it would cause setbacks

7 Booker T. Washington  Wanted programs for job training and vocational skills for black Americans  Ask whites to give job opportunities to Black people  B.T.W. went on to found the Urban League which provided jobs and training for blacks  B.T.W. was unpopular with many Black leaders, but was popular with white leaders in the North and South. Why?

10 W.E.B. DuBois  Advocated the “Talented Tenth”  Felt that talented Black students should get a good education and then help everyone else  Felt it was wrong to expect a citizen to “earn their rights”

11 NAACP  National Association for the Advancement of Colored People  Founded by 60 people, 7 of whom were African- American (including DuBois & Ida B. Wells-Barnett)  NAACP's stated goal was to secure for all people the rights guaranteed in the 13th, 14th, and 15th Amendments to the Constitution  DuBois was the only African-American among the organization's executives (even the NAACP’s president was a white man) 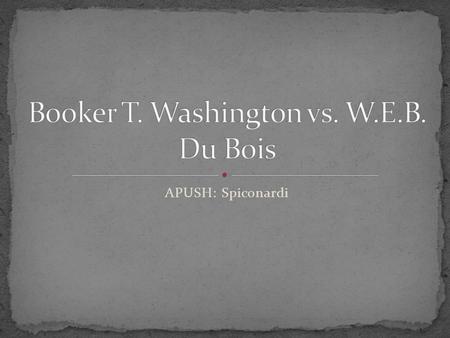 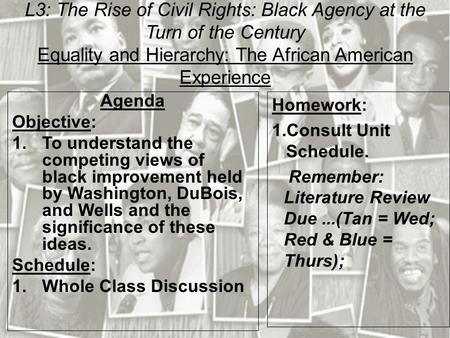 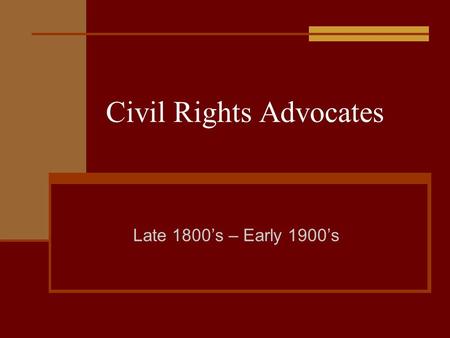