4 Key Terms To Know: Trait = any characteristic that can be passed from parents to their offspring Gene = genetic material on a chromosome that contains the instructions for creating a particular trait Allele = one of several varieties of a gene, an alternate form of the same gene for a given trait example: A or a (same letter, different case) Locus = the location on a chromosome where a gene is located

9 Genotype vs. Phenotype Genotype = the actual genetic information, all the alleles that an organism possesses (the actual letters) Phenotype = physical appearance based on alleles

10 Mendel’s First Law of Heredity Law of DominanceLaw of Dominance: When a trait is Completely Dominant over another trait, then that dominant allele controls the gene pair. In the heterozygous form (Aa) the dominant trait only gets expressed. The recessive allele gets hidden.

11 Mendel’s Second Law of Heredity Law of SegregationLaw of Segregation: Pairs of alleles separate during the formation of the gametes (sex cells) during Meiosis I. Therefore each gamete will contain one allele for each gene.

16 Punnett Square Rules 1. Make a key; show dominant and recessive alleles 2. Properly label parents genotypes, place them on the outside of the punnett square 3. Correctly perform the cross 4. Interpret the results; determine ratios

18 What are the possible genotypes for each plant? tt For A Short Plant TT OR Tt For a Tall Plant

19 Test Cross: cross the tall plant (TT or Tt) with a short one (tt) If any recessive phenotypes show up in the next generation, the unknown genotype MUST be Heterozygous Homozygous tall x short TT x tt Heterozygous Tall x short Tt x tt

Download ppt "Genetics and Inheritance The Scientific Study of Genes and the Inheritance of Traits." 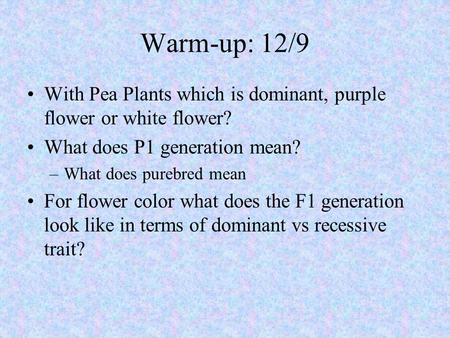 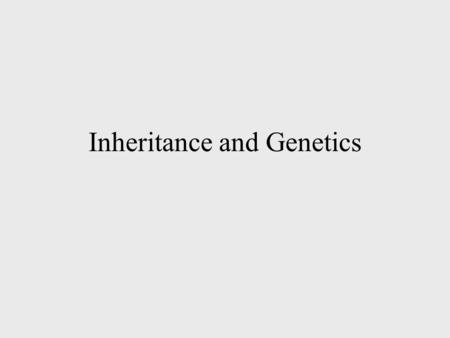 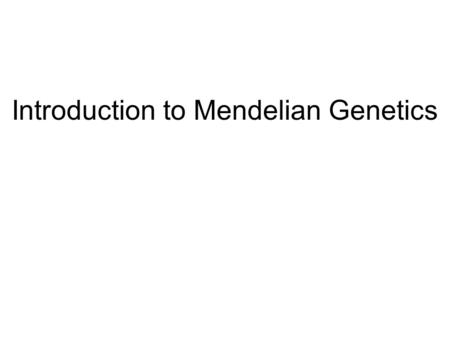 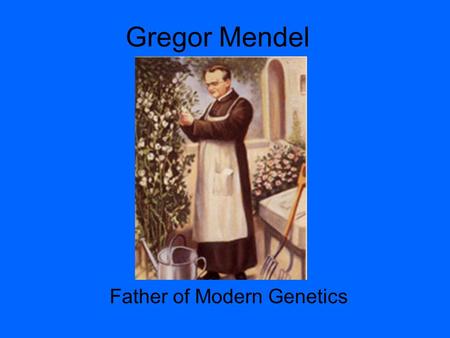