Presentation on theme: "Objective: To analyze the causes of World War I.."— Presentation transcript:

1 Objective: To analyze the causes of World War I.

3 What caused World War I, and why did the United States enter the war? In 1914, nationalism, militarism, imperialism, and entangling alliances combined to drag Europe into a world war. The United States attempted to remain neutral but abandoned its long tradition of staying out of European conflicts.

6 Nationalism…………. Pride and devotion to your country, it’s beliefs and causes………you would fight to defend it!!!!!!!!

10 The assassination triggered a chain of events that drew two sets of allies into a bloody conflict. On June 28, 1914, Serb nationalists assassinated the heir to the throne of Austria-Hungary, Archduke, Francis Ferdinand.

12 Gavrilo Princip after his assassination of Austrian Archduke Franz Ferdinand. Causes of World War I - Assassination

17 Germany invaded Belgium, a neutral country, to attack France. The German advance was stopped about 30 miles from Paris. The war bogged down as both sides dug a long series of trenches, creating the Western Front.

18 Neither side could overcome the other’s defenses, and a stalemate quickly developed. The era’s deadly defensive weapons made attacks difficult and dangerous.

19 Many Americans favored one side or the other. As the war dragged on in Europe, President Wilson urged Americans to remain neutral. The United States had a long tradition of staying out of European conflicts. Yet one-third of Americans had been born in a foreign country and still identified with their homelands.

20 Isolationists Favored staying out of the war Interventionists Favored fighting on the Allies’ side Internationalists Wanted the U.S. to play a role for peace but not fight U.S. public opinion fell into three main groups.

21 Early in the war, the British navy had set up a blockade of Germany. Britain’s goal was to intercept contraband goods. In defiance of international law, Britain also prevented non-contraband goods, such as food and gasoline, from reaching Germany. Germany responded by trying to blockade Britain.

22 German U-boats torpedoed ships bound for Britain. On May 7, 1915, a U-boat sank the British passenger ship Lusitania off the coast of Ireland, killing many Americans.

23 Americans were angry about the Lusitania. Germany failed to keep its promise to not sink any more passenger ships. President Wilson still wanted peace, but he began to prepare for the possibility of war. In 1916, Congress expanded the army and authorized more warships.

24 The Zimmermann Note was intercepted. In this telegram, Germany tried to forge an alliance with Mexico against the United States. Germany returned to a policy of unrestricted submarine warfare, sinking any ship headed for Britain. Two events in 1917 led President Wilson o ask Congress to declare war on the Central Powers.

25 On April 2, 1917, Wilson asked Congress to declare war against Germany, saying “The world must be made safe for democracy.” Congress responded with a declaration of war on April 6, and the United States entered World War I.

Download ppt "Objective: To analyze the causes of World War I.." 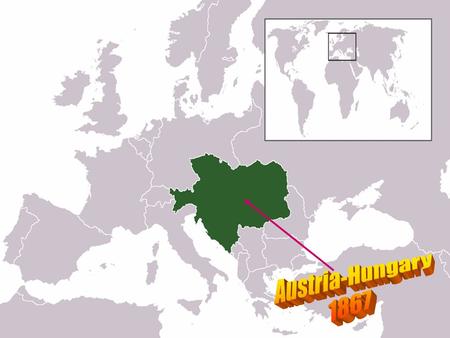 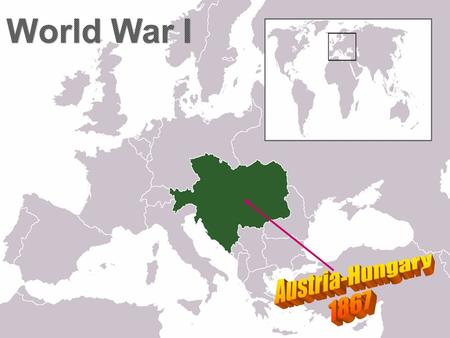 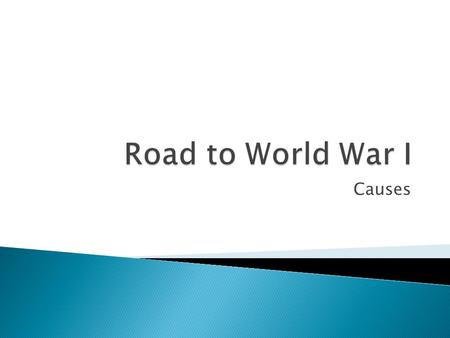 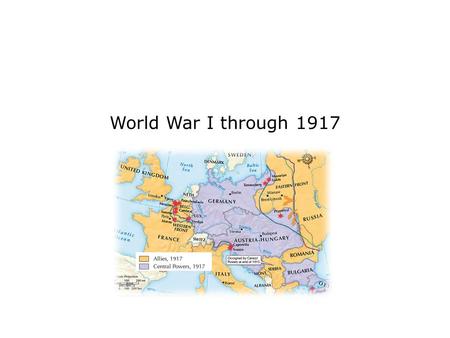 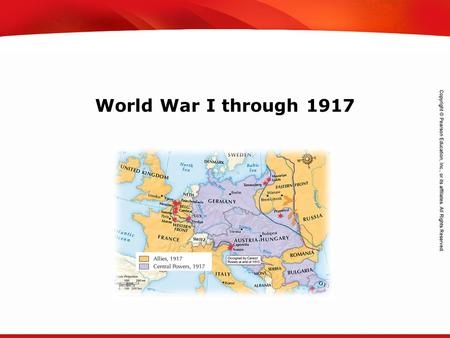