3 Ocean Movements A wave is a rhythmic movement that carries energy through space or matter, such as ocean water. Ocean Movements As an ocean wave passes, the water moves up and down in a circular pattern and returns to its original position.

5 Wave Characteristics The wavelength determines the wave base, which is the depth to which the wave disturbs the water. Ocean Movements Wave speed increases with wavelength.

7 Wave Characteristics Wave Height Ocean Movements –Wave heights depend upon three factors: wind speed, wind duration, and fetch. –Fetch refers to the expanse of water that the wind blows across. –Large storm waves can be much higher than average.

8 Wave Characteristics Breaking Waves Ocean Movements –Ocean waves begin to lose energy and slow down near the shore because of friction with the ocean bottom. –As the water becomes shallower, incoming wave crests gradually catch up with the slower wave crests ahead. –Breakers are waves where the crests collapse forward when the wave becomes higher, steeper, and unstable as it nears shore.

10 Tides Tides are the periodic rise and fall of sea level. Ocean Movements The highest level to which water rises is known as high tide, and the lowest level is called low tide. Because of differences in topography and latitude, the tidal range—the difference between high tide and low tide—varies from place to place. Generally, a daily cycle of high and low tides takes 24 hours and 50 minutes.

14 Causes of Tides The Sun’s Influence Ocean Movements –The gravitational attraction of the Sun and Earth’s orbital motion around the Sun also generate tides. –Lunar tides are more than twice as high as those caused by the Sun because the Moon is much closer to Earth. –Solar tides can either enhance or diminish lunar tides. Spring tides occur when the Sun, the Moon, and Earth are aligned, causing high tides to be higher than normal and low tides to be lower than normal. During neap tides, high tides are lower and low tides are higher than normal.

16 Ocean Currents A density current moves slowly in the deep ocean and is caused by differences in the temperature and salinity of ocean water, which in turn affect density. Ocean Movements Surface currents are wind-driven currents that affect mainly the upper few hundred meters of the ocean and can move as fast as 100 km per day. Surface currents follow predictable patterns influenced by Earth’s global wind systems.

17 Ocean Currents Gyres Ocean Movements –The continents deflect ocean currents to the north and south causing closed circular current systems, called gyres, to develop. –There are five major gyres: the North Pacific, the North Atlantic, the South Pacific, the South Atlantic, and the Indian Ocean. –The parts of all gyres closest to the equator move towards the west as equatorial currents until they are deflected toward the poles by a landmass. –After cooling in the polar regions, the current, deflected by landmasses, moves back toward the equator.

19 Upwelling Upwelling is the upward motion of ocean water. Ocean Movements Areas of upwelling exist mainly off the western coasts of continents in the trade-wind belts. Upwelling waters are rich in nutrients, which support abundant populations of marine life.

22 Section Assessment 2.Why are lunar tides much higher than solar tides? Ocean Movements Lunar tides are more than twice as high as solar tides because the Moon is much closer to Earth. 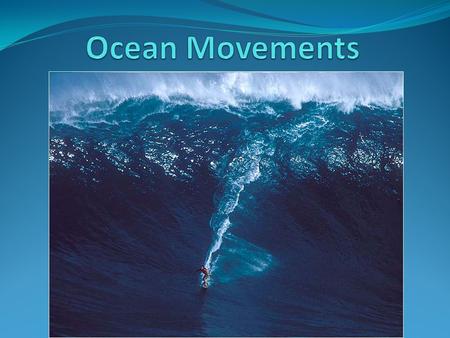 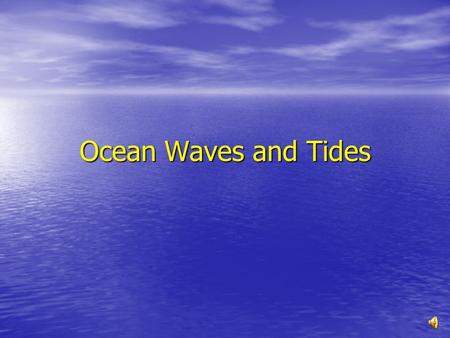 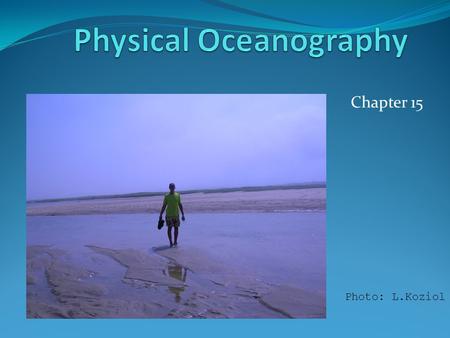 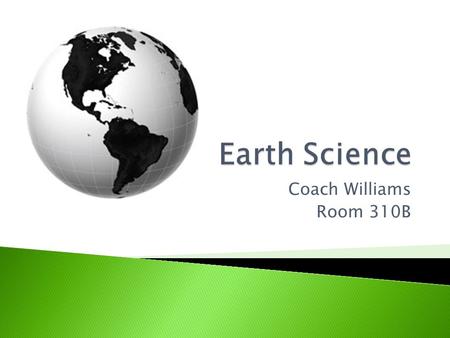 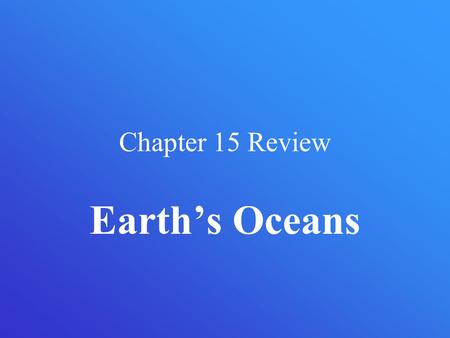 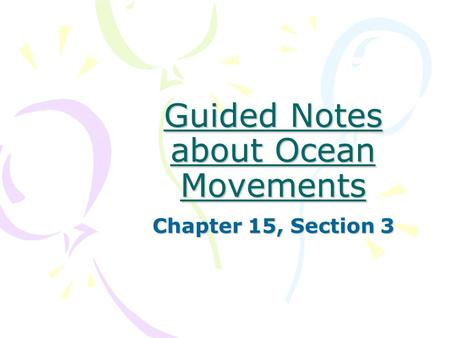 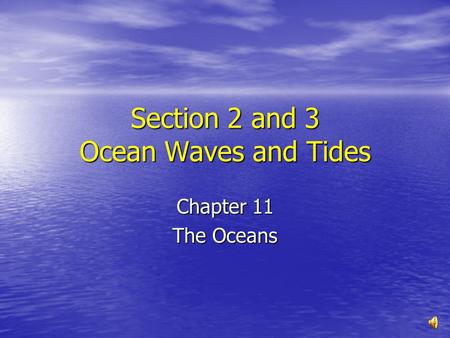 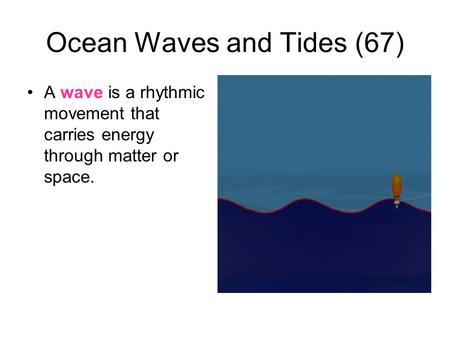 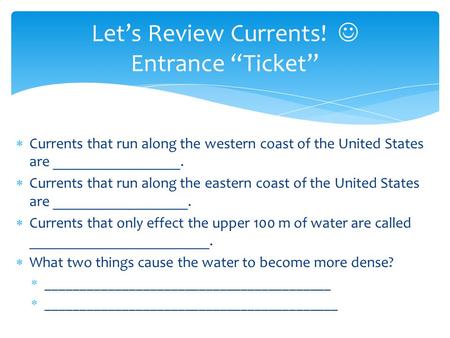 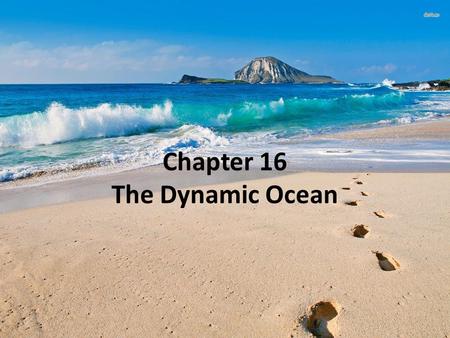 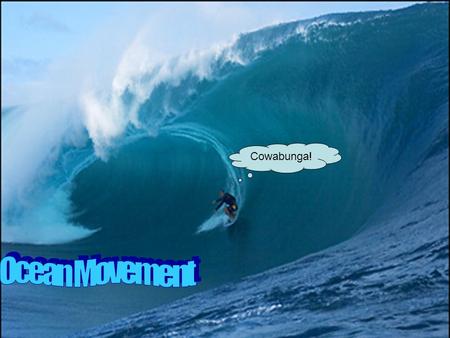 Cowabunga!. A wave is a rhythmic movement that carries energy through space or matter Ocean Movements. 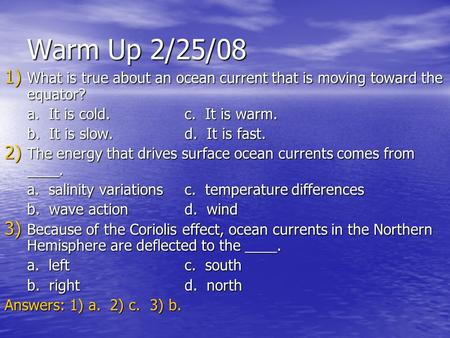 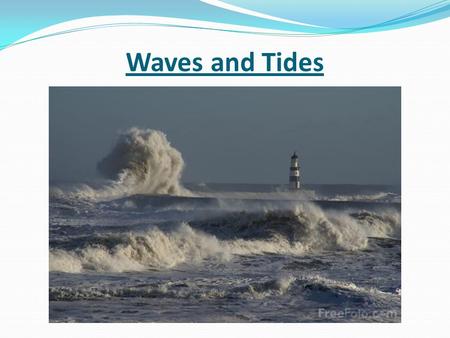 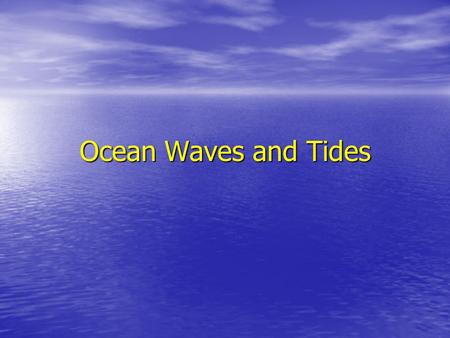 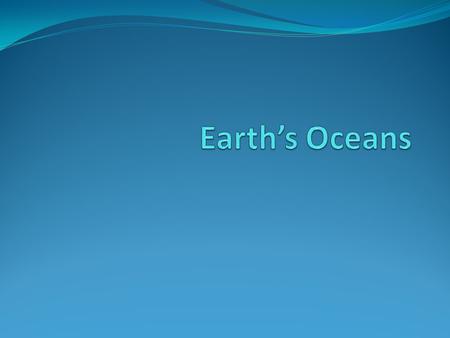 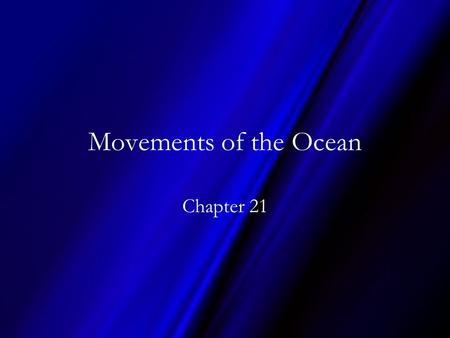 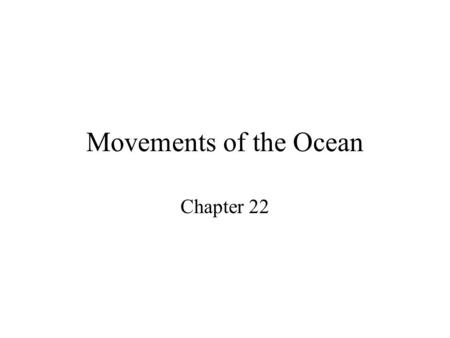 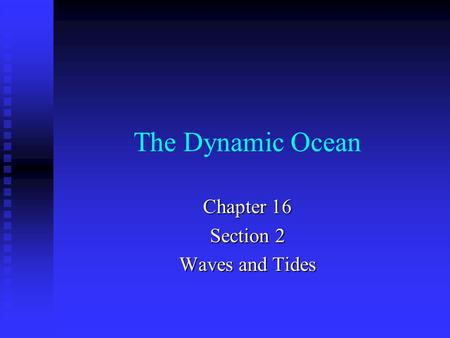