4 You probably never think about this but….  What is air? What is it made of?  Air is made up of molecules  When we breath, we not only breathe in oxygen, but lots of other gasses, too  Air is a mixture of gases held on Earth by gravity.

9 Where do these gases come from?  The Earth’s early atmosphere contained mostly hydrogen and helium  These gases were lost and replaced by gases from volcanic eruptions, like water vapor and carbon dioxide  Oxygen was created by photosynthetic organisms in the ocean.  The Ozone Layer was created from the conversion of Oxygen molecules from intense sunlight. The Ozone Layer now protects us from harmful UV rays….ironic!

10 Why does air stay on the Earth?

13 The Troposphere is the lowest layer. Extends 10 km Contains over 75 percent of all the atmosphere's gases and water and dust.

14 The sun heats the ground which cause movement in the water vapor and atmospheric gases. This movement causes weather The warmest part of this layer is at ground level and then it cools towards the upper boundary

16 The Stratosphere extends from the 10-50 km level It has much less “air” molecules and much less water vapor. This layer contains the ozone layer that absorbs harmful UV rays of the sun. In the stratosphere higher you get, the warmer the air gets. The temperature ranges -76 ºF to about 5 ºF

18 The Thermosphere is the next layer The gases of the thermosphere are very thin. BUT since they absorb ultraviolet light from the sun The temperature can rise to 3,600 ºF (2,000 ºC) at the top.

22 The Surface of the Earth  Snow, ice, water, vegetation, and bare soil all reflect different amounts of solar radiation back to space. They also heat up at different rates.  For example, dry land heats up rapidly and gives most of that heat back into the atmosphere.  Water temperature changes slowly and stores heat, releasing it over time.  This uneven pattern of surface heating cause changes in pressure and creates wind patterns based upon air pressure.

26 Water in the Atmosphere  The uneven heating of the Earth’s surface produces currents of air that carry water vapor up into the atmosphere and forms clouds.  Warm Air rises and Colder Air sinks creating a cyclic pattern known as the water cycle. 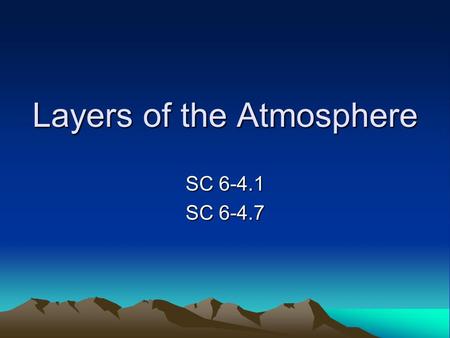 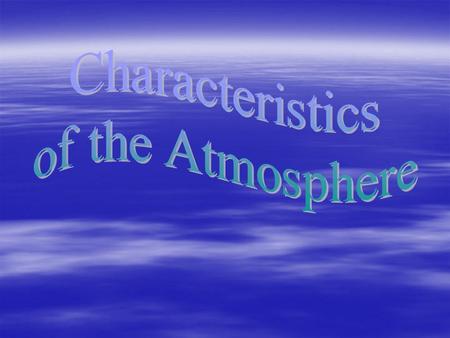 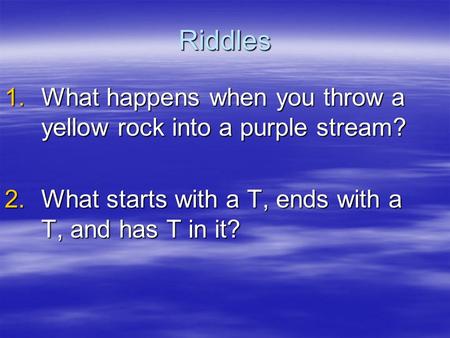 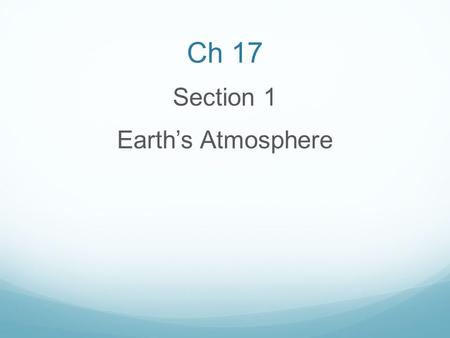 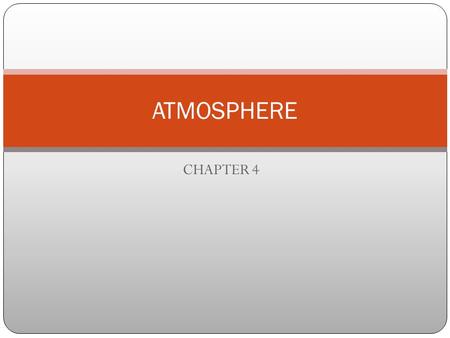 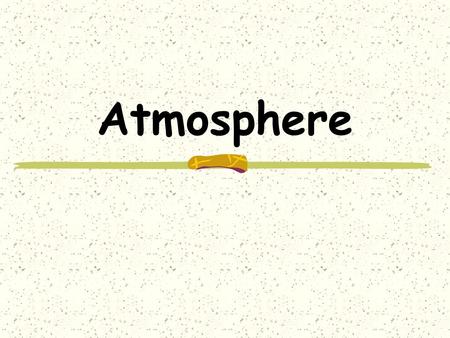 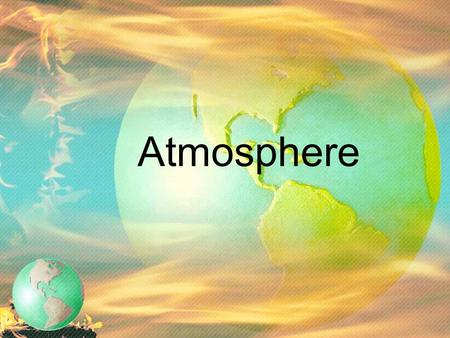 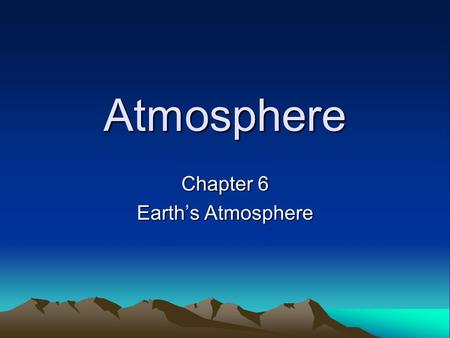