8 Two Main Classes of Cells:
1) NEURONS:  functional unit of the nervous system  transmits signals from one location to another  made up of: cell body, dendrites, axon  many axons are enclosed by an insulating layer called the MYELIN SHEATH  include: sensory neurons, interneurons, motor neurons

20 ACTION POTENTIALS & NERVE IMPULSES
all cells have an electrical charge difference across their plasma membranes; that is, they are POLARIZED.  this voltage is called the MEMBRANE POTENTIAL (usually –50 to –100 mV)   inside of cell is negative relative to outside   arises from differences in ionic concentrations inside and outside cell

22 **A- = group of anions including proteins, amino acids, sulfate, phosphate, etc.; large molecules that cannot cross the membrane and therefore provide a pool of neg. charge that remains in the cell

23 How is this potential maintained?
 the sodium-potassium pump uses ATP to maintain the ionic gradients across the membrane (3 Na+ out; 2 K+ in)

27  when a stimulus reaches a neuron, it causes the opening of gated ion channels
(e.g.: light  photoreceptors in the eye; sound waves/vibrations  hair cells in inner ear)

29 ACTION POTENTIALS (APs):
 the nerve impulse  all-or-none event; magnitude is independent of the strength of the stimulus

39 **during the undershoot, both Na+ channel gates are closed; if a second depolarizing stimulus arrives during this time, the neuron will NOT respond (REFRACTORY PERIOD)  strong stimuli result in greater frequency of action potentials than weaker stimuli

63  most single EPSPs are not strong enough to generate an action potential
 when several EPSPs occur close together or simultaneously, they have an additive effect on the postsynaptic potential: SUMMATION -temporal vs. spatial

68 Neurotransmitters: Ach
 a muscle contraction ceases when the acetylcholine in the synapse of the neuromuscular junction is broken down by the enzyme….. wait for it…………………. 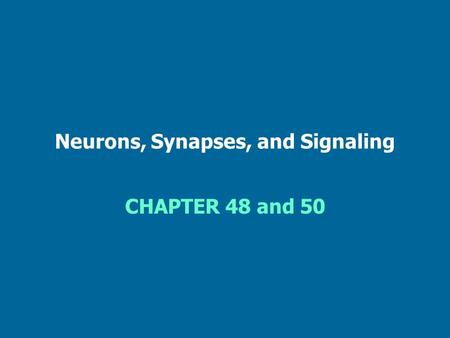 Neurons, Synapses, and Signaling CHAPTER 48 and 50. 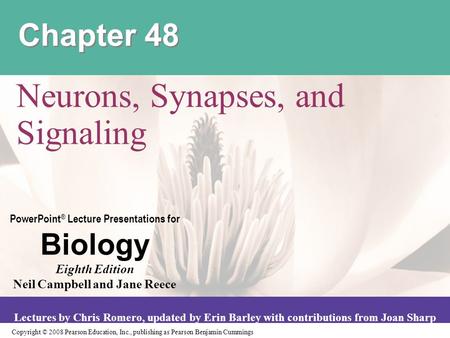 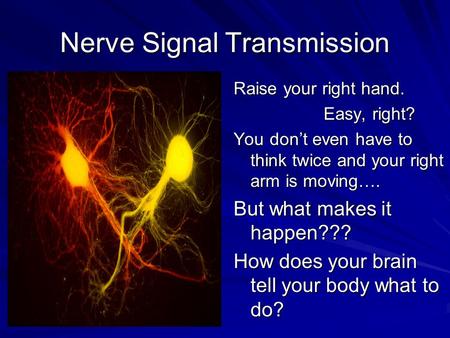 Nerve Signal Transmission Raise your right hand. Easy, right? You don’t even have to think twice and your right arm is moving…. But what makes it happen??? 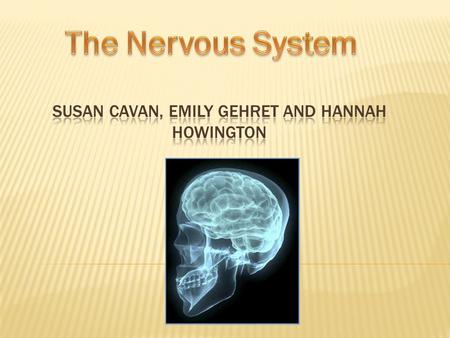 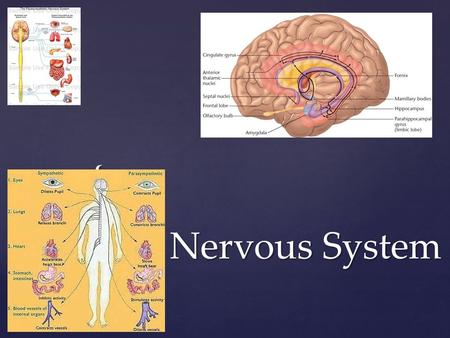 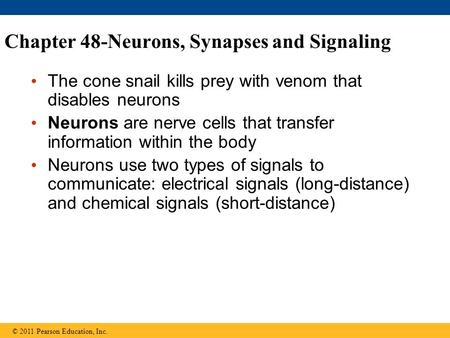 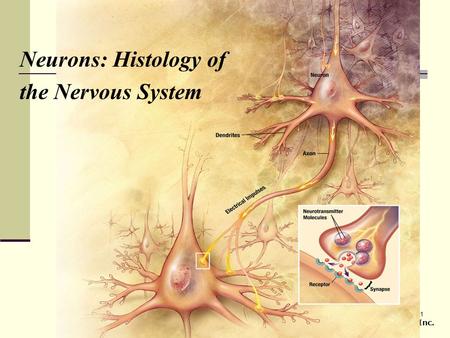 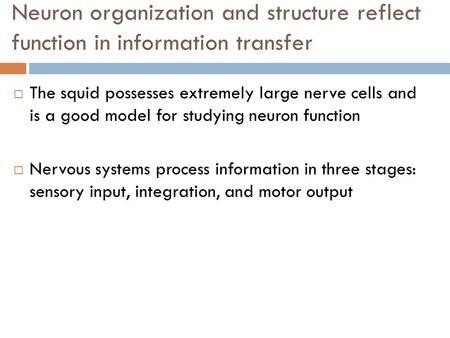