1 Road to the Revolution By Wesley Sorenson

3 Sugar act The Sugar act was passed by Parliament in 1764. It taxed items like coffee, indigo, and certain kinds of wine. It banned importation of rum and French wines.

4 Stamp Act The Stamp Act was passed by parliament in 1765. It affected basically all goods that had a stamp on it. The colonists realized it was time to react. Parliament ignored traditions, and taxed them directly.

7 Declaratory Act The Declaritory Act, which was passed in 1766

8 Townshend Acts Series of 1767 laws named for Charles Townshend, British Chancellor of the Exchequer (Treasurer). These laws placed new taxes on glass, lead, paints, paper, and tea. Colonial reaction to these taxes was the same as to the Sugar Act and Stamp Act, and Britain eventually repealed all the taxes except the one on tea. In response to the sometimes violent protests by the American colonists, Great Britain sent more troops to the colonies.

10 Boston Massacre The boston Massacre occurred on March 5 th 1770. An angry mob was harassing a group of 5 British soldiers. One soldier sliped and his rifle fired into the crowd, killing Crispus Attucks instantly. Afterwards, the soldiers were pu

11 Tea Act 1773 Act that gave a monopoly on tea sales to the East India Company. In other words, American colonists could buy no tea unless it came from that company. The Tea Act lowered the price on this East India tea so much that it was way below tea from other suppliers. But the American colonists saw this law as yet another means of "taxation without representation" because it meant that they couldn't buy tea from anyone else without spending a lot more money. Their response was to refuse to unload the tea from the ships. This was the situation in Boston that led to the Boston Tea Party.

12 Boston Tea Party Angry and frustrated at a new tax on tea, American colonists calling themselves the Sons of Liberty and disguised as Mohawk Native Americans boarded three British ships (the Dartmouth, the Eleanor, and the Beaver) and dumped 342 whole crates of British tea into Boston harbor on December 16, 1773. Similar incidents occurred in Maryland, New York, and New Jersey in the next few months, and tea was eventually boycotted throughout the colonies.

13 Intolerable Acts Series of laws sponsored by British Prime Minister Lord North and enacted in 1774 in response to the Boston Tea Party. The laws were Boston Port Act, which closed the port of Boston until the price of the dumped tea was recovered, moved the capital of Massachusetts to Salem, and made Marblehead the official port of entry for the Massachusetts colony. Also, the Quartering Act, which allowed royal troops to stay in houses or empty buildings if barracks were not available. 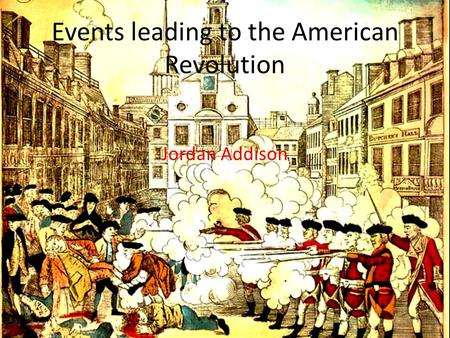 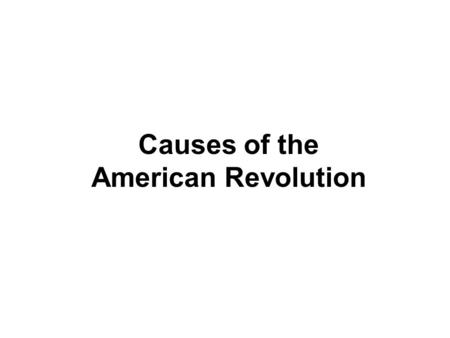 Causes of the American Revolution. Introduction… Hi! I’m Miss Holly. Welcome to Level 5 Social Studies! Today you will learn about: causes that led to. 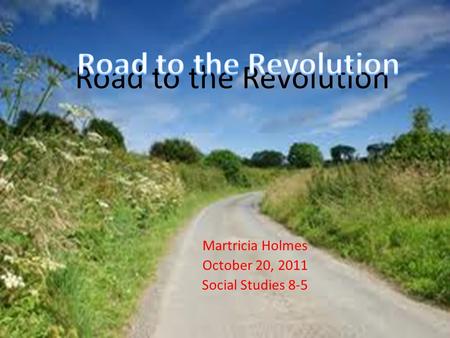 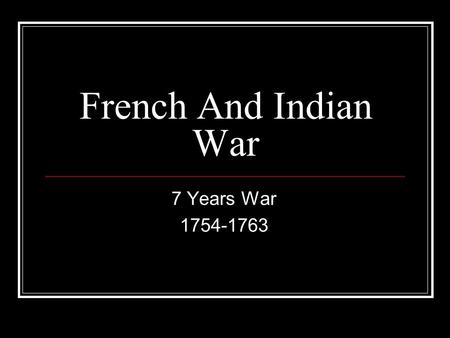 French And Indian War 7 Years War Causes of the Revolutionary War EQ: What steps led to the colonies wanting to gain independence from Great.