2 Force is… A force is a push or a pull resulting from an interaction between objects. Since you can’t push or pull without doing so in a direction…force is a vector. It has a direction. The unit for force is Newton.

4 Applied Force A push or pull applied by a person or an object.

5 Normal Force The supportive force when one thing rests on another thing. Squishy force. Pillow force.

7 Air Resistance Force The force that occurs when particles of air hit a moving object, making it harder to move.

8 Spring Force The force applied to a stretched or compressed spring wanting to return to it’s regular position.

9 Tension Force A pulling force in a string, rope, chain, or other similar material. Bridges have lots of tension forces. 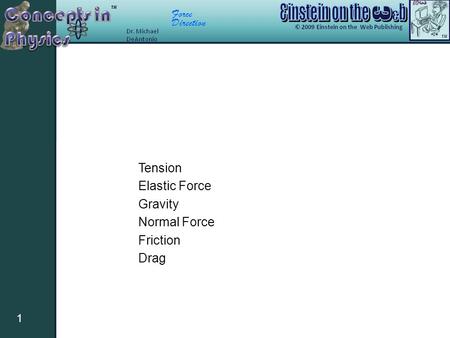 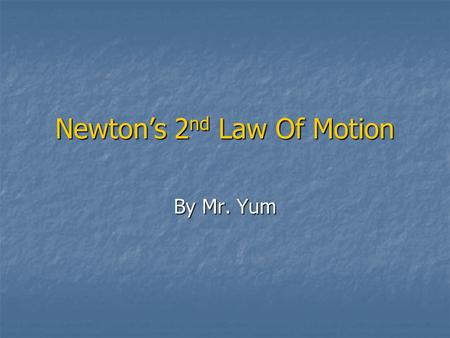 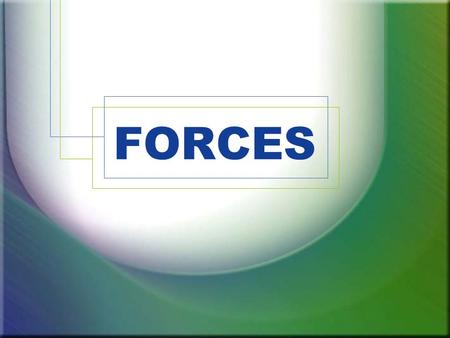 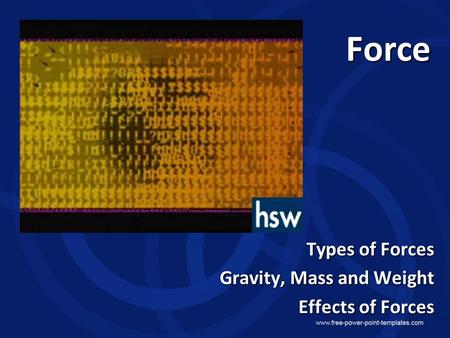 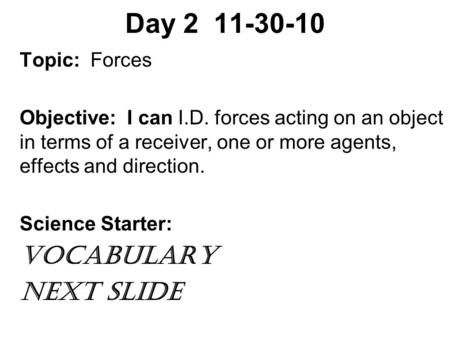 Day Topic: Forces Objective: I can I.D. forces acting on an object in terms of a receiver, one or more agents, effects and direction. Science.