Matter – Properties and Changes Chapter 3. 3.1 – Properties of Matter  Matter is anything that has mass and takes up space (mass is the amount of matter.

Presentation on theme: "Matter – Properties and Changes Chapter 3. 3.1 – Properties of Matter  Matter is anything that has mass and takes up space (mass is the amount of matter."— Presentation transcript:

2 3.1 – Properties of Matter  Matter is anything that has mass and takes up space (mass is the amount of matter the object contains).  What’s the difference between mass and weight?  Substances are matter that have uniform and unchanging composition.  What is an example of a substance?

6 3.2 – Changes in Matter  What are the two types of changes matter can undergo?  Physical Change – alters a substance without changing its composition.  Phase Change – Transition of matter from one state to another.  Water Cycle – boil, freeze, condense, vaporize, melt  Chemical Change – process that involves one or more substances changing into new substances.  What are some examples of evidence of a chemical change?

7 Conservation of Mass  The law of conservation of mass states that in any physical change or chemical reaction, mass is neither created nor destroyed; it is conserved.  Mass reactants = Mass products  Law of Spontaneous generation

8 3.3 – Mixtures of Matter  A mixture is a physical blend of two or more substances in which each substance retains its individual chemical properties.  What is the difference between heterogenous and homogenous mixtures?  Heterogeneous mixture – mixture that does not blend smoothly throughout and in which the individual substances remain distinct.  Homogenous mixture – mixture that has constant composition throughout; it always has a single phase.  How many phases does a solution have?  Solutions = homogeneous mixtures

9 Separating Mixtures  What are six methods of separating mixtures?  Filtration  Technique that uses a porous barrier to separate a solid from a liquid.  Distillation  Physical separation technique that is based on differences in the boiling points of the substances involved.  Crystallization  Separation technique that results in the formation of pure solid particles of a substance from a solution containing the dissolved substance.

11 3.4 - Elements and Compounds  Elements are pure substances that cannot be separated into simpler substances by physical or chemical means.  The periodic table organizes the elements into a grid of horizontal rows (periods) and vertical columns (groups or families).  Compounds are substances made up of two or more different elements that are combined chemically.  What are “chemical means” of separating compounds?

12 Mass Number  Adds the total number of protons and neutrons together.  MASS NUMBER DOES NOT EQUAL ATOMIC MASS!!!!!!!!!  Mass number is not on the periodic table.

14 Law of Definite Proportions  masses of the same elements are always in the same proportions in any chemical compound  some compounds contain the same elements but have different physical/chemical properties  Sucrose = 42.2% Carbon, 6.5% Hydrogen, 51.3% Oxygen  % by mass = Mass of element x 100 Mass of compound

Download ppt "Matter – Properties and Changes Chapter 3. 3.1 – Properties of Matter  Matter is anything that has mass and takes up space (mass is the amount of matter." 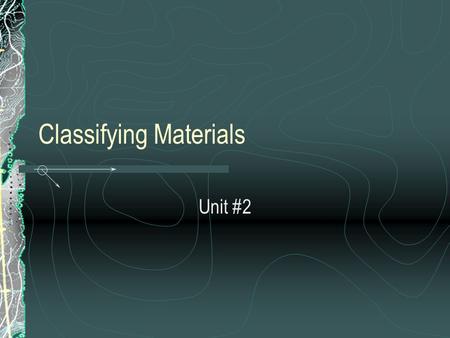 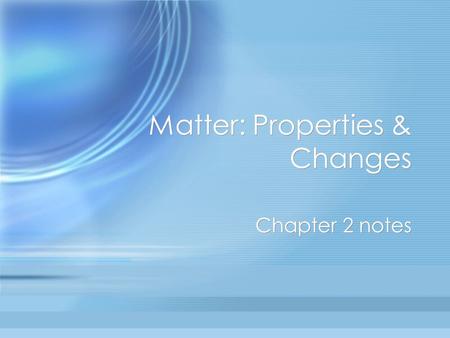 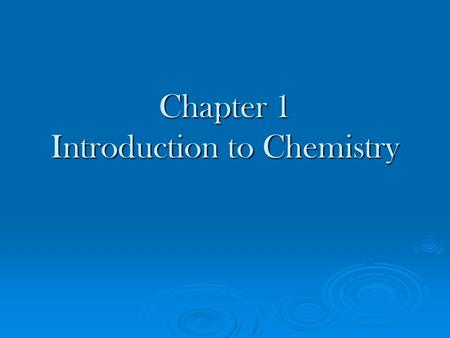 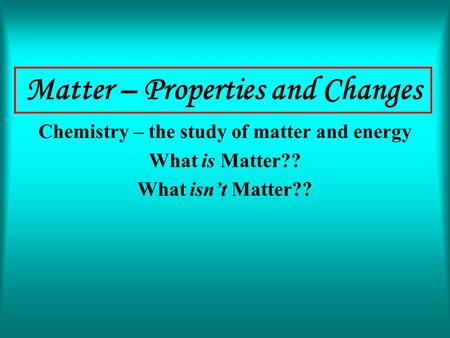 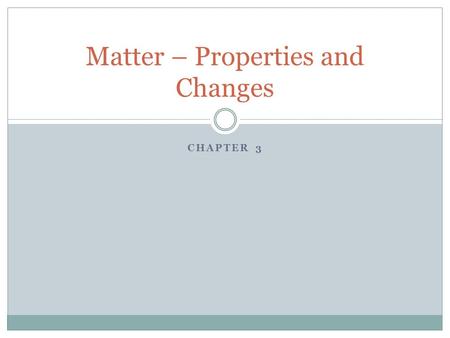 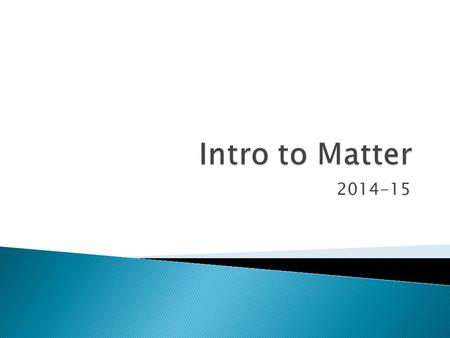 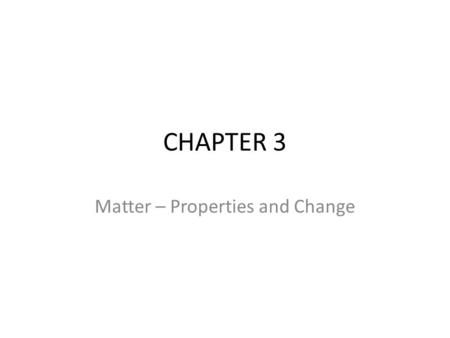 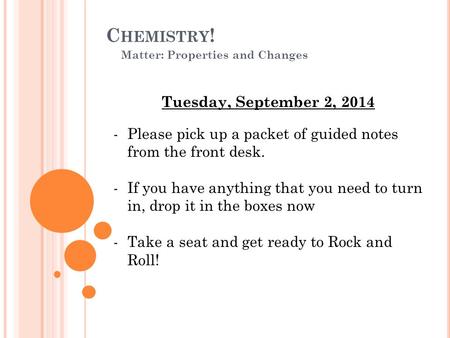 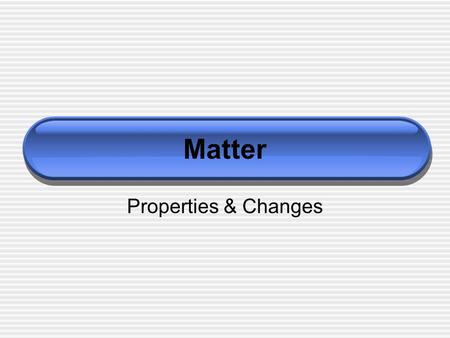 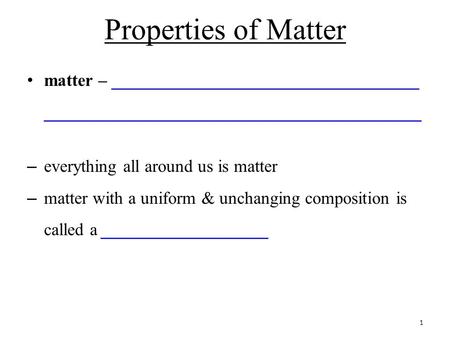 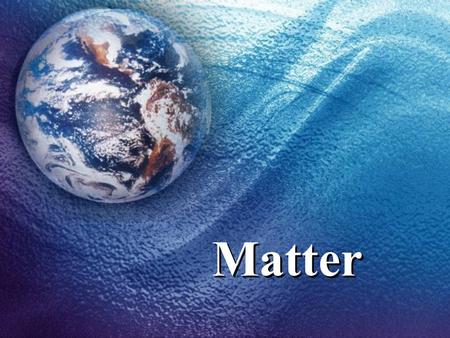 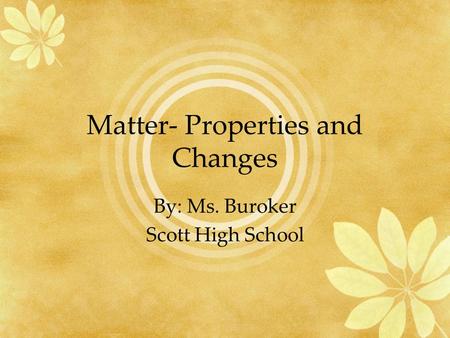 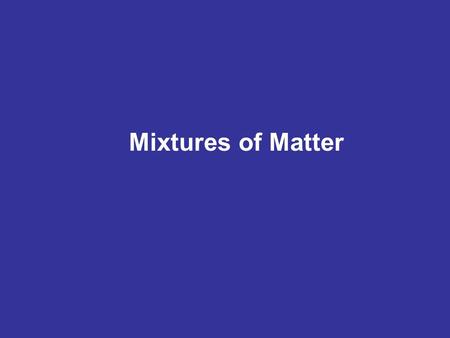