4 Gravity is stronger when objects are closer together. The moon pulls the water on the side of Earth nearest it more strongly than it pulls on Earth itself (Direct high tide). At the same time on the other side of Earth opposite the moon, an indirect high tide occurs because the moon pulls more strongly on Earth’s center than it pulls on the water on the far side of the planet, leaving a bulge of water behind. The Moon and Tides

5 High Tides and Low Tides Source: https://commons.wikimedia.org/wiki/File:Tide_diagram.png These bulges on opposite sides of Earth pull water away from the areas that lie between the two high tides. These areas experience low tides.

7 Because the moon moves around the Earth, the bulges of oceanic water also move around our planet over the 29 days that make up the lunar month. The moon rises about 50 minutes later each day and, as a result of this action, so do the tides of water on Earth.

10 At quarter phases, the moon and sun are not in line with the Earth. This results in smaller high tides and larger low tides These tides occur twice a month and are called neap tides The Sun’s Effects on Tides

13 The sun’s complete tide-making effect only occurs when it is aligned with Earth and the moon? Question: True or False

14 Take one minute to discuss this question with your neighbor. Have EVIDENCE to back up your claims. Do the tides vary with the seasons? 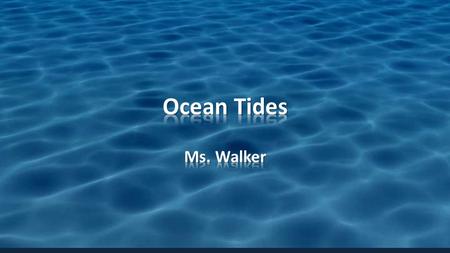 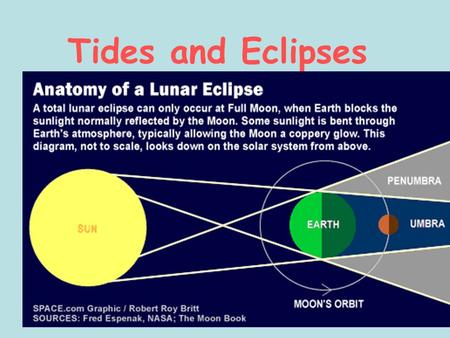 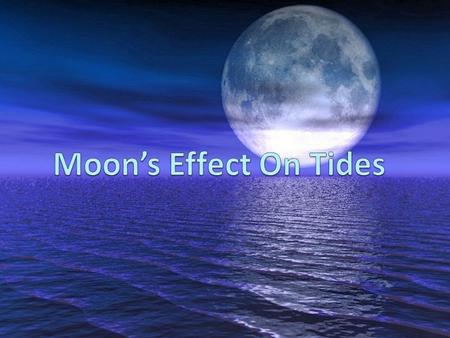 Warm-Up Activity In 3-5 sentences explain what you think happens to form tides. 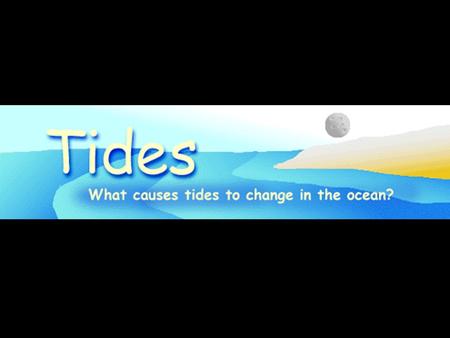 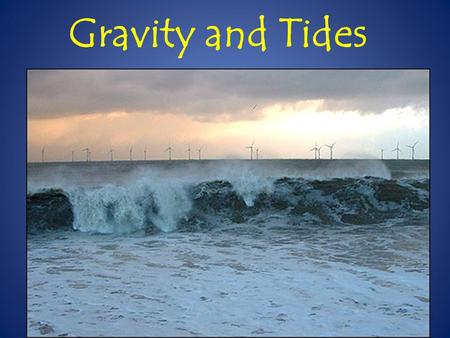