4 Decisions of the congress They were hardly united in their views, they realized they needed to work together. Militias- groups of citizen soldiers. Many wondered if war was coming. The answer came the following spring.

6 Britain sends troops By April 1775, British general Sir. Thomas Gage had several thousand soldiers under his command and more on the way. He learned that the colonists were storing weapons and ammunition at Concord.

7 Alerting the colonists On the night of April 18, 1777, Dr. Joseph Warren walked the streets of Boston, looking for any British activity. Warren rushed to alert Paul Revere and William Dawes, leading members of the Sons of Liberty. They rode into Lexington, to warn Samuel Adams and John Hancock that the British were coming.

8 Fighting at Lexington and Concord At dawn the redcoats approached Lexington. About 70 minutemen were ready to fight the redcoats. A shot was fired, this was the first shot at the battle of Lexington it was the Shot heard ‘round the world. After the first shot both sides let loose in exchange of bullets.

9 Fighting at Lexington cont. British troops continued to Concord fighting minutemen along the way. By the time they reached Boston, 174 redcoats were wounded and 73 were dead.

10 More Military Action American captain Benedict Arnold was ordered to raise a force of 400 to seize Fort Ticonderoga. On May 10, 1775 the garrisons surrendered the fort. The Arnold became a British general.

11 Building Forces The American army had 20,000 more soldiers Both sides waited to see who would make the next move.

12 The Battle of Bunker Hill On June 16, 1775 about 1,200 Americans under the command of Colonel William Prescott waited for the redcoats. 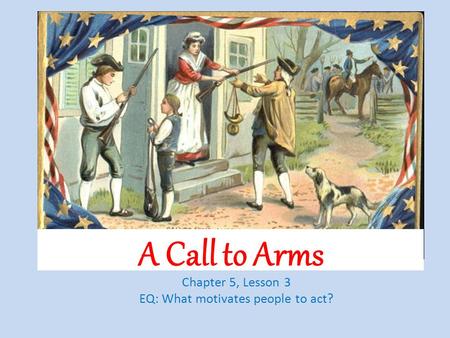 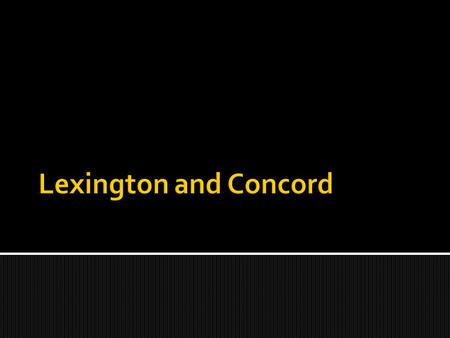  Tensions increased during the winter of 1774 and spring of The King refused to listen to the colonists’ complaints. Patrick Henry said, “Give.