1 Waves What are waves?

6 Transverse Waves  Waves that move the medium at right angles to the direction in which the waves travel are called transverse waves.

7 Longitudinal Waves  Longitudinal waves move the medium parallel to the direction in which the waves travel.

10 Draw in your notes

12 Wavelength: distance from crest to crest 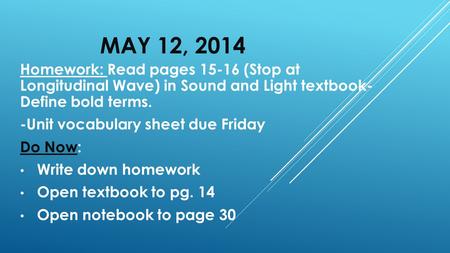 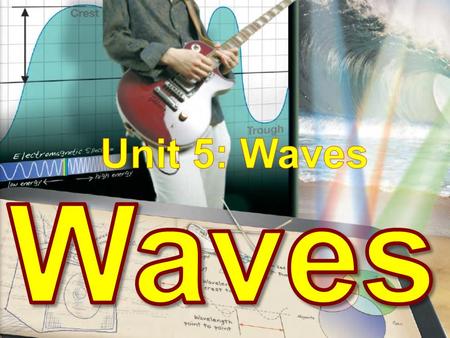