6 The European Union Today, 27 nations in Europe are members of an organization called The European Union. This union was founded in 1957, and was formalized as the European Community by the Treaty of Rome. 1957 Members Belgium, France, West Germany, Italy, Luxembourg, & the Netherlands

8 The European Union The EU first started out as an economic cooperation group with the aim of boosting the economies of Western European nations. As time has gone on, the EU has evolved into more of a political alliance or union. The aim of the EU has shifted its quest from merely European prosperity to peace.

9 EU Economies Currency refers to the type of money used in a place or country. Our currency in the U.S. is the “Dollar” All currencies are not worth the same amount. For example, one dollar does not equal one drachma.

12 Trade Among EU Nations To encourage trade between EU members, the member nations have done away with tariffs on goods traded with one another. A tariff is a duty, tax, or fee that must be paid on imported or exported goods, making them more expensive.

13 Trade Among EU Nations Another way that the EU has tried to improve trade is to open borders, making it easier for people and goods to move from country to country. The EU is also working to create an economic equality among member nations. To meet this goal the EU is giving poorer nations, like Romania & Poland, money to build businesses & industry.

14 EU Economies The goal of the EU is to make efforts to ensure the prosperity of all member nations. The EU hopes that increased trade an economic cooperation between member nations will make the standard of living in Europe the highest in the world. A person’s standard of living, or quality of life, is based on the availability of goods and services.

17 EU Social Objectives The EU has also established programs to train people to do a variety of jobs. These people are allowed to work not only in their own country, but in any EU member nation. The European Union has also developed a Court of Justice, which protects the rights of all citizens in all member nations.

18 EU Cultural Diversity The EU has a variety of member nations each with it’s own unique culture, or blend of cultures. Some member nations, like Sweden, have a homogeneous population with one dominating culture. Other member nations, Like Belgium, have a wide variety of cultural groups living within its borders.

19 EU City Life Europe has some of the oldest and most popular cities in the world. These cities have served centers of industry, learning, and the arts for centuries. Most of the major cities in Europe provide all that is required to ensure a high standard of living. The most populated city in Europe is London.

25 EU Country Life Many people live in the cities, but many also still live in rural areas. Small villages dot the continent. These are tourist attractions, but those who live there may have had generations of their family living in the same village. Some people still live in houses that have been in their family for hundreds of years.

29 Intro to our……. “Essential Question(s)” Why does international trade require system of exchanging currency between nations?

34 Today’s Standard SS6E6 The student will analyze the benefits of and barriers to voluntary trade in Europe. b. Explain why international trade requires a system for exchanging currencies between nations.

36 Return to our……. “Essential Question(s)” Why does international trade require system of exchanging currency between nations? 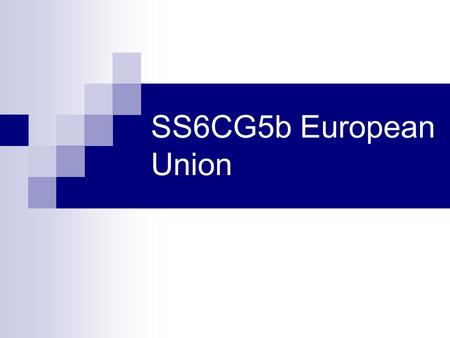 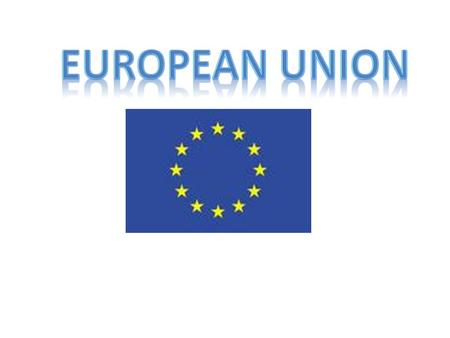