How did the Industrial Revolution Impact the Rest of the World? With a Focus on Asia and Africa.

Presentation on theme: "How did the Industrial Revolution Impact the Rest of the World? With a Focus on Asia and Africa."— Presentation transcript:

1 How did the Industrial Revolution Impact the Rest of the World? With a Focus on Asia and Africa

3 The demand for more raw materials to be used in factories and new markets to sell their goods led the European nations of France, Great Britain, Germany, Spain, and Portugal to expand their control into Africa. The Europeans did not gain this African land easily. They often met with fierce resistance which led to fighting for many years over the territory. In most areas of Africa, Europeans controlled all levels of government. This meant they controlled every aspect of the lives of the people, including their political structure, trade, and economic development, and even the Africans’ culture.

4 The eastern part of Southeast Asia contained three small nations, known today as Laos, Cambodia, and Vietnam, none of which had stable governments. In the 1800s, the French military took over the region and claimed it for France. The governments of the three nations were run by France, who controlled their political affairs as well as their economic prospects, which France exploited for its own benefit.

5 In 1854 the Egyptian government allowed a French company to start building a canal through the isthmus of Suez connecting the Mediterranean Sea and the Red Sea. Egypt owned half of the stock in the company and the French the other half. A few years later the Egyptian ruler, who led an extravagant lifestyle, needed to raise money, so he sold the stock to the British. Then when an uprising broke out in Egypt, British troops came in to quell it and protect the Suez canal. This led the British to take over control of Egypt.

6 The Ottoman Turks had swept out of Central Asia during the 14th century, conquering nearly all of the modern-day Turkey, and then set about expanding their empire in the Middle East and into Europe. The Ottomans used highly trained soldiers to conquer other countries and continue their expansion. By 1526 the Ottomans ruled most of Eastern Europe, western Asia, and northern Africa. The empire the Ottomans created was an Islamic state, ruled by the sultans. The sultans controlled the political, and economic affairs of the countries in their empire.

7 The reforms begun by the Meiji Restoration changed Japan into a modern industrial and military power. This power allowed Japan to begin a policy of expansion in the late 1800s. Japan forcibly took over Korea and parts of China between 1895 and 1905. In the 1920s Japan expanded further and became increasingly militaristic, ruling political and economic development in its empire through its military.

Download ppt "How did the Industrial Revolution Impact the Rest of the World? With a Focus on Asia and Africa." 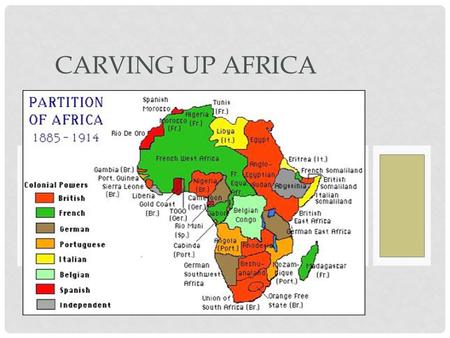 CARVING UP AFRICA. THE RACE FOR THE COLONIES The Nations of the world competed fiercely for colonies The fiercest competition took place on the continent. 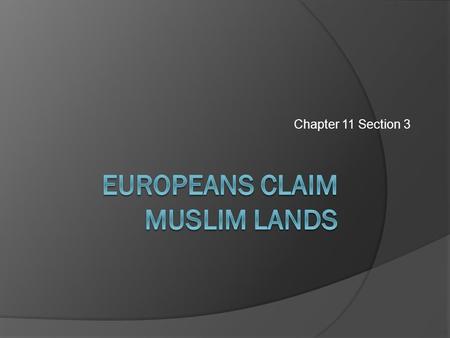 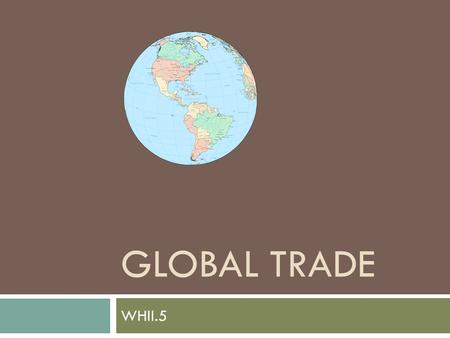 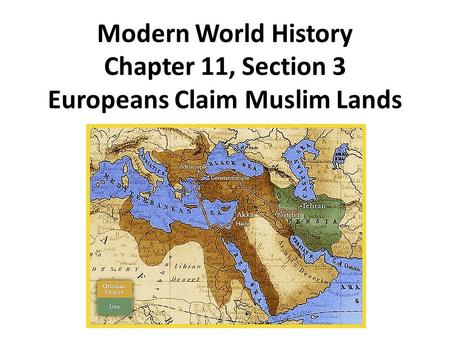 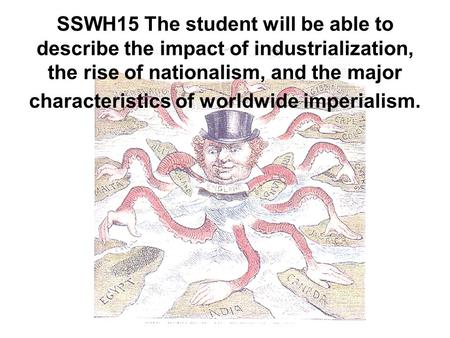 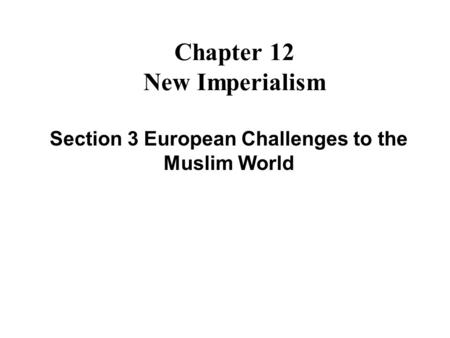 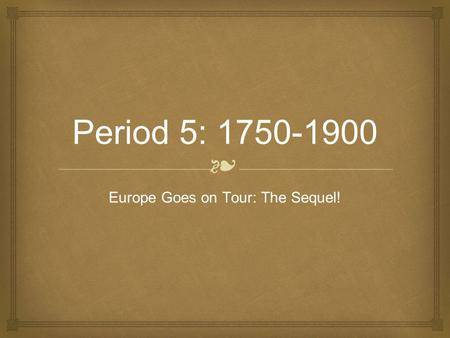 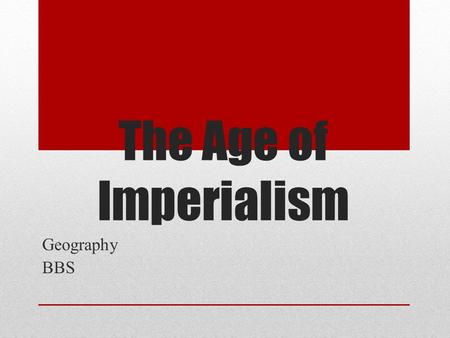 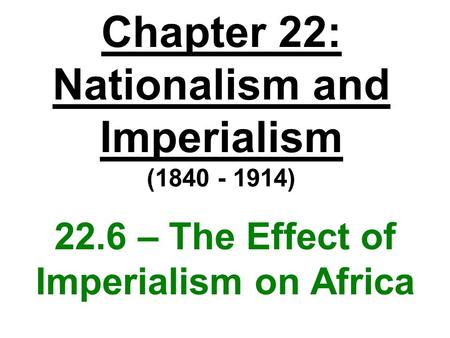 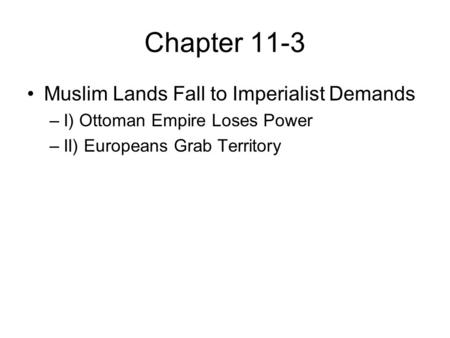 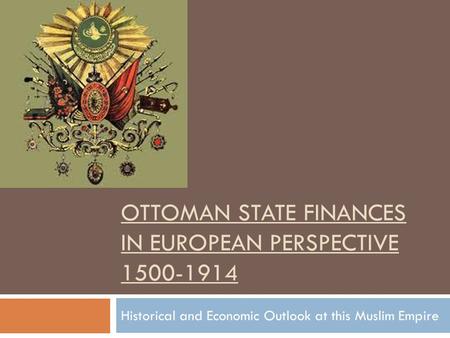 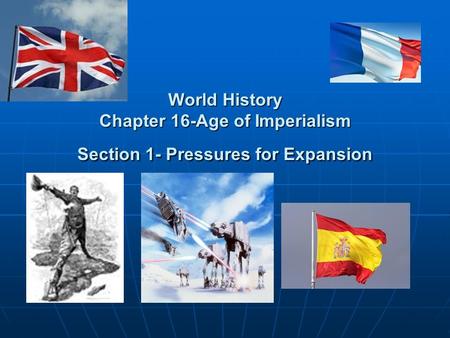 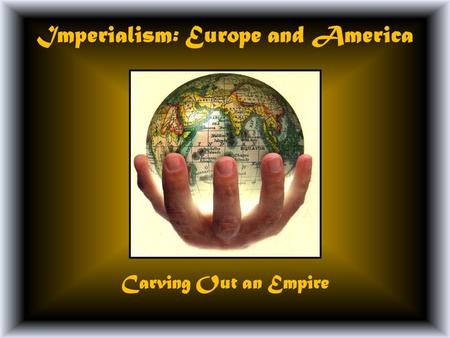 Imperialism: Europe and America Carving Out an Empire.