10 doc.: IEEE 802.11-12/0324r2 Submission Ack ID design Some considerations: –Short Ack SIG cannot accommodate the whole RA MAC address –Using partial RA MAC address/AID may lead to a scenario where two or more adjacent STAs may share a same partial address –It is good to also include some information related to the frame being acknowledged One good candidate is the partial FCS of the frame being acknowledged –FCS is a hash of the whole MPDU (including addressing, SC, and data payload), which can make the Ack ID more randomized –Partial FCS is directly available in the received frame It can be even better to also include the scrambler seed in the Service field of the received frame in the calculation of Ack ID –Some frames, like PS-Poll, always have fixed field values, thus unchanged FCS –The scrambler seed can add a random factor for this case March 2012 Slide 10Yong Liu, Marvell, et. al.

15 doc.: IEEE 802.11-12/0324r2 Submission Motion 4 Move to include an Ack ID field (bits TBD) in short Ack SIG, and use 1) partial FCS and, 2) the information from the scrambling seed in the SERVICE field of the frame being acknowledged for the computation of the ACK ID for short ACK frames? March 2012 Slide 15Yong Liu, Marvell, et. al. 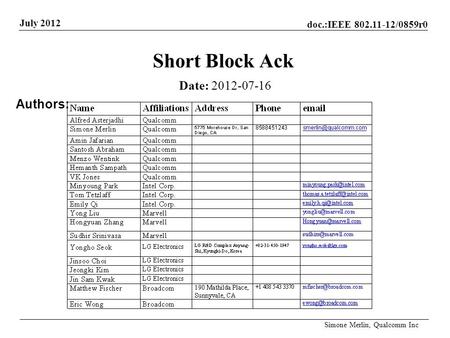 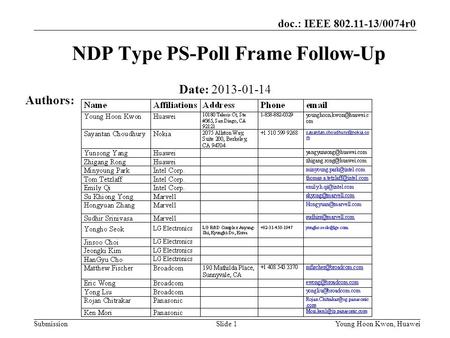 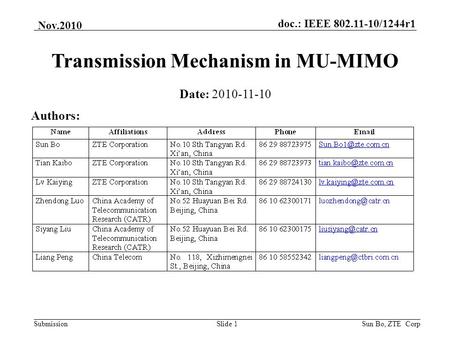 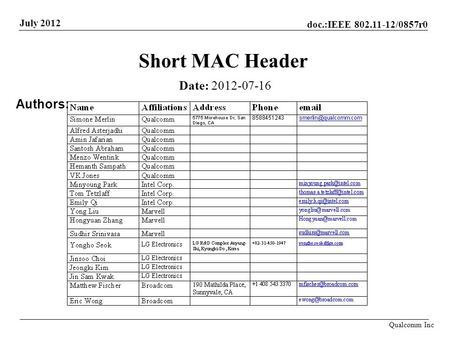 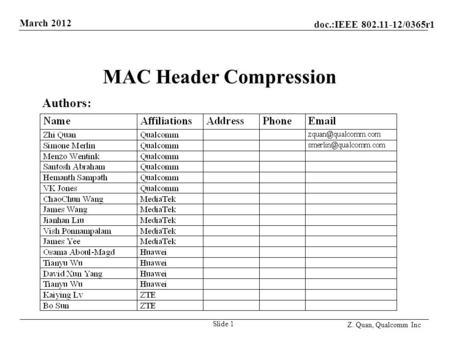 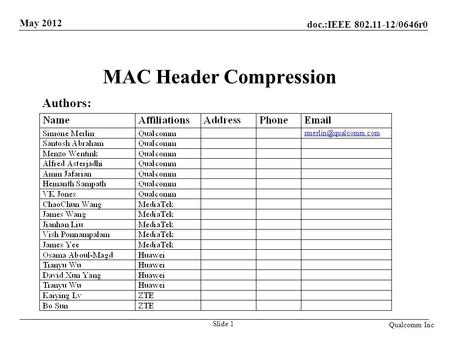 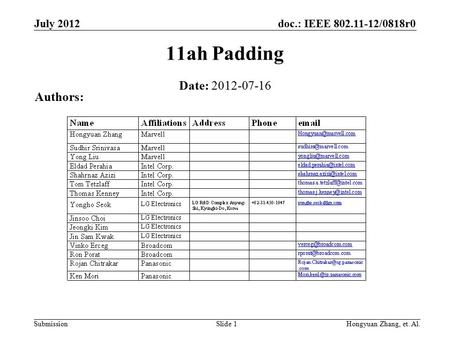 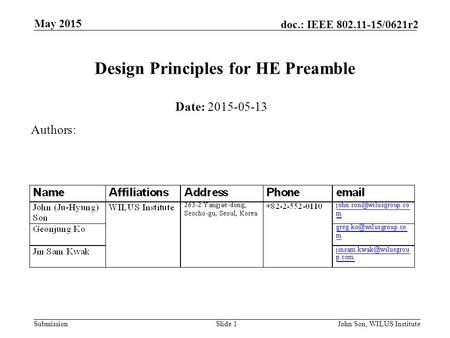 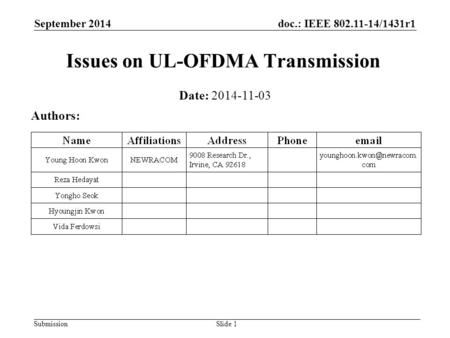 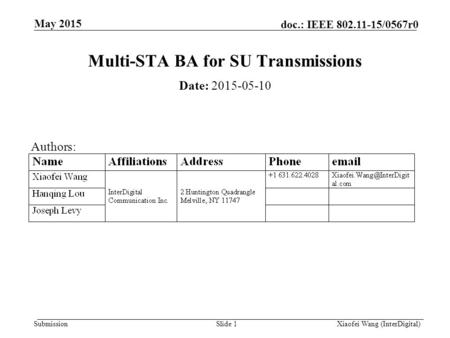 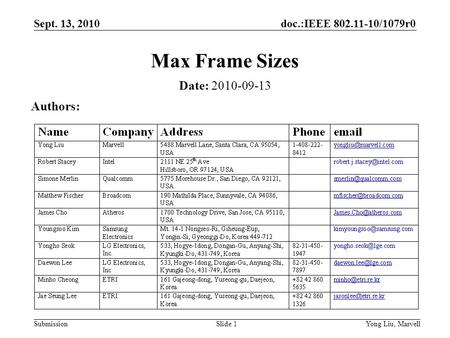 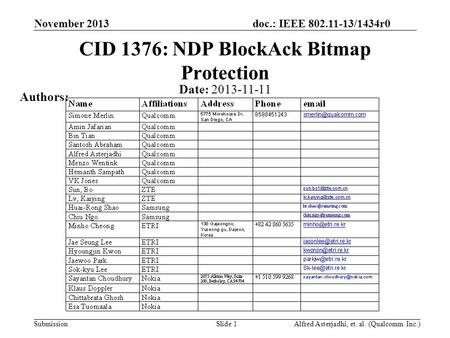 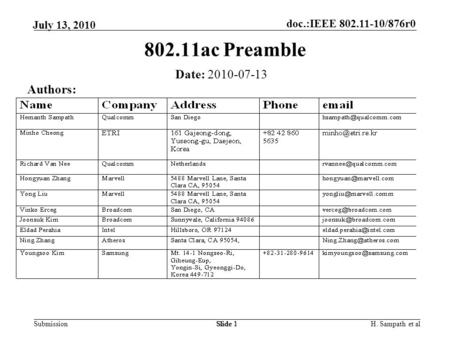 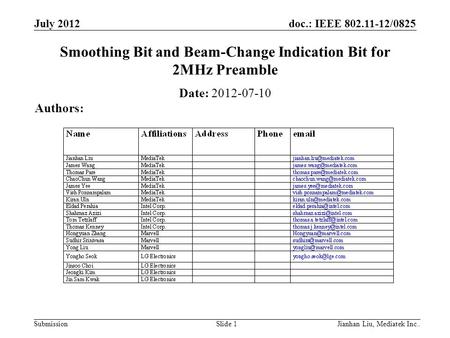 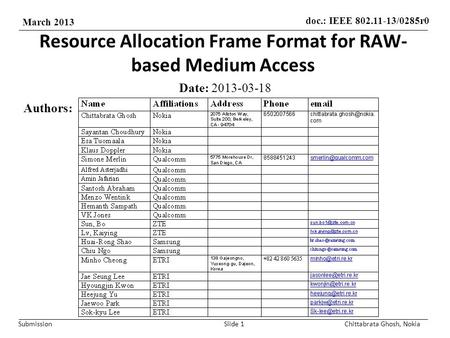 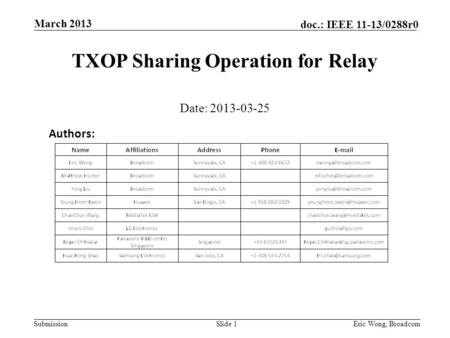 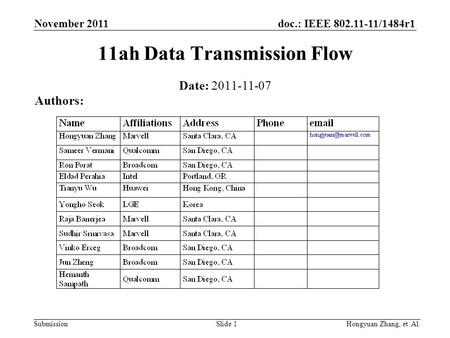 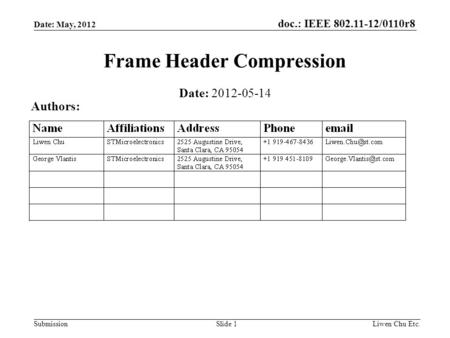