6 Examples   Everybody is doing this. Join the crowd! You must JOIN in to FIT in!   If you want to fit in, you need to “jump on the bandwagon” and do it too.   Everyone in Auburn is supporting Bob Riley. Shouldn’t you be part of the winning team?

8 Transfer Examples:   Good feelings, looks, or ideas transferred to the person for whom the product is intended.

10 Examples of Testimonial *An important person endorse a product

11 More Testimonial Examples If we drink milk we will all be as famous and as strong as superman.

12 Snob Appeal  Aims to flatter  Makes assumption/ insinuation that this product/idea is better than others…  Thus, those that use it are too. The Ultimate driving machine

13 Plain Folks  Opposite of Snob Appeal  Identifies product/idea with a locality or country  Practical product for ordinary people. Like a good neighbor …

20   THE 20th CENTURIES TOP 10 COMMERICAL Slogans/JINGLES You Deserve a Break Today (McDonald’s) Be All That You Can Be (U.S. Army) Pepsi-Cola Hits The Spot (Pepsi-Cola) Mmm Mmm Good! (Campbell Soup) See The USA In Your Chevrolet (GM) I Wish I Were An Oscar Mayer Wiener (Oscar Mayer) Double Your Pleasure, Double Your Fun (Wrigley's Gum) Winston Tastes Good Like A Cigarette Should (Winston) It’s The Real Thing (Coca-Cola) A Little Dab’ll Do Ya (Brylcreem) Source: Advertising Age

24 Examples of Name-Calling Do we want a mayor who will leave us in debt? In a campaign speech to a logging company, the Congressman referred to his environmentally conscious opponent as a "tree hugger." 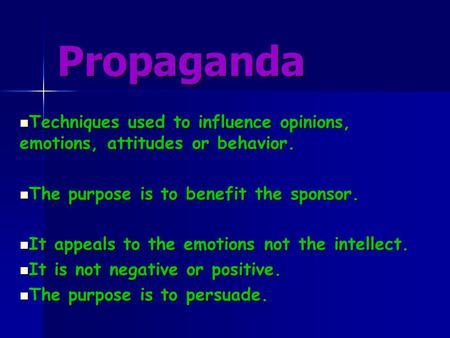 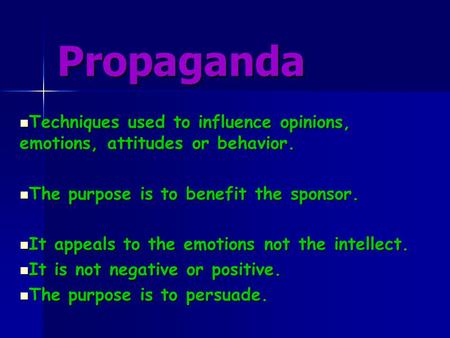 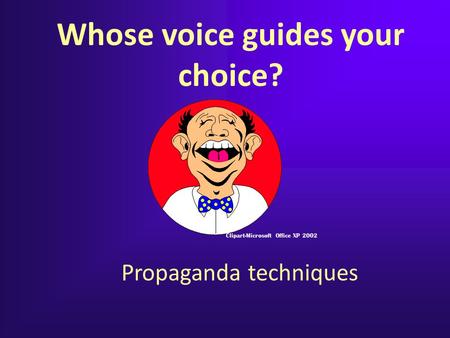 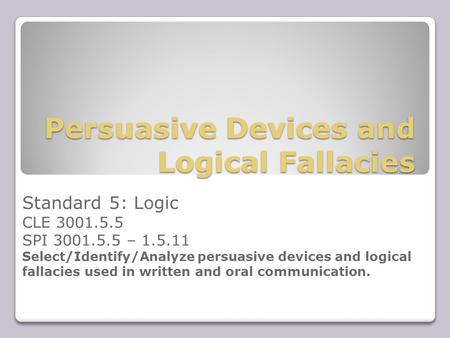 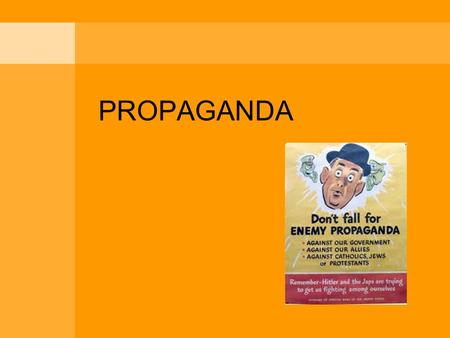 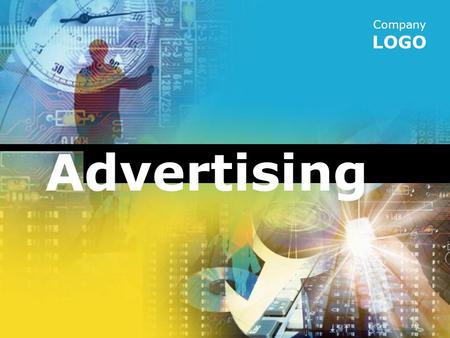 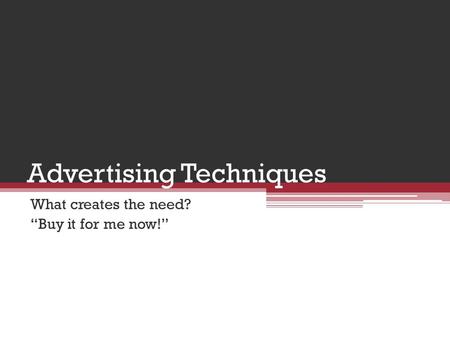 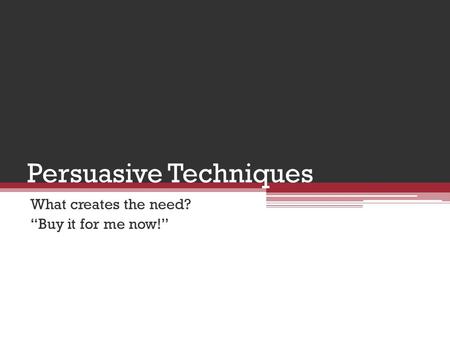 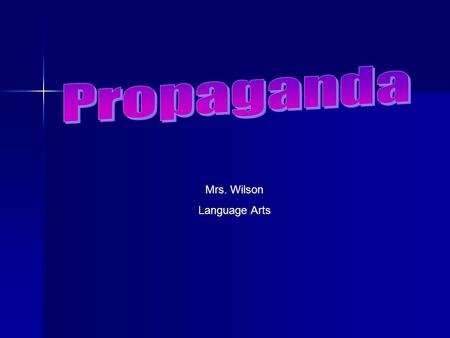 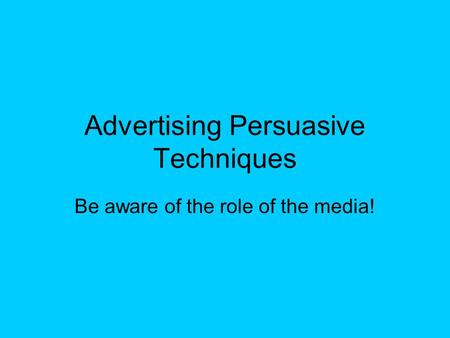 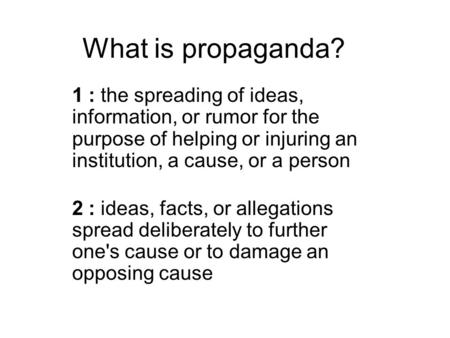