CISM Site Visit 29 May 2003 Diversity within CISM Ramon Lopez and the CISM Team.

2 CISM Site Visit 29 May 2003 The need for increased diversity  To maintain a healthy community, we must draw more from populations that historically have not pursued careers in science  For example, in 1998, about 55% of all bachelors degrees awarded in the U.S. were earned by women  The U.S. Department of Education projects that this trend will continue to grow and that women will represent 58% of the bachelors class of 2010.

3 CISM Site Visit 29 May 2003 The need for increased diversity While total enrollments are going up, a disproportionate fraction of that growth comes from groups that traditionally do not follow scientific careers Source:Digest of Education Statistics, NCES-2001-034, National Center for Education Statistics, 2001.

4 CISM Site Visit 29 May 2003 Diversity in Physics  In 1997 African Americans earned only 5% of Bachelor’s degrees and 1% of Ph.D. degrees (and only 0.5% in Earth and Space Sciences). The numbers for Hispanics were 2% and 1%, respectively  AGU/SPA has 3100 members  Anecdotally, there are about a dozen Hispanic Space Physicists in the US community and only a handful of African Americans

12 CISM Site Visit 29 May 2003 New Graduate Concentration in Space Physics at AA&MU CISM is working with AAMU to support the introduction of a new MS concentration Paperwork will be prepared this summer; creation of new program by next year CISM resources, like Summer School, joint mentoring of student research via Access Grid, etc., are key supports CISM will reallocate funding identified from the Education budget to partially support a new Space Physics faculty line; AAMU will provide the other half of the funding This new program will be a significant CISM legacy providing a new and lasting pathway for African- Americans to enter Space Physics.

13 CISM Site Visit 29 May 2003 Conclusions CISM has a strong commitment to diversity, as illustrated by the makeup of the Executive Committee and core institutions Because of the very small numbers in the field, just bringing a few Hispanic or African-American students into the space physics will have a large impact 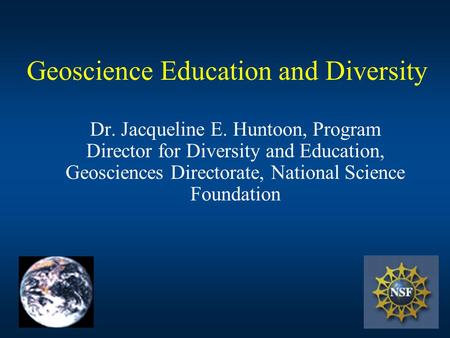 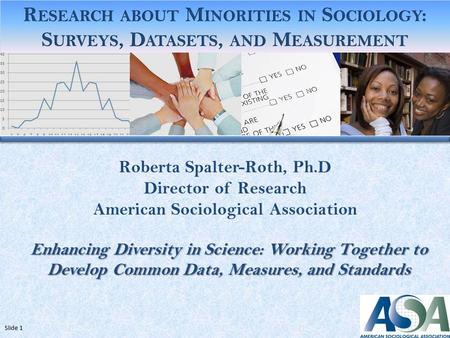 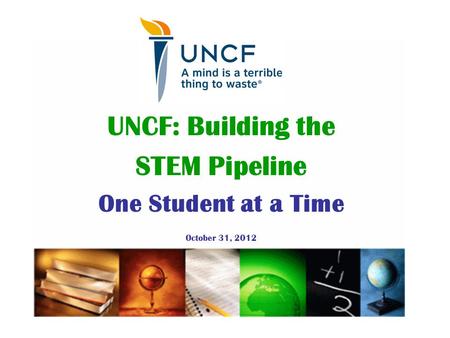 UNCF: Building the STEM Pipeline One Student at a Time October 31, 2012. 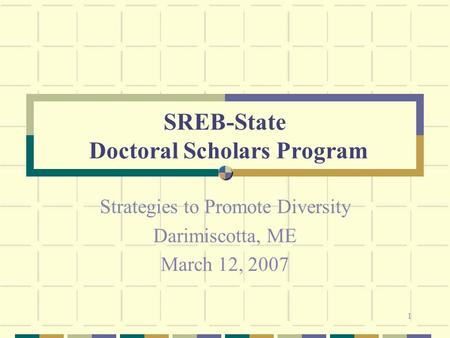 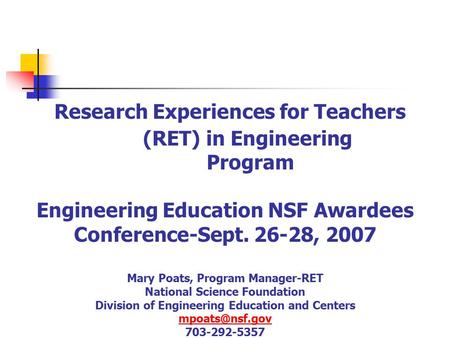 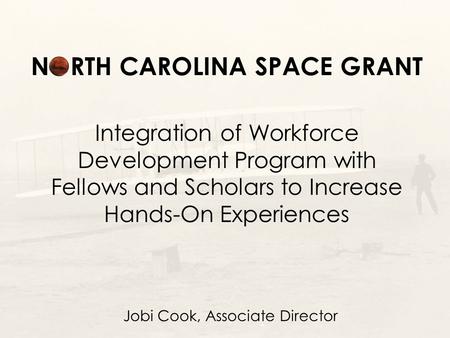 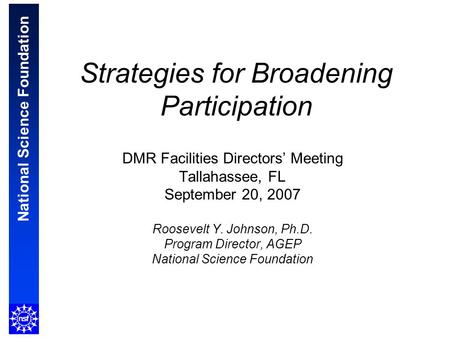 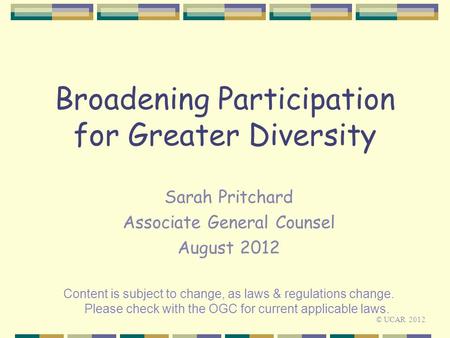 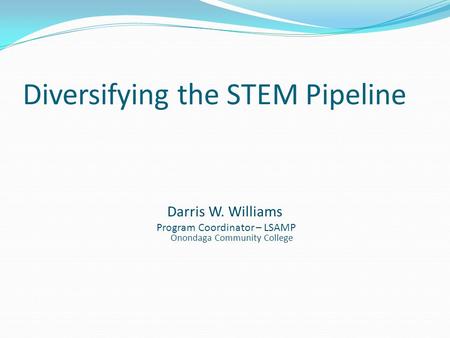 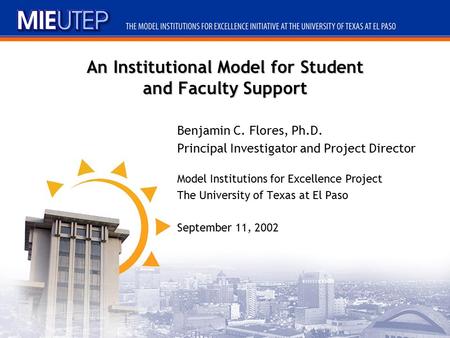 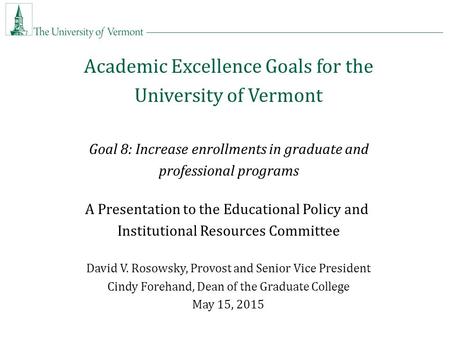 Academic Excellence Goals for the University of Vermont Goal 8: Increase enrollments in graduate and professional programs A Presentation to the Educational. 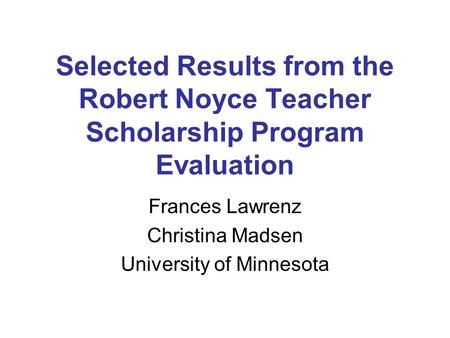 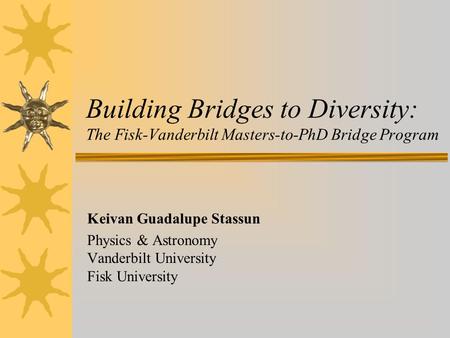 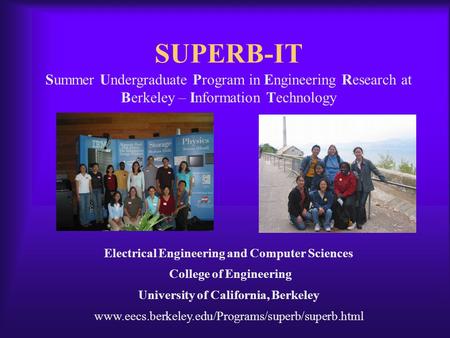 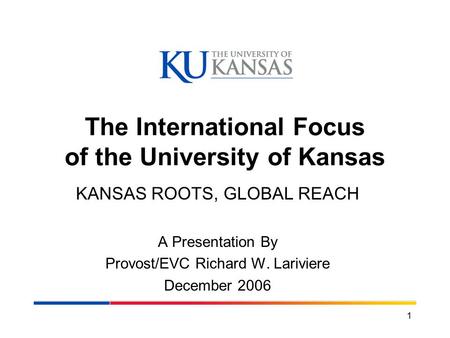 1 The International Focus of the University of Kansas KANSAS ROOTS, GLOBAL REACH A Presentation By Provost/EVC Richard W. Lariviere December 2006. 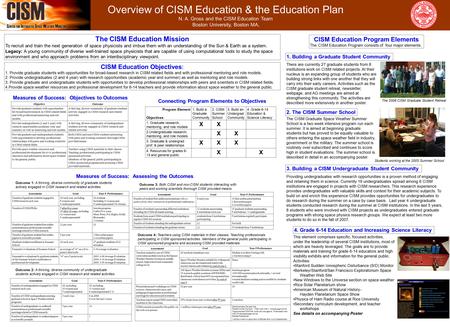 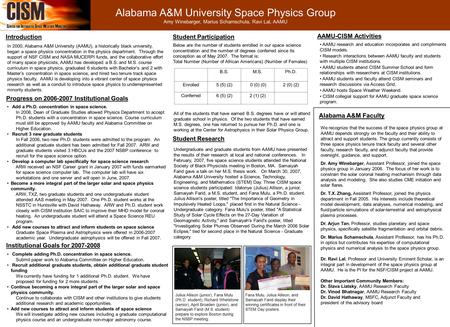 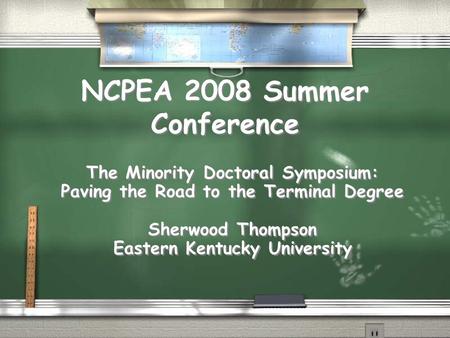 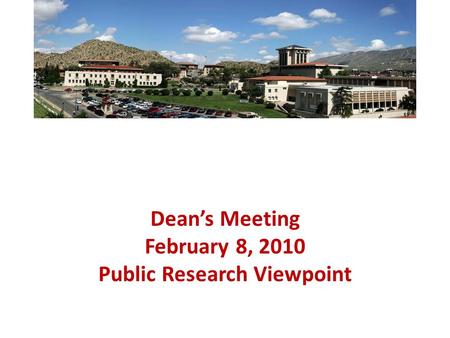 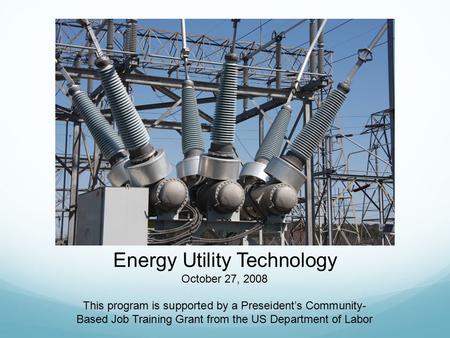 Energy Utility Technology October 27, 2008 This program is supported by a Preseident’s Community- Based Job Training Grant from the US Department of Labor.