Ecology. ECOLOGY What is the study of living things and how they interact with their environment?

Presentation on theme: "Ecology. ECOLOGY What is the study of living things and how they interact with their environment?"— Presentation transcript:

2 ECOLOGY What is the study of living things and how they interact with their environment?

4 What is an organism? One member of a species

5 What is a species? An organism that can reproduce and produce fertile offspring

6 What is a population? Organisms of the same species living in the same area. Why are you looking at us?

7 What is a community? All the different species (living things) in an area

9 What is a biome? Group of ecosystems with same climate, same types of living things (plants and animals)

10 What is the biosphere? All the areas of the Earth (above, on, below surface) that contains living things

11 Habitat is where an organism lives and gets its needs met? (example: food, air, shelter, etc.)

12 CLIMATE is the average temperature and precipitation in a particular area.

15 Carnivore, Herbivore, Omnivore Eats only meat Eats only plants Eats meat and plants What do each of these consumers eat?

16 DECOMPOSERS (Mushrooms, Worms, Bacteria) What digests and absorbs nutrients from breaking down dead and decaying organisms?

17 Scavengers Vultures & Hyenas We really need to thank the lions for killing our meal!

18 THE SUN!!!! What provides almost all the energy in ecosystems?

19 What is this structure called? Energy Pyramid Name and describe each trophic level. See labels How much energy is transferred from lower level to next? 10% Carnivores (eat Herbivores) & Omnivores Carnivores & Omnivores

20 Food Chain Linear Loss of one organism disrupts the chain

21 Food Web Arrows show the transfer of energy from one organism to another. Arrow points to mouth that does the eating. One loss of organism does not disrupt the entire web. A ______ ____ is an ecological model of the relationships of complex interactions among organisms in a community.

23 A factor caused by human actions such as pollution, all trees cut down, global warming, making a park, or over hunting that affect the environment or a population.

24 __Competition______ is the term used for organisms fighting for the same resources (food, shelter, mates) in an area.

26 SYMBIOSIS is the term for organisms depending on each other

27 Mutualism is when both organisms help each other (+/+) Ex: Bee & Flower Lichen (algae/fungus) Shark & Remora Fish

28 Commensalism is when one organism gets helped and the other not affected (harmed or helped) (+/0) Ex: Bird nest/Tree Barnacle/Whale

29 Parasitism is when one benefits (parasite) and one is harmed (host) but not necessarily killed (+/-) Ex: Tick (parasite)/Dog(host) Mistletoe(parasite)/Deciduous Tree(host)

30 What is Predator/Prey Predator (lynx that kills and eats) vs. Prey (rabbit that gets killed) (+/-) “Predation”

31 Primary Succession: is when the area did not have any growth, begins with rocks/lava and slowly began with small plants, and eventually became a forest.

32 Secondary Succession is when there was a forest and a fire or other disaster killed most but not all plants and then it re- grows into a forest again.

33 A B C D Which type of vegetation represents a climax community? Largest Mature Trees

Download ppt "Ecology. ECOLOGY What is the study of living things and how they interact with their environment?" 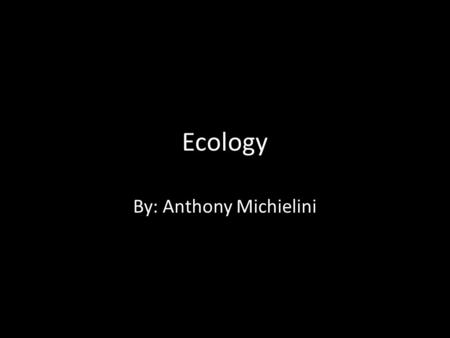 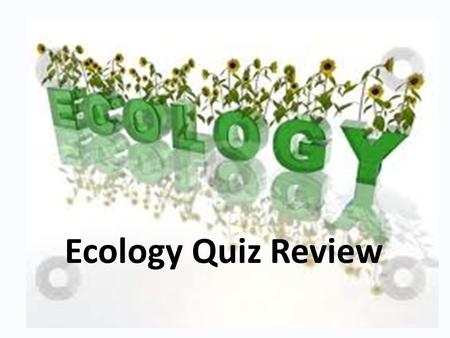 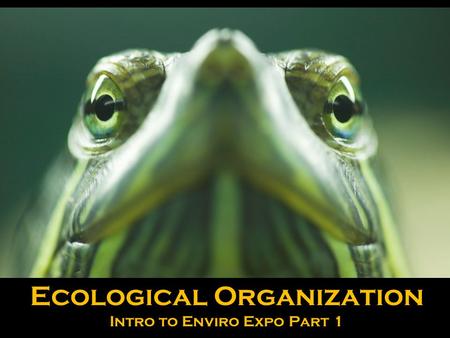