1 Textile Industry: the First Example of Industrialization Objective: I can prove industrialization had a social, political, and economic effect on Western Europe and the World.

2 Textile Industry: the First Example of Industrialization  England had long been the center of textile production.  Traditionally, British textiles were produced through the putting-out system.

3 Textile Industry: the First Example of Industrialization  Craftspeople in rural areas spun flax (linen) into fiber (thread) at home.  The fiber was then transported by merchants to other craftspeople who wove the fiber into fabric.  Because the labor was spread out in many workers’ homes, the putting-out system did not produce textiles quickly enough to keep pace with rising demand.

5 Inventions of New Machines  The putting-out system came to an end with a number of inventions that changed the way textiles were manufactured.  These changes led to the creation of the first textile factories.

9 Invention of New Machines  In about 1764, James Hargreaves invented the spinning jenny, which allowed as many as 16 threads to be spun at once.  With it, spinners were able to catch up with the weavers.  These new machines were placed in special buildings, or factories.  Now spinners, weavers, and the machines were brought together in one place.

15 Invention of New Machines  The Scotsman James Watt’s improvement of the coal- powered steam engine in 1782 contributed to the growth of the textile industry.  So did Edmund Cartwright’s power loom (1785), which was run by steam power.

17 Effects of Steam Power  Rushing streams and rivers turned the huge wheels that had provided power used by the early factories.  With the steam-powered water loom, textile factories could be built anywhere, not just near sources of water.

18 Effects of Steam Power  The steam engine also contributed to the growth of steam-powered railroads in the early 19 th century, which allowed merchants to transport goods cheaply long distances over land.  England’s coal industry grew as the use of the steam engine grew.  More workers were needed to mine coal and to run steam powered machines in factories and steam engines in ships and trains.

Download ppt "Textile Industry: the First Example of Industrialization Objective: I can prove industrialization had a social, political, and economic effect on Western." 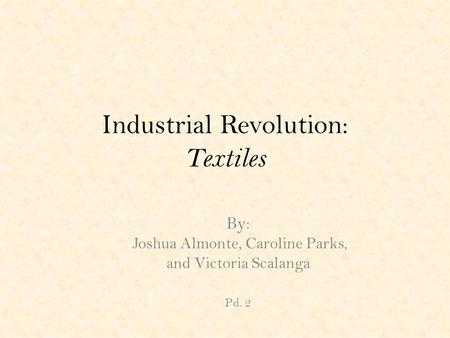 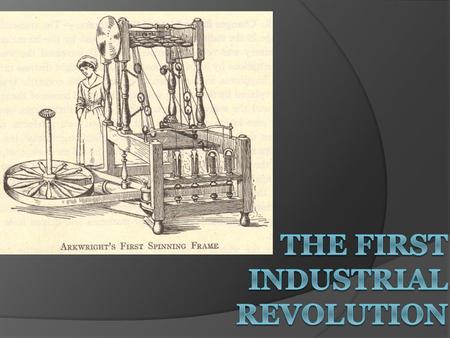 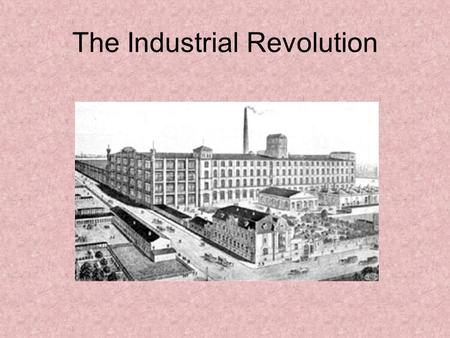 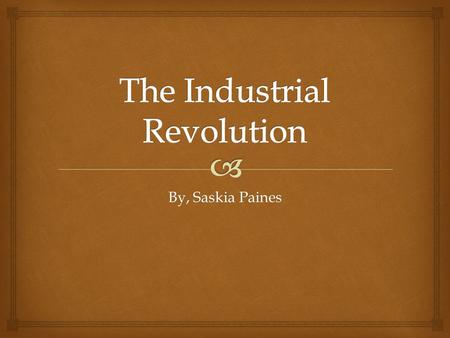 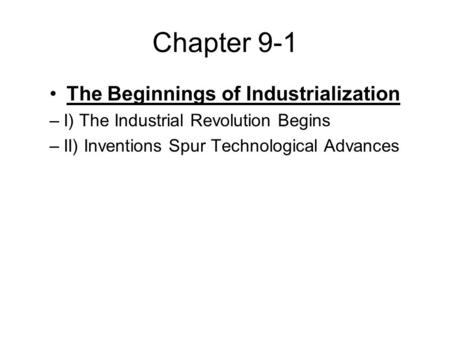 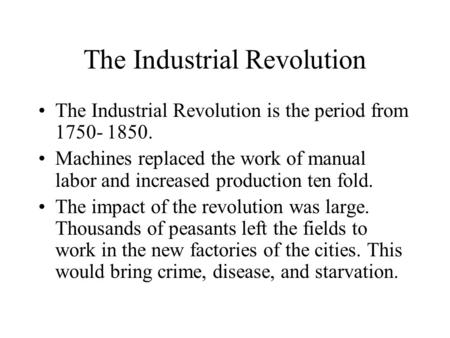 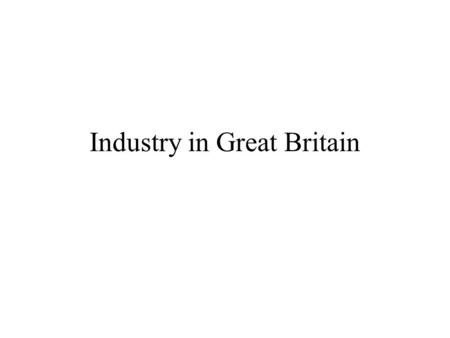