2 ’ Using Apostrophes There are two uses for apostrophes:
1. to form contractions did + not = didn’t 2. to show possession or ownership Jean’s essay was good.

3 Using Apostrophes FORMING CONTRACTIONS I + am = I’m
could + not = couldn’t REMEMBER: The apostrophe takes the place of the missing letter(s). Be sure to put it in the right location! Did’nt Didn’t wrong right!

5 Using Apostrophes Tip: Even when a singular noun already ends in -s, you must still add an apostrophe and an -s to form the possessive. The class’s test scores were high. Lewis’s essay was interesting.

6 Using Apostrophes SHOWING POSSESSION: Plural
Form the possessive of plural nouns, including plural names, by adding just an apostrophe. No additional -s is needed after the apostrophe when the plural noun already ends in -s. The two computers’ monitors were different. The Clintons’ relationship is interesting.

7 Using Apostrophes Tip: When a plural noun does not end in -s, you must add an apostrophe and -s to form the possessive. The children’s boots are covered with mud. Men’s fashions do not change as radically as women’s do.

9 Using Apostrophes Here’s another common mistake! Don’t mix up possessives and contractions. Possessive Contraction theirs there’s (= there is) whose who’s (= who is) your you’re (= you are)

12 Using Apostrophes Many people confuse its and it’s.
Remember that its, which means belonging to it, is like other possessive pronouns—it doesn’t take an apostrophe! The contraction it’s means it is. The apostrophe tells you that the letter i is missing.

13 Using Apostrophes The bakery donates its leftover bread to a soup kitchen. It’s too late to register for that course now. Let’s Try Some! 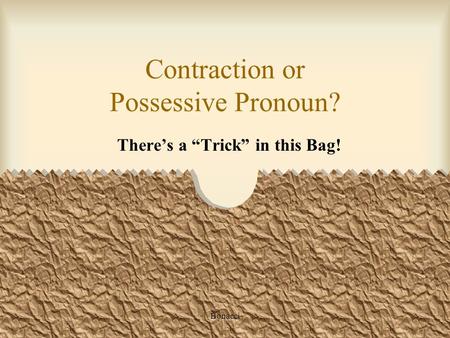 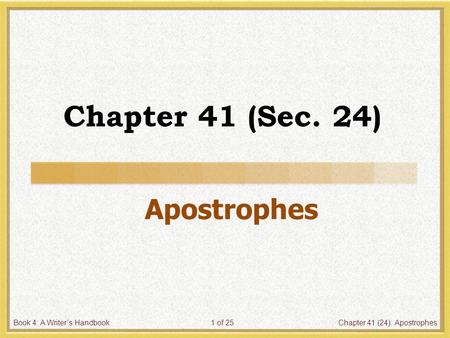 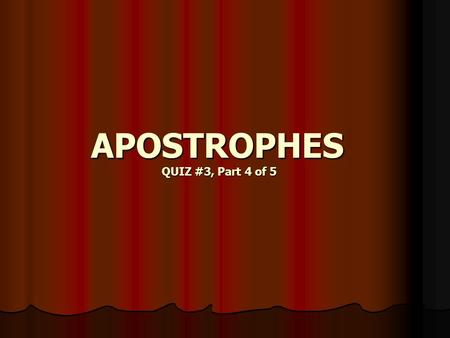 APOSTROPHES QUIZ #3, Part 4 of 5. If you need to review… REMEMBER: APOSTROPHES can mean that LETTERS are missing. For example – DO NOT becomes DON’T. 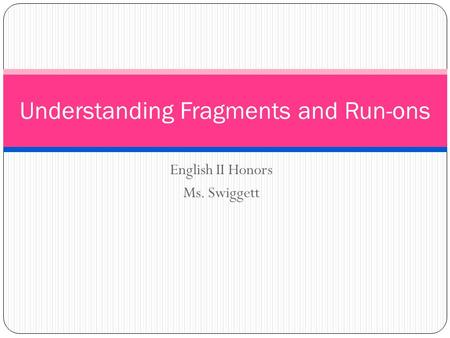 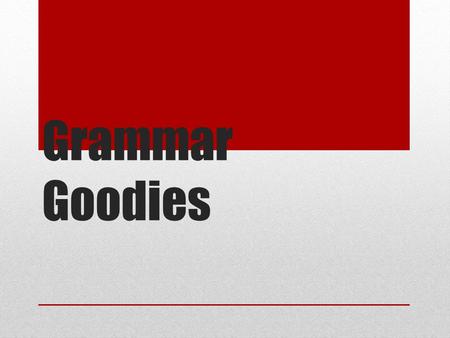 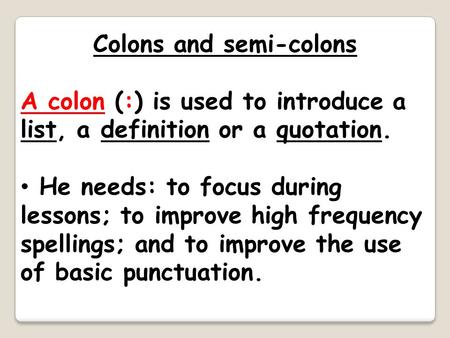 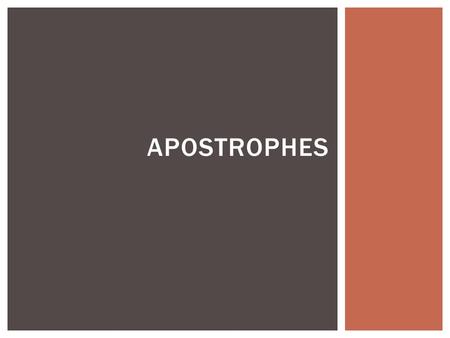