2 Differences between RNA and DNA DNA = double strand; RNA = single strand RNA contains Ribose instead of deoxyribose. RNA uses a nitrogen base called Uracil instead of Thymine. What would the conjugate strand of RNA be for the following DNA sequence? AAGCATTCAT

3 From Genes to Proteins All the proteins in your body need to be produced. Transcription – The stage of protein synthesis in which the information in DNA for making a protein is transferred to an RNA molecule. A DNA molecule is copied into a molecule called RNA (Ribonucleic Acid) A single stranded nucleic acid.

6 Now that RNA is made… After the copy of DNA is made the genes that are encoded in the RNA are read in order to piece together the protein. Translation – The stage of gene expression in which the information in RNA is used to make a protein. Gene Expression – Combination of Transcription & Translation. AKA Protein Synthesis.

9 RNA Used in Making a Protein There are three RNA molecules that are involved in the production of proteins. Messenger (mRNA) Ribosomal (rRNA) Transfer (tRNA) Each one of these molecules has a specific function in protein synthesis.

10 Translation mRNA carries the RNA copy out of the nucleus and into the cytoplasm. The mRNA takes the RNA to a ribosome which will build the protein. A tRNA molecule brings amino acids to the ribososme. 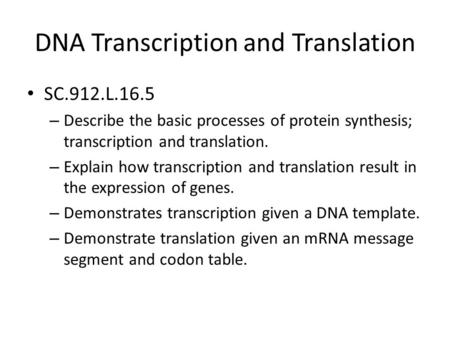 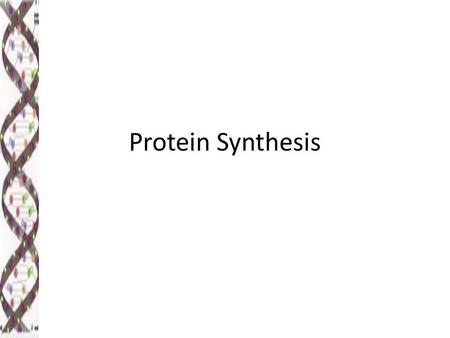 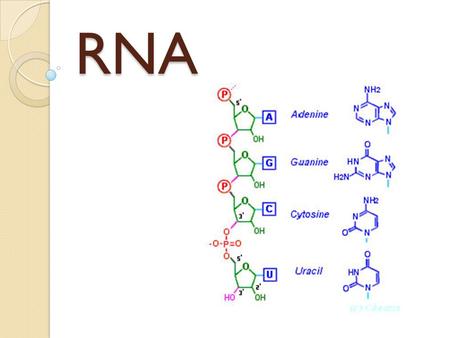 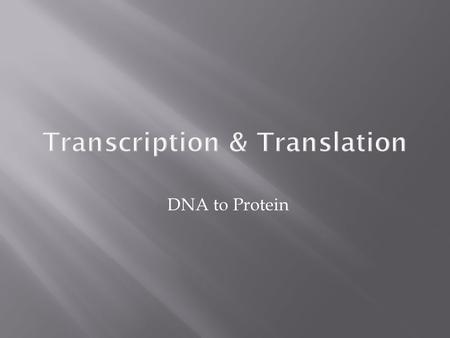 DNA to Protein Transcription & Translation.  What are these nucleotides telling us?  Sequence of nucleotides in DNA contains information to produce. 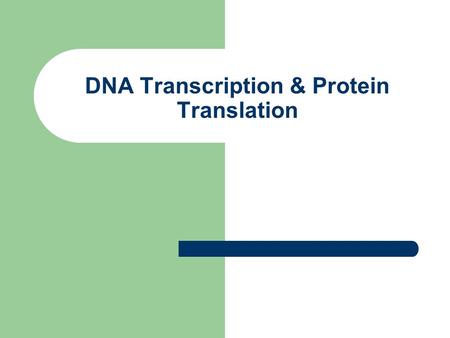 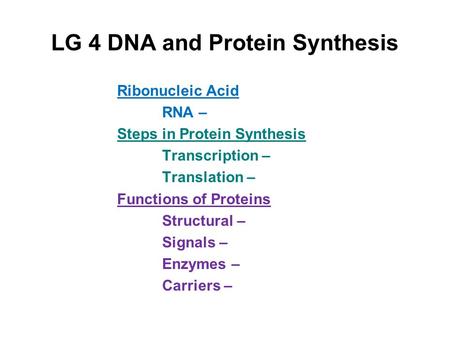 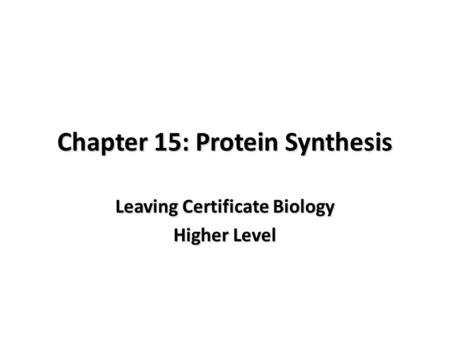 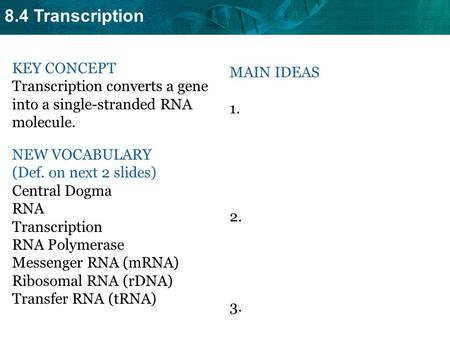 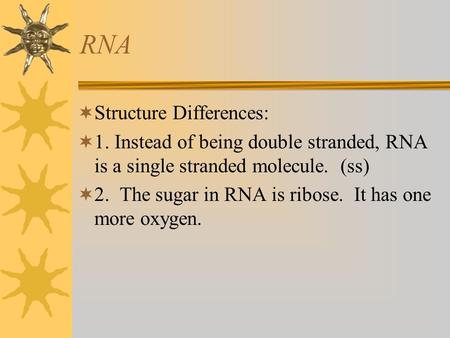 RNA  Structure Differences:  1. Instead of being double stranded, RNA is a single stranded molecule. (ss)  2. The sugar in RNA is ribose. It has one. 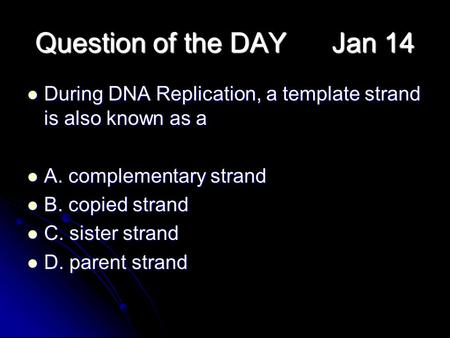 RNA and Protein Synthesis Chapter How are proteins made? In molecular terms, genes are coded DNA instructions that control the production of.