3 Vedas Had to be memorized by Brahmin priests Spoken out loud
After Aryans developed writing, the Vedas were written down in Sanskrit

5 Hinduism Ancient texts known as Upanishads
Describe the search for Braham Says every living thing has a soul and is part of Braham At death, the soul leaves the body and joins with Braham

16 Siddhartha Gautama Born c.563 B.C. in Nepal Was a rich prince
Left is wife and newborn son to explore life Shocked at the misery of people For the first time he realized the world was filled with suffering Became a monk Stopped to meditate Gained followers

17 What did Buddha teach? Believed the world of the spirit was more important than the everyday world People suffer because they care too much about the wrong things Fame, money, and personal possessions lead to greed or anger Taught the 4 Noble Truths

19 Eightfold Path to Enlightment
1. Know and understand the Four Noble Truths 2. Give up worldly things and do not harm others 3. Tell the truth, do not gossip, and do not speak badly of others 4. Do not commit evil acts, such as killing, stealing, or living an unclean life. 5. Do rewarding work 6. Work for good and oppose evil 7. Make sure your mind keeps your senses under control 8. practice meditation to see the world in a new way

20 Buddhism When people are free from earthly concerns, they reach nirvana-state of perfect peace Welcomed all people Placed little importance on varna system Believed in reincarnation People would reach the end of cycle of rebirth by following 8 Fold Path 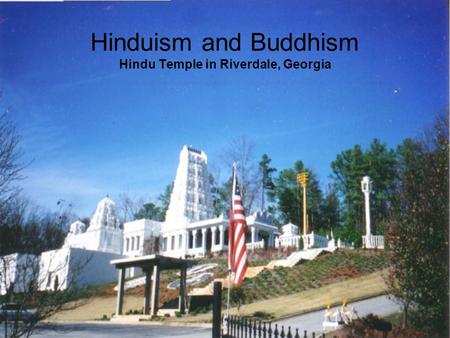 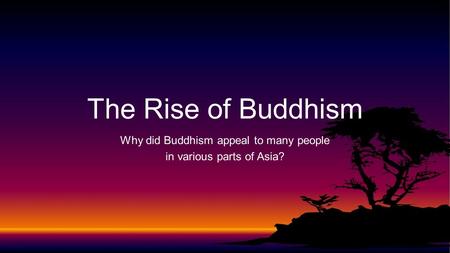 Why did Buddhism appeal to many people in various parts of Asia? 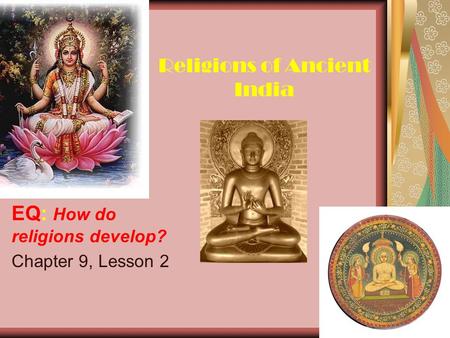 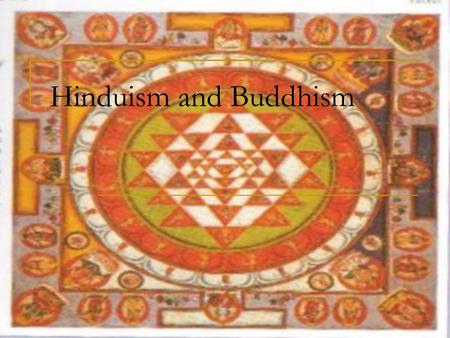 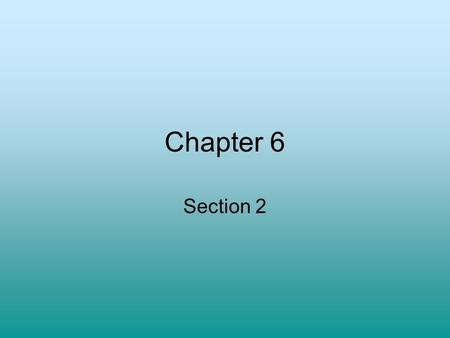 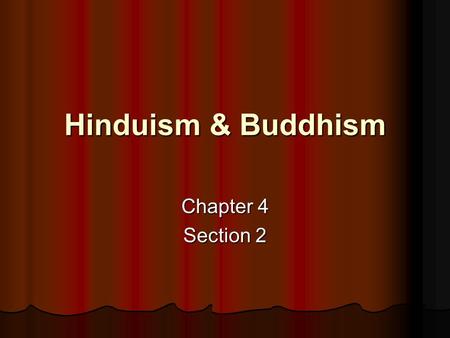 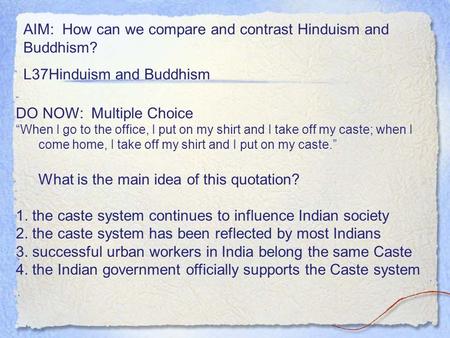 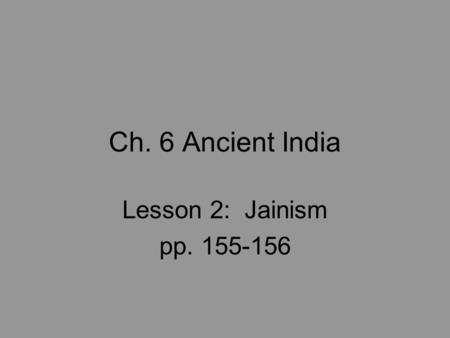 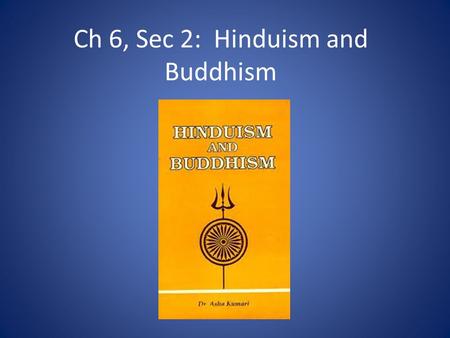 Ch 6, Sec 2: Hinduism and Buddhism. Hinduism 3 rd largest religion of the world Brought to India with the Aryans Has many gods/goddesses that control. 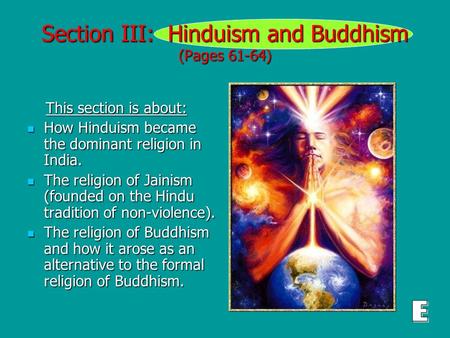