Chapter 5 – Creating a Constitution Section 1 – The Confederation Articles of Confederation: adopted Nov. 1777 – loosely unified the states under a Continental.

1 Chapter 5 – Creating a Constitution Section 1 – The Confederation Articles of Confederation: adopted Nov. 1777 – loosely unified the states under a Continental Congress (to which each state would send delegates) How does our fledgling country pay for its war debts? sell western land to settlers Northwest Ordinance: basis for governing the western lands – guaranteed rights to people living there, including disallowing slavery trade

2 Confederation Congress Problems: diplomacy Britain refused to hold up to some of their end of the bargain at the close of the War and the Congress had no power/money to force them to leave Spain – challenged the border between Georgia and Spanish territory economy much debt personal and State huge argument over the use of paper money and raising taxes

3 Shays’s Rebellion – Massachusetts 1786 Mass. government raises taxes instead of issuing paper money to pay of its debts poor farmers were highest taxed Daniel Shays – (former Captain in the Army during Revolution)a now bankrupt farmer led the rebellion into Boston there met by state militia and rebels were dispersed So what? the rebellion caused people to think the country was unstable they called for a stronger central government

6 Virginia PlanNew Jersey Plan National government – three branches: legislative, judicial, executive Congress would have a single house with each state equally represented Legislature: two houses – one elected by voters, one nominated by state gov’t Congress would have the power to raise taxes and regulate trade Both houses the number of representatives would reflect state population Abandon Articles of Confederation Modified Articles of Confederation Why would smaller states oppose the Virginia Plan? Do you find it odd that the Convention decided to proceed with the Virginia plan?

10 What if something in the Constitution needs to be changed? What is that process called? a two-step process called amending – #1 – propose amendment; #2 – ratify amendment (must have ¾ of all states agree)

12 in Massachusetts – Anti-federalist, Samuel Adams objected to ratification – Concessions are made by Federalists to secure his vote (and ultimately satisfying Anti-feds in other states): promise to attach a bill of rights to Constitution once ratified support an amendment which would give states all powers not specifically granted to the federal gov’t. two states waited until the new government was in place before ratification (RI and NC) March 4, 1789 – first meeting of new Congress George Washington was chosen to become the first president under the new constitution 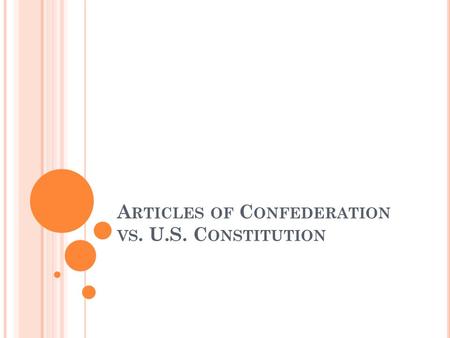 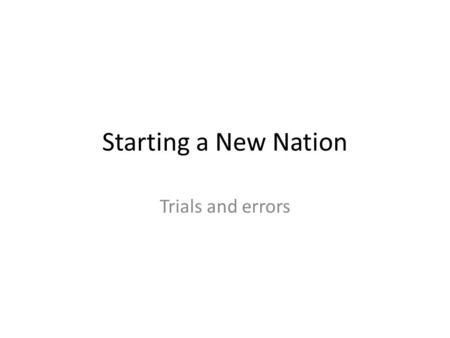 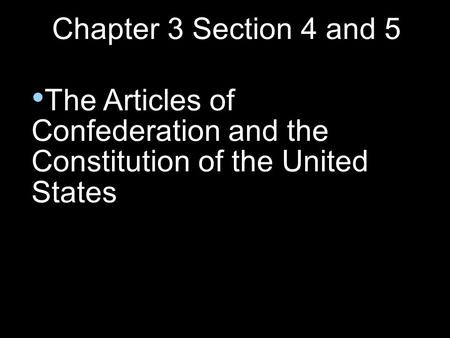