2 The Holy Roman Empire In 936, Duke Otto I of Saxony became the King of Germany. Like Charlemagne, Otto I worked closely with the Church. German emperors claimed authority over much of central and eastern Europe and parts of France and Italy. Conflict with popes over the appointment of Church officials caused problems for emperors.

3 Conflict Between Popes and Emperors
Pope Gregory VII Gregory was determined to make the Church independent of secular rulers. He banned the practice of lay investiture- practice which the emperor or another lay person “invested”, bishops with the ring and staff that symbolized their office. Emperor Henry IV He argued that bishops held their lands as royal fiefs. German princes saw a chance to undermine Henry by supporting Pope Gregory VII.

4 The Struggles Intensifies
In 1076, Gregory excommunicated Henry, freeing his subjects from their allegiance to the emperor. Henry was forced to make peace with the pope. Gregory lifted the order of excommunication on Henry. Henry took revenge on Gregory when he led his army to Rome and forced the pope into exile. Concordat of Worms The struggle over investiture lasted almost 50 years, it ended when both sides accepted the treaty of the Concordat of Worms. In it, they agreed that the church had sole power to elect and invest bishops with spiritual authority. However the emperor had the right to invest them with fiefs.

6 The Height of Church Power
As head of the Church, Pope Innocent II, claimed supremacy over all other rulers. In 1209, Innocent and Philip II, launched a brutal crusade- holy war, against the Albigensians in southern Europe. The Albigensians wanted to purify the Church and return to the ways of early Christianity. Tens of thousands of people were slaughtered in the Crusade. During this period the French and English monarchies were growing stronger.

Download ppt "The Holy Roman Empire and the Church" 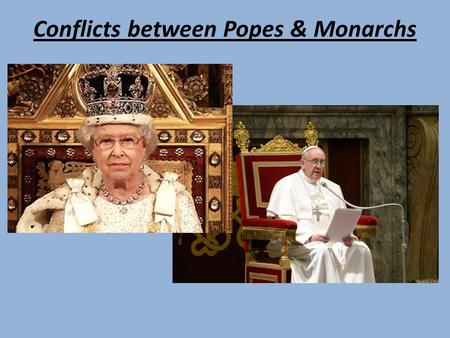 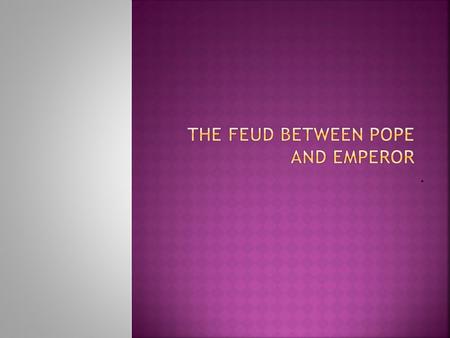 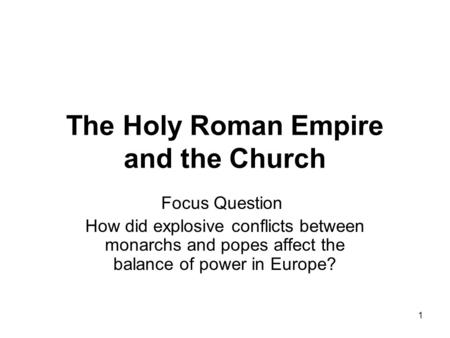 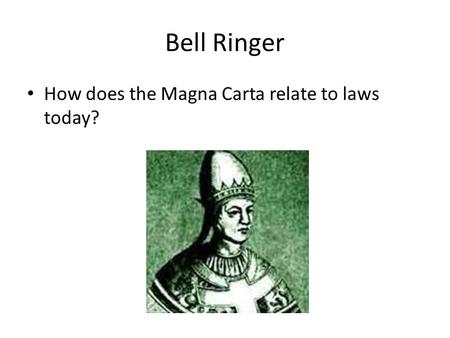