3 What is the Scientific Method?
Series of steps used by scientists to help solve a problem 1) Make observations 2) State the problem 3) Form a Hypothesis 4) Design an Experiment 5) Collect Data 6) Form a Conclusion 7) Retest It attempts to minimize the influence of a scientist’s bias, a particular preference or point of view that is personal rather than scientific. Science aims to be objective, but scientists are human, too. Sometimes scientific data can be misinterpreted or misapplied by scientists who want to prove a particular point.

4 Observations Information that is collected through any of the senses (sight, touch, etc.) Example: You may observe that plants given more fertilizer are growing more.

5 Problem The problem is the question, in which you are trying to find an answer. Usually, based upon initial observation of an event Example: How does the amount of fertilizer affect plant growth?

6 Hypothesis A prediction about the outcome of the problem; “educated guess” Written in the “If…then” format Example: If the amount of fertilizer used is increased, then plant growth will increase.

7 Experiment A procedure designed to test the hypothesis

8 Controlled Experiment
It is important that an experiment is conducted under controlled conditions: Controlled experiment: Experiment in which only one factor or variable is changed The other factors that are kept the same or unchanged are called the, control variables. Examples: amount of water, type of plant, location of plants, etc. Experiment in which all factors, except the one being tested, are exactly the same

11 Experimental Group Control Group vs.
There are 2 categories of groups in an experiment: Experimental Group: Group that receives the treatment or the independent variable (Example: plants that receive fertilizer) Control group: Group that serves as a standard of comparison or a constant. The independent variable is either not present or set at a standard value. (Examples: plants with no fertilizer)

14 Retest Repeat an experiment in order to make sure that the results are accurate.

15 Communicating Results
Scientists share their findings with the scientific community by publishing articles that have undergone peer review. In peer review, scientific papers are reviewed by anonymous, independent experts. Reviewers read them looking for oversights, unfair influences, fraud, or mistakes in techniques or reasoning.

16 Theory Evidence from many scientific studies may support several related hypotheses in a way that inspires researchers to propose a theory that ties those hypotheses together. Theory: An explanation that is supported by considerable experimental evidence resulting from many tests of related hypotheses No theory is considered absolute truth. As new evidence is uncovered, a theory may be revised or replaced by a more useful explanation. and that enables scientists to make accurate predictions about new situations. 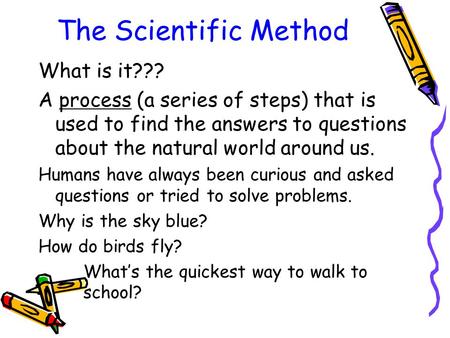 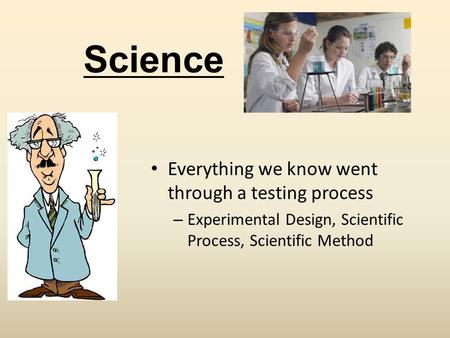 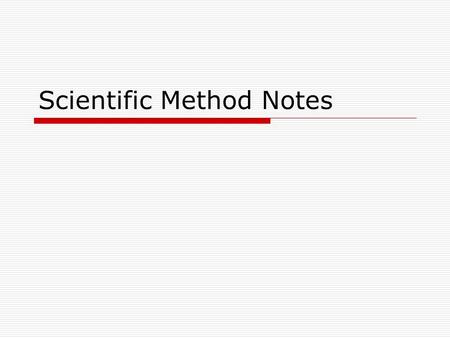 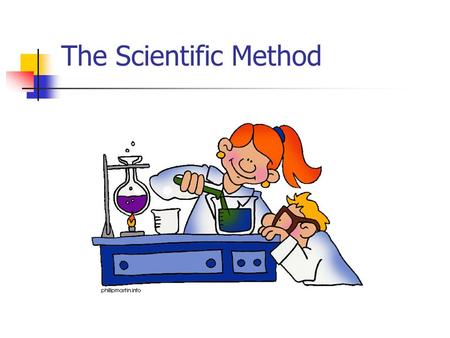 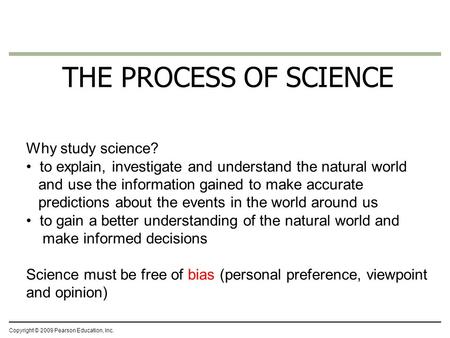