1 The Cold War: The Beginnings

2 Potsdam Conference Meeting of the Big 3 Stalin took back free elections in Poland and banned democratic parties Soviet Army in E. Europe = West could do little

5 U.S. Policy of Containment Feb. 1946: George F. Kennan, U.S. diplomat proposed the policy of containment: –U.S. would take all measures to prevent any extension of communist rule to other countries.

11 NATO NATO: North Atlantic Treaty Organization. Formation of 12 countries unified by increased Soviet aggression Military support if one of the NATO countries was attacked 1 st time in history the U.S. was involved in a military alliance during peacetime. 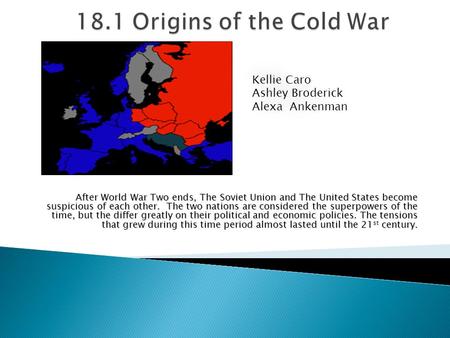 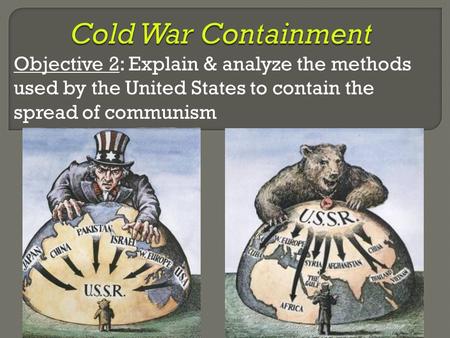