Section 3: The Culture of the High Middle Ages.

Presentation on theme: "Section 3: The Culture of the High Middle Ages."— Presentation transcript:

3 Section 3: The Culture of the High Middle Ages

5 Daily Objectives 1. Discuss how an intellectual revival led to the formation of universities 2. Explain how, in the High Middle Ages, new technical innovations made it possible to build Gothic cathedrals, which are on of the great artistic triumphs of this age.

6 I. Rise of Universities University, “corporation” or guild

7 A. The First Universities Bologna, the first European university Given a charter – a document giving it the right to govern its own affairs University of Paris Oxford, university started in England

10 II. The Development of Scholasticism Aristotle’s works upset many Christians Aristotle pushed rational thought – not by faith Some of his ideas contradicted the teachings of the Church

11 II. The Development of Scholasticism Saint Thomas Aquinas tried to reconcile Aristotle with the doctrines of Christianity Summa of Theology, asked “Does God exist”

13 IV. Architecture Romanesque, used the construction of churches in the late Roman Empire Replaced the flat wooden roof with a long round stone arched structure vault (called a barrel vault)

15 IV. Architecture *Romanesque churches required massive pillars and walls to hold them up Very dark inside

16 IV. Architecture Gothic Churches ribbed vaults and pointed arches Higher than Romanesque Churches Creates an impression of upward movement, as if the building is reaching to God

18 IV. Architecture *Flying buttress – a heavy arched support of stone Made it possible to distribute the weight of the Church's vaulted ceilings outward and down

21 Most were administrators of kings and princes. study 4 to 6 years and pass an oral examination question, sources with opposing opinions, reconciliation, and conclusions

28 A. The Plague Spreads *Black rats infested with fleas carrying a deadly bacterium The path of the Black Death followed trade routes As many as 39 million died

30 B. Social & Economic Consequences Sent by God as a punishment *Anti-Semitism – hostility toward Jews Jews were accused of causing the plague *Trade declined, shortage of workers caused a dramatic rise in the price of labor

32 B. Social & Economic Consequences *Decline in the number of people lowered the demand for food, resulting in falling prices

33 II. The Decline of Church Power

34 A. The Popes of Avignon King Philip IV of France wanted to tax the clergy Pope Boniface VIII said the clergy could not be taxed and the he had supreme power over the Church and state

35 A. The Popes of Avignon Pope Clement V took up residence in Avignon, in southern France

36 B. The Great Schism & Its Aftermath Great Schism, a split in the Catholic Church that lasted from 1378 to 1418, during which time there were rival popes in Rome & in the French city of Avignon

37 B. The Great Schism & Its Aftermath *John Hus called for an end to the corruption of the clergy and excessive power of the papacy. He was accused of heresy and burned at the stake in 1415

38 III. The Hundred Years’ War War between France and England over the control of Gascony

40 A. The War Begins King Philip VI of France seized Gascony in 1337 King Edward III of England declared war on Philip *Turning point in warfare: it was peasant soldiers, not knights who own the chief battles

41 A. The War Begins Both sides used heavily armed noble cavalry English foot soldiers were armed with pikes, or heavy spears and longbows

42 B. Crecy & Agincourt First major battle of the Hundred Years’ War occurred in 1346 at Crecy, the English were victorious Henry V, defeats the French at the battle of Agincourt English were now masters of northern France

43 C. Joan of Arc *Joan of Arc, a French peasant woman inspired the French troops with her faith at the battle of Orleans Later condemned to death as a heretic

47 A. Western Europe Two of the strongest kingdoms were Aragon and Castile Isabella of Castile & Ferdinand of Aragon (Spain) They expel the Jews from Spain Muslims from her kingdom *Known as the “most Catholic monarchs”

49 Chapter Summary The Middle Ages was a period marked by cultural diffusion, innovation, and conflict.

50 People would not know whom to believe; how could two or three popes each be an absolute authority? People might not accept either pope. The clergy were corrupt and too fond of worldly power and wealth.

Download ppt "Section 3: The Culture of the High Middle Ages." 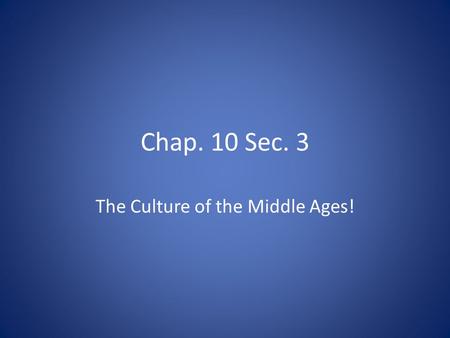 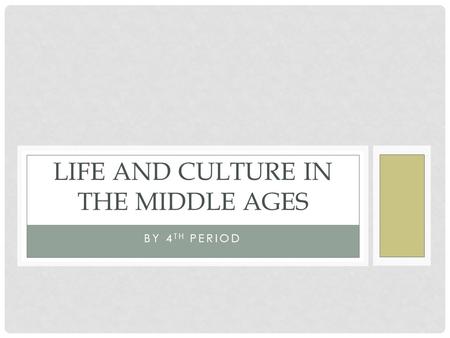 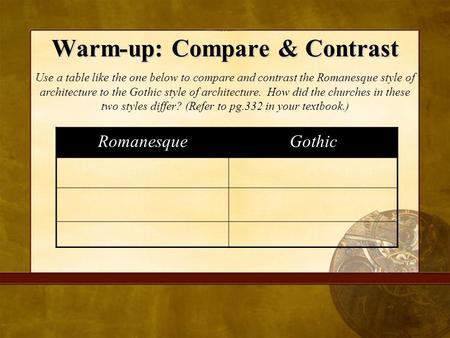 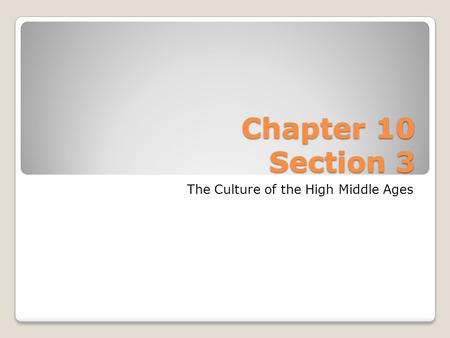 The Culture of the High Middle Ages 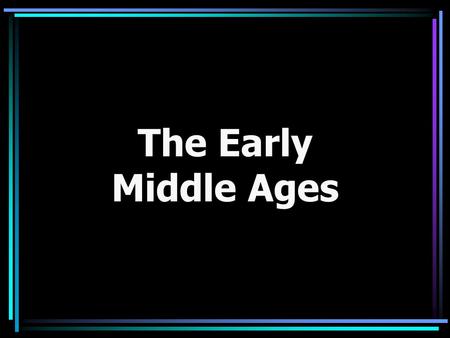 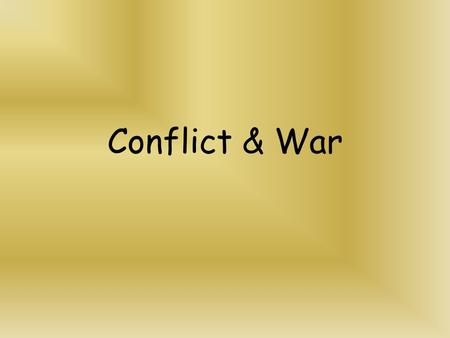