6 LMG Forum 2010 Endorsements Reaching a crucial stage with the end of Market Acceptance Testing and the start of Business Scenario Testing (BST) on Monday 23 rd August. BST will be driven by the participating brokers testing the electronic transaction of endorsements with selected trading partners. Details of these partnerships were circulated by Trevor Maddison last week, together with contact details in all firms. Two issues crucial to the success of BST are: –Any insurer not partnered with at least one broker should approach broking firms to agree their participation in BST. Any insurer experiencing difficulties in establishing partnerships should contact Trevor (Trevor.maddison@lloyds.com). –BST should involve front-line broking and underwriting practitioners if the objective of process familiarisation is to be achieved. Every firm to bring itself to readiness by 1 October at the latest, or earlier if participating in the vanguard. Assistance available from the centre to support BST: –the use of a testing facility –three suggested options for running BST –a library of BST scripts.

7 LMG Forum 2010 FWWS - eAccounts Release 1B –On course to start MAT with Miller using the Trace software in September. –Other users of the same software (Guy Carpenter, UIB and Price Forbes) have been engaged –Targeting a Q4 2010 implementation. Release 2 targeted for Q3 2011 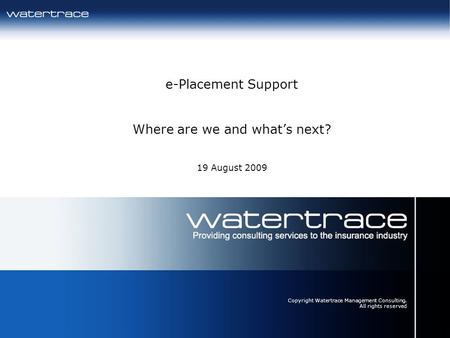 23/04/20141 e-Placement Support Where are we and whats next? 19 August 2009 Copyright Watertrace Management Consulting. All rights reserved. 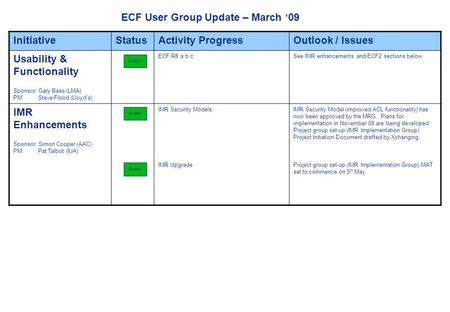 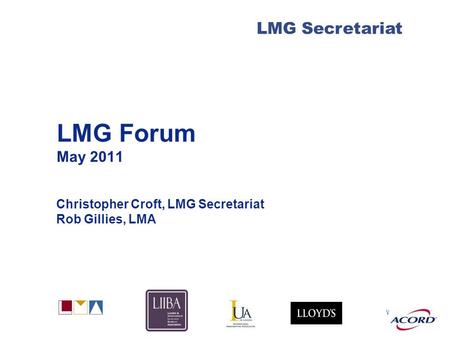 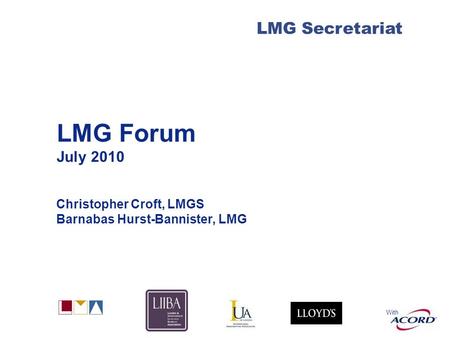 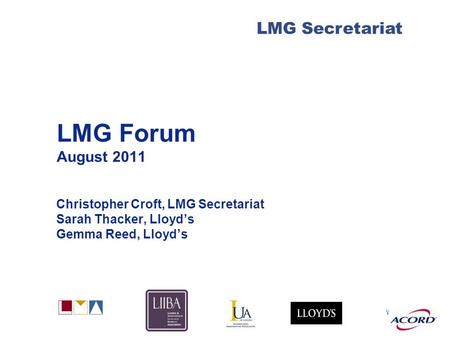 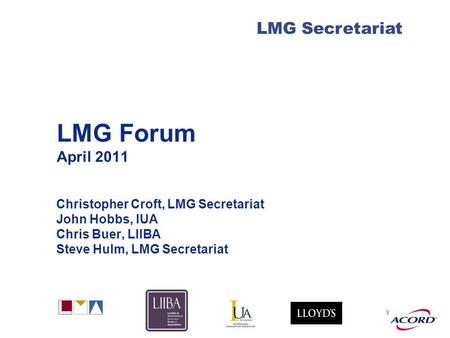 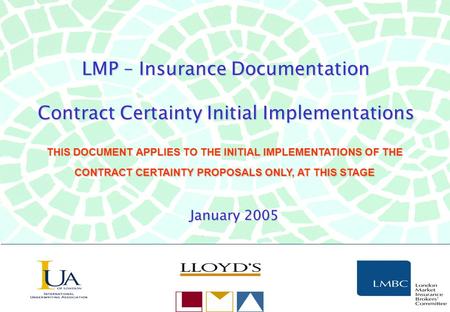 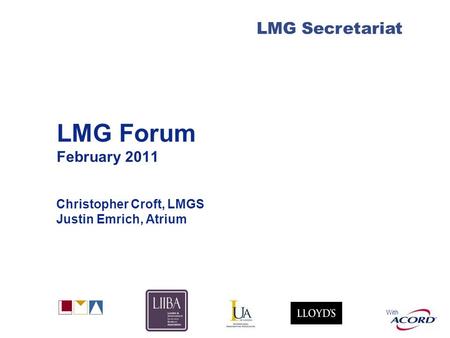 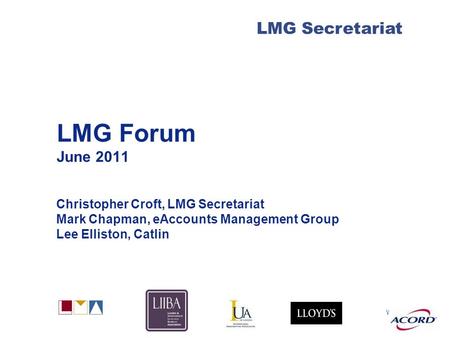 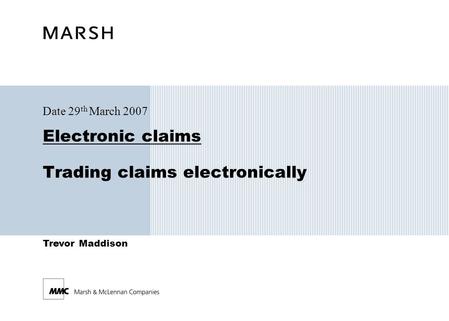 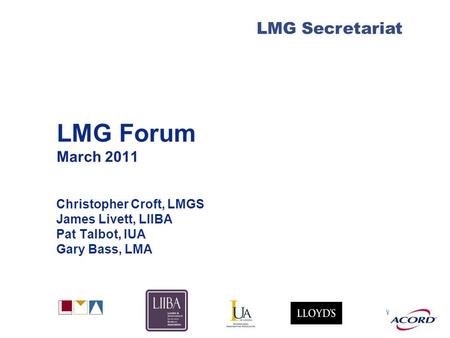 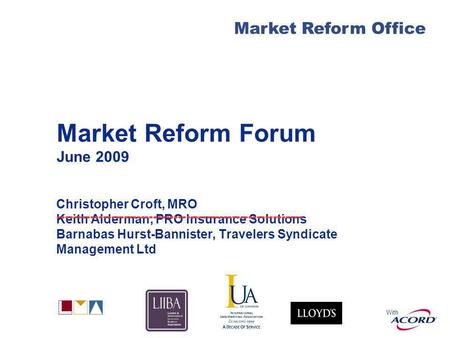 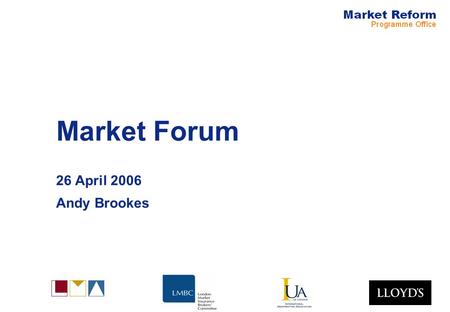 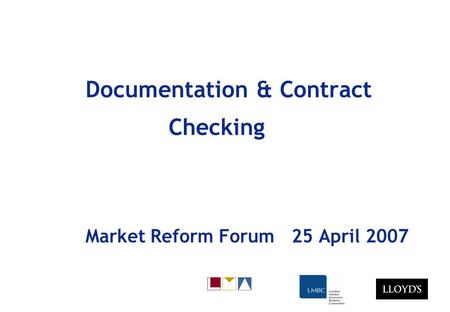 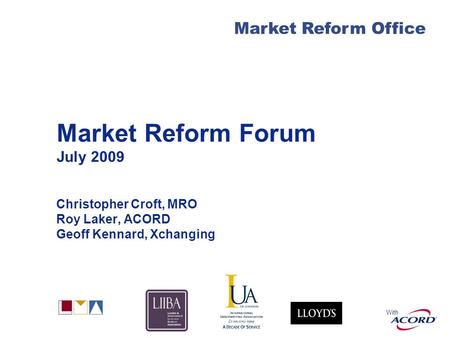 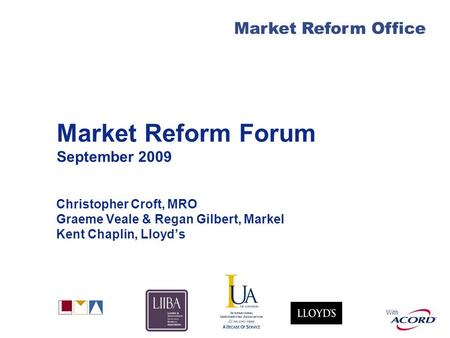 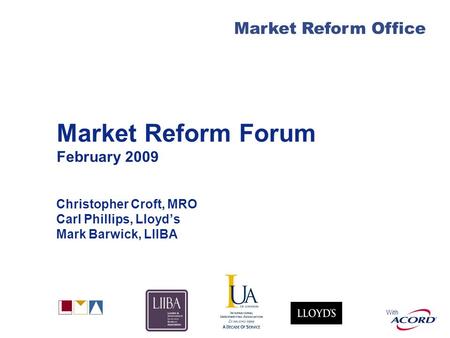