Presentation on theme: "An Ethical Debate.  Humans have been breeding farm animals for thousands of years  Selective breeding is done to get the traits a person wants."— Presentation transcript:

9  At least a quarter of all U.S. corn production today is Genetically Modified

14 a technique for correcting defective genes responsible for disease development. A carrier called a vector is used to deliver the therapeutic gene to the patient. Currently, the most common vector is a virus that has been genetically altered to carry normal human DNA. Target cells such as the liver or lung cells are infected with the viral vector. The vector then unloads its genetic material containing the therapeutic human gene into the target cell.

18  Making an exact copy of an organism by using its DNA  Insert DNA into an ‘empty’ egg, implant it in a surrogate, and a new offspring/clone is born

23  Gene splicing involves cutting out part of the DNA in a gene and adding new DNA in its place. The desired gene is then replicated usually in bacteria (reproduce quickly)

Download ppt "An Ethical Debate.  Humans have been breeding farm animals for thousands of years  Selective breeding is done to get the traits a person wants." 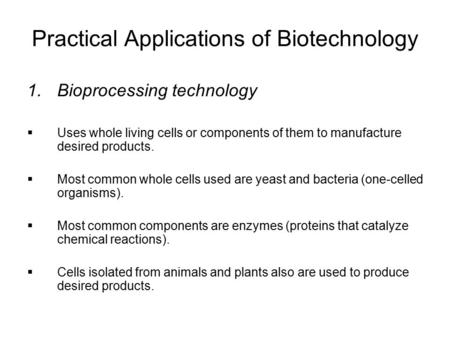 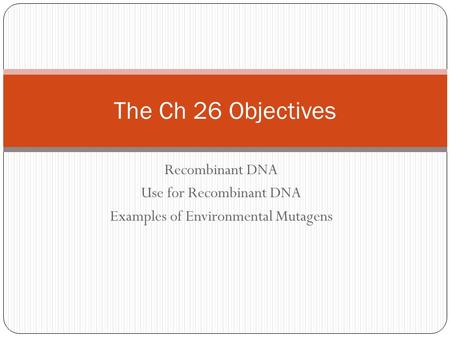 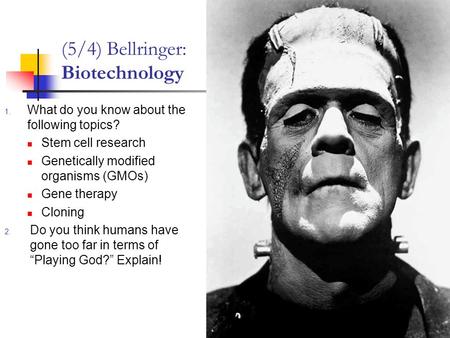 Bellringer What do you know about the following topics? Stem cells, genetically modified organisms, gene therapy, cloning Do you think humans have gone.