2 Reconstruction under President Johnson Johnson’s attitude –Deep-rooted prejudice continued. African Americans had rights, but those rights did not include a role in government. Johnson declared, “White men alone must manage the South.” –Johnson pardoned nearly everyone who applied, and prewar leaders were restored to power. Congress refused to seat these former Confederates. The Black Codes –Designed to keep freedmen in slavelike conditions, Black Codes gave planters a cheap labor supply. The laws varied by state, but they allowed freedmen certain rights, such as the right to marry and to own property. The series of laws kept freedmen dependent on the plantation for their existence. Keeping a way of life –Local sheriffs and Civil War veterans supported and enforced these laws. White citizens formed private groups, supposedly to keep order in the South. The Ku Klux Klan formed in 1866 and soon began terrorizing African Americans and whites who were loyal to the Union. Violence against blacks was rarely prosecuted.

3 Congress Takes Control of Reconstruction Radical Republicans wanted to reshape southern society and favored a more thorough program of Reconstruction. They wanted freed slaves to have economic opportunities and political equality. But moderate Republicans still controlled Congress. Northern concerns Northerners felt if southern states were allowed to abuse freedmen, the North’s victory would be diminished. Congress fights back Moderates did not want a social revolution, but wanted to help and protect freedmen. They passed two bills, including a Civil Rights Act. Johnson’s vetoes pushed the moderates to help the Radical Republicans to take control of Reconstruction. Johnson versus Congress

5 Radical Reconstruction Congress passed the Fourteenth Amendment, writing the Civil Rights Act into the constitution and granting citizenship to “all persons born or naturalized in the United States.” Republicans took control in the election of 1866 after riots in the South discredited Johnson’s views. Radicals now had the votes needed to pass the Reconstruction Acts. These laws put the southern states under U.S. military control and required them to draft new constitutions. Congress also passed the Tenure of Office Act in March 1867 to keep Johnson from using his power as commander in chief to interfere with Reconstruction.

6 Radical Reconstruction Johnson’s impeachment Edward Stanton, Lincoln’s secretary of war, had stayed on in Johnson’s cabinet. Stanton supported congressional Republicans and prevented Johnson from undermining Congress’s program. In response, Johnson fired him. The House of Representatives voted to impeach Johnson for violating the Tenure of Office Act. The Senate failed to convict by one vote, and Johnson remained in office. Although no longer in control of Reconstruction, Johnson continued to issue pardons, and by the end of 1868 the rights of almost all Confederate leaders had been restored. The Fifteenth Amendment During the impeachment trial, Republicans nominated General Grant as their presidential candidate. The 1868 election was close, but the African American vote in the South gave Grant an electoral college victory. Republicans pushed through the Fifteenth Amendment, which extended suffrage to all African American males nationwide. This brought millions of potential new voters to the Republican Party and aimed to protect freedmen from pardoned former Confederates. However, it did not ban denial of suffrage for reasons other than race. 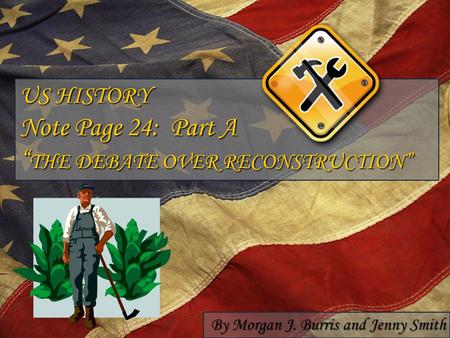 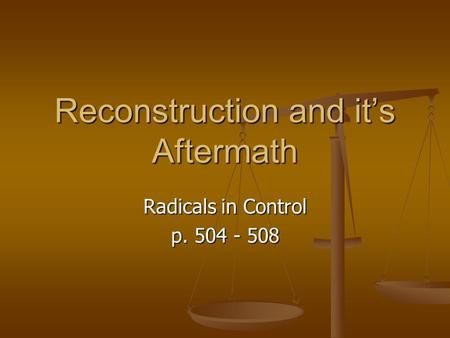 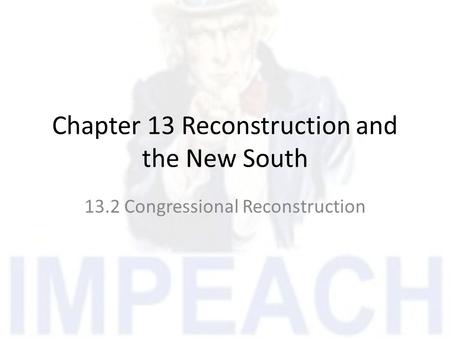 Chapter 13 Reconstruction and the New South 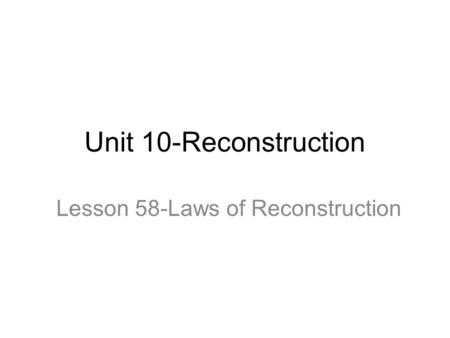 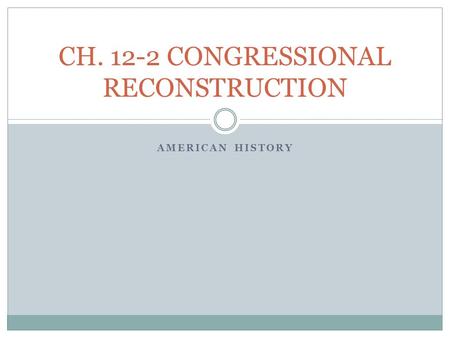 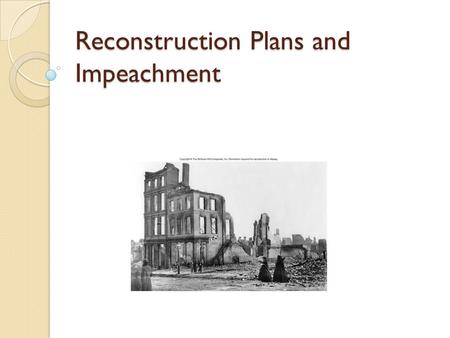 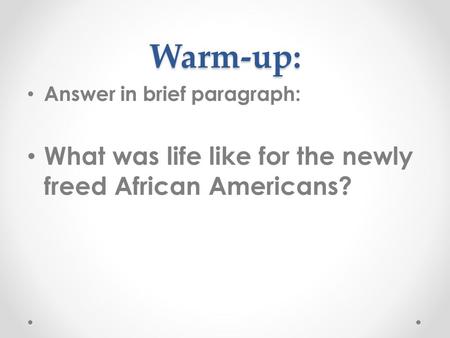 Warm-up: Answer in brief paragraph: What was life like for the newly freed African Americans?