4 B.The Great Depression had two main causes: 1.Farmers expenses (machinery) rose higher than the prices they received for their crops. Farmers could not payback their loans, so they lost their farms. 2.The second cause was the collapse of the U.S. stock market in 1929.

6 6 In August 1929, many investors were worried that the economic boom might end so they began selling off their stocks. The rash of selling caused the stock prices to fall. stocks The Stock Market Crash

8 8 During the Great Depression, families suffered. Marriage and birth rates dropped. Hungry parents searched for food to feed their families. Families doubled up, taking in aunts, uncles, and cousins. People felt they were a failure because they could not find work.

12 12. Churches set up soup kitchens or places where the hungry could get a good meal.soup kitchens

14 14 Many blamed the President for doing so little. They gave the name Hoovervilles to the shacks where the homeless lived.Hoovervilles

15 15 II. The Nation in Hard Times During the 1930’s, states from Texas to the Dakotas suffered a severe drought. High winds carried the soil away. As a result, this area became known as the dust bowl. Dust storms buried houses and farms. Years of over grazing cattle on the land caused the disaster.dust bowl

18 The United States was terribly affected by the Great Depression. President Herbert Hoover was unable to turn the economy around. In 1932, Franklin Roosevelt was elected President on a jobs promise program called the New Deal By 1933, 15 million people were out of work. 24.9% unemployment 10% 2009

22 22 To help farmers the Agricultural Adjustment Act was passed. Farmers were paid by the government not to grow certain crops. Roosevelt hoped with smaller harvests would control supply and demand prices for farmers. 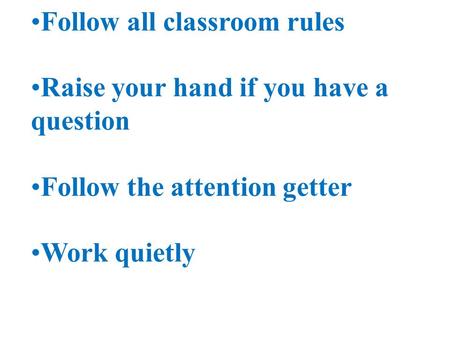 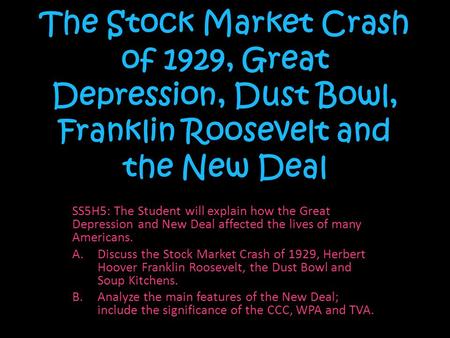 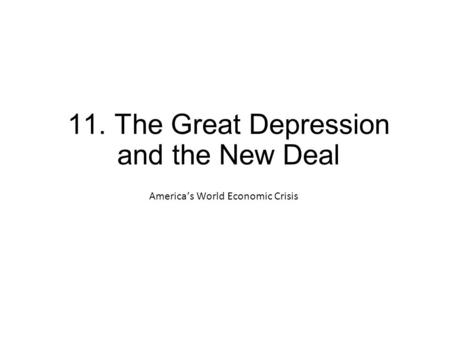 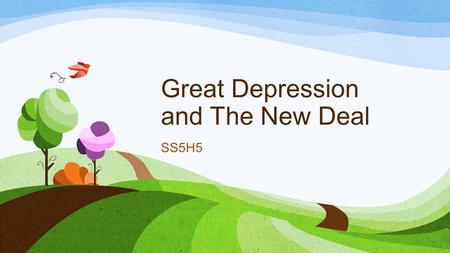 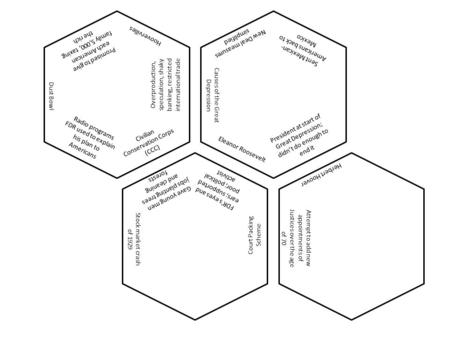 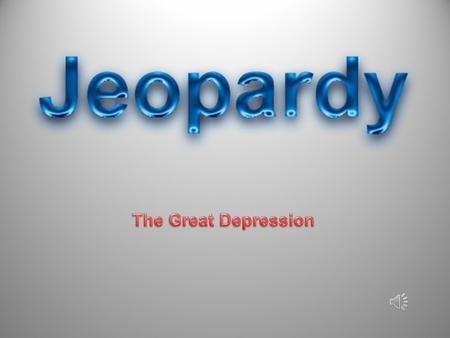 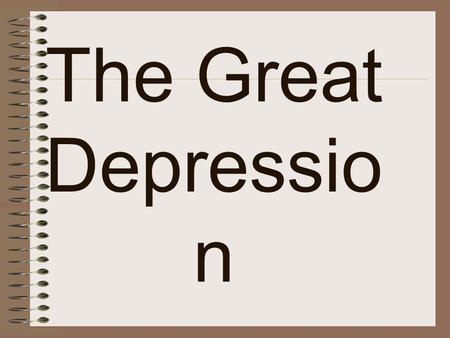 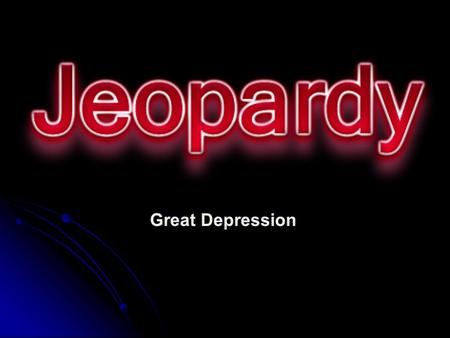 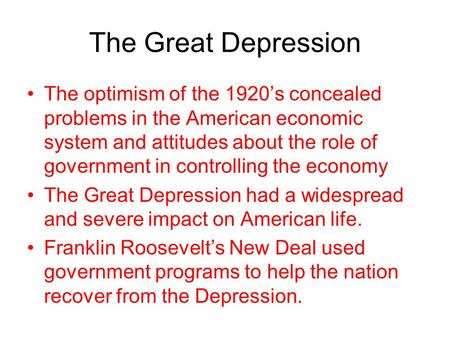 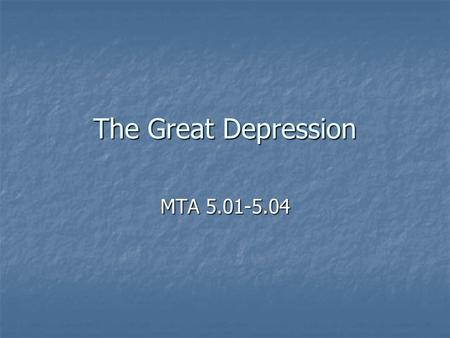