3 Railroads George Stephenson invented the Steam Locomotive
“The Rocket” in 1829 Increased demand for travel across the United States and created jobs for immigrants!

5 Cotton Gin Invented by Eli Whitney
Increased the amount of cotton produced Increased materials put out by factories, such as textiles and other clothing products

7 Automobile Henry Ford (founder of the Ford Motor Company) made automobiles afFORDable for all! Model T was the first car that was mass produced (all were made alike) 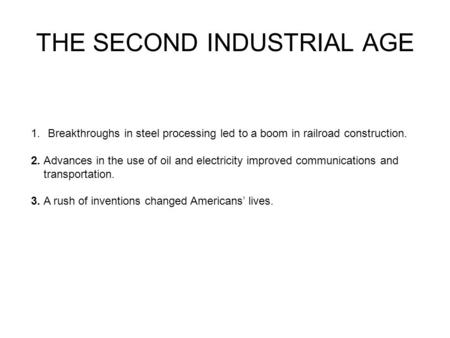 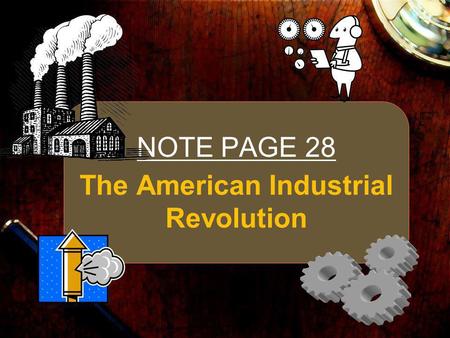 The American Industrial Revolution NOTE PAGE 28. Important Terms What is a corporation? –Business owned by many people What is a monopoly? –1 person or. 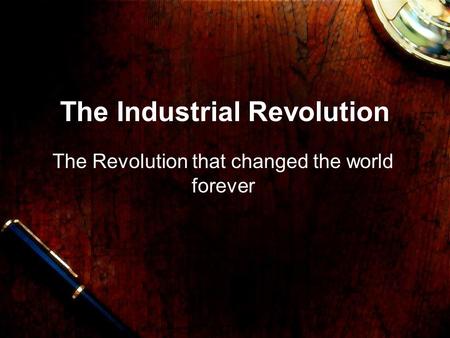 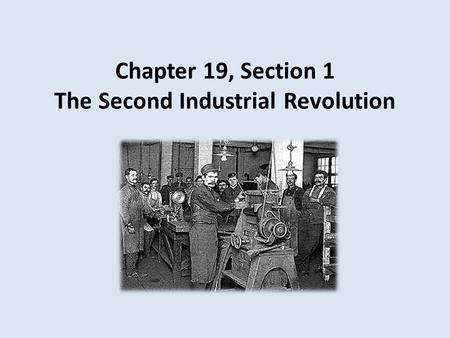 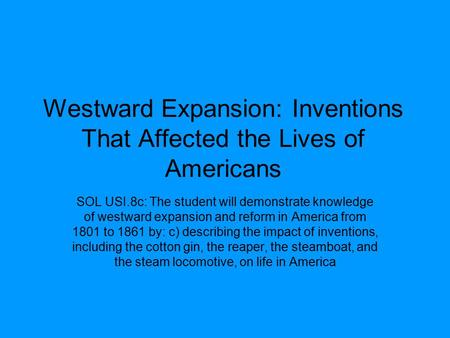 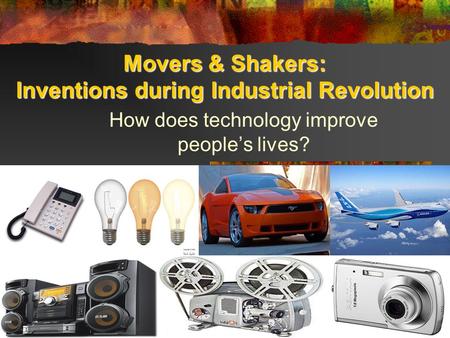 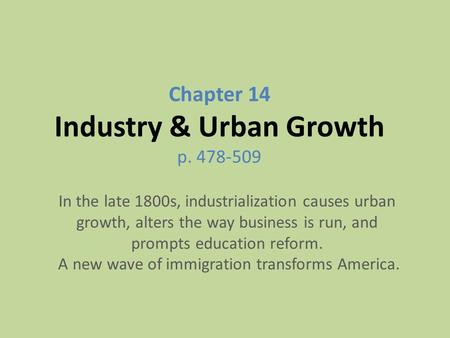 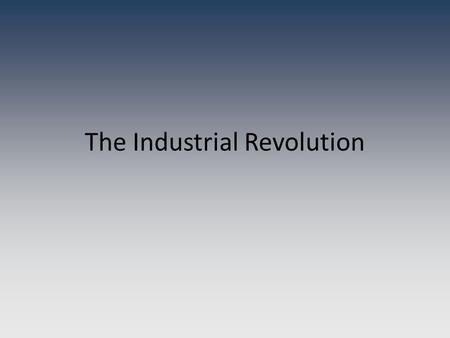 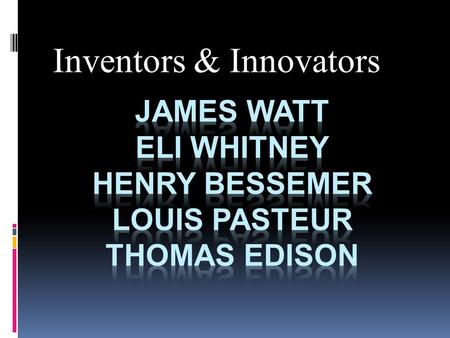 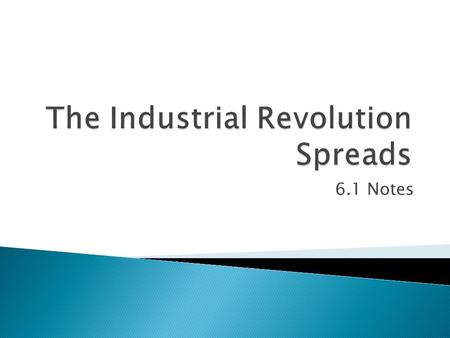 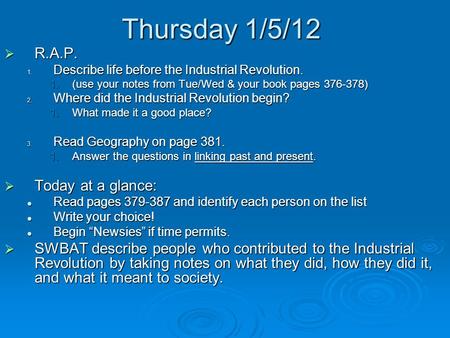 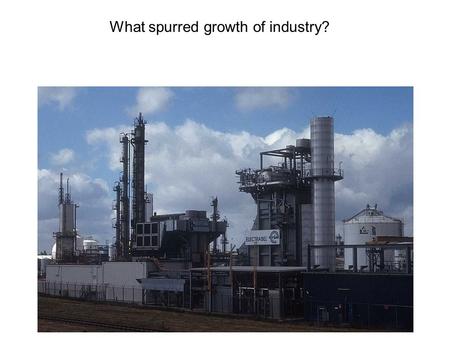 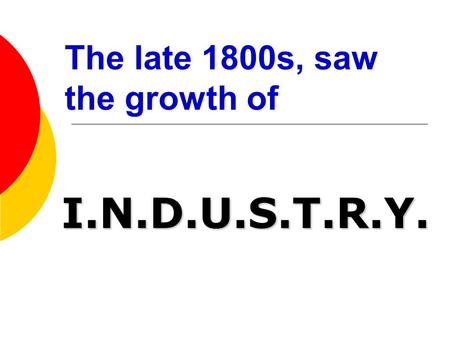 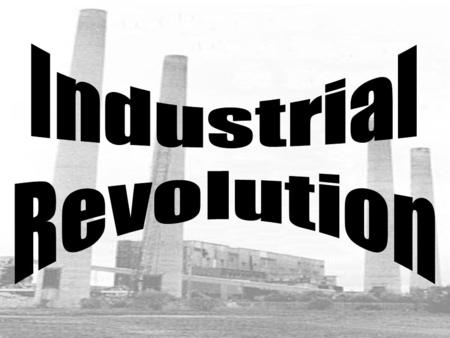 The Industrial Revolution started with the textile industry. IR quickly spread into other industries. New industries were rapidly created. 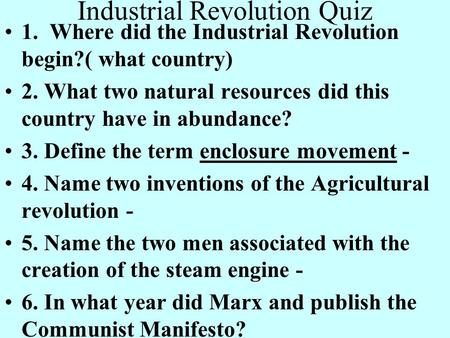 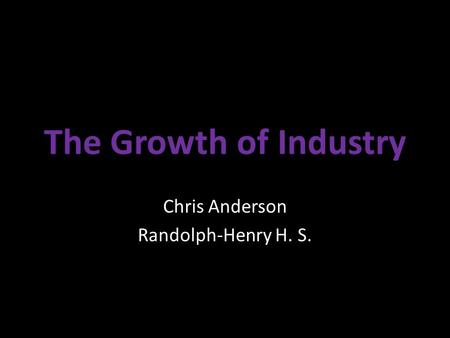 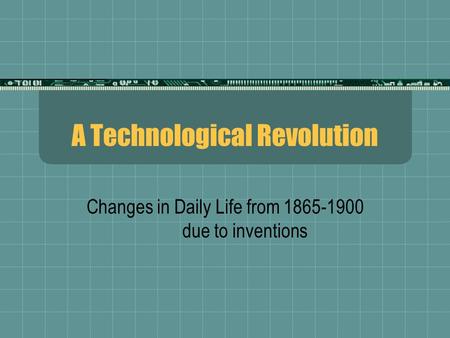 A Technological Revolution Changes in Daily Life from due to inventions. 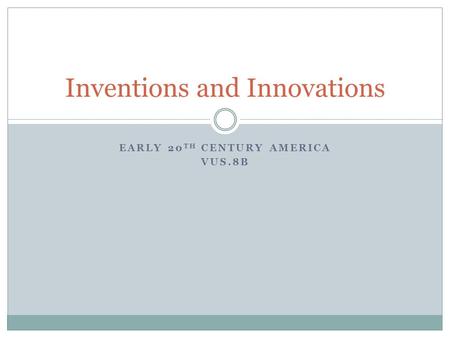 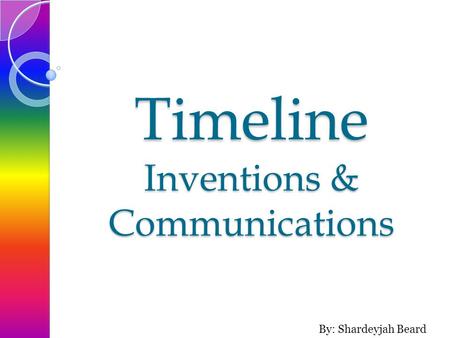