Presentation on theme: "The French & Indian War US History. Remember, The French were exploring the North American interior while the English were settling the eastern coast."— Presentation transcript:

1 The French & Indian War US History

2 Remember, The French were exploring the North American interior while the English were settling the eastern coast.

4 The French & Indian War (1754-1763) The French and Indian War was final war that would decide who would control the northern and eastern parts of North America. The British begin moving into the Ohio River Valley (around the 1750’s) The French and their Native American allies became alarmed. The French pushed out British traders when they destroyed a village and trading post in the area.

5 The War Begins… A dispute over land French Fur traders wanted the land, but The Virginia Colony also claimed it. The lieutenant governor of Virginia sent soldiers to tell the French to leave. They were led by… George Washington The British were instructed to build a fort, but the French took over it and it became Fort Duquesne

6 War Begins Washington’s men then built Fort Necessity. The French attacked and Washington was allowed to march back to Virginia. The war became part of the Seven Years War

7 British representatives and members of the Iroquois nations were meeting in Albany, NY But, colonial legislatures voted against it. They did not want to give up control of their own affairs. Benjamin Franklin proposed the Albany Plan of Union. It was the first proposal to unite the colonies. (Each colony would send representative to a grand council)

8 British Send Forces Couldn’t rely solely on the colonists to fund the troops. Sent General Edward Braddock Marched toward Fort Duquesne with George Washington and over 2,000 men Braddock’s forces were met with an ambush by less than 900 French. Washington suggested break formation and shoot from behind trees, but Braddock refused. The British were defeated and 1,000 men killed.

9 The British, determined to win, sent their best generals and borrowed money to pay for the war. By 1759, The British began to attack New France’s capital, Quebec. 4000 men climbed through cliffs overnight When the French awoke, the British were lined up ready to attack

10 After a short, fierce battle, Quebec surrendered to the British. The next year, Montreal fell and all of Canada was in British hands The Battle of Quebec *Turning Point in the War for the British

12 Pontiac’s Rebellion  As the French withdrew, the British took their forts.  The Natives did not give up so easily.  Natives responded by attacking settlers and destroying forts along the Appalachians, known as Pontiac’s Rebellion.  The British responded with their own viciousness killing even natives that didn’t attack “Could it not be contrived to send the Small Pox among those disaffected [angry] tribes of Indians? We must on this occasion use every stratagem in our power to reduce them.” -Major General Jeffrey Amherst, quoted in The Conspiracy of Pontiac

13 The Proclamation of 1763  Law preventing colonists from settling west of the Appalachians.  The colonists were angry, they felt they had claims to the land.  The British were angry that the colonists did not want to pay for the war.

Download ppt "The French & Indian War US History. Remember, The French were exploring the North American interior while the English were settling the eastern coast." 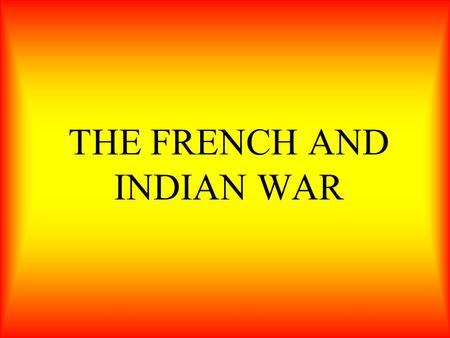 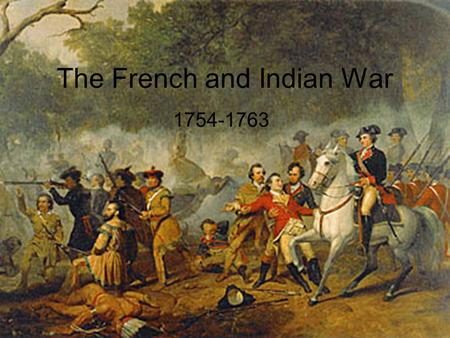 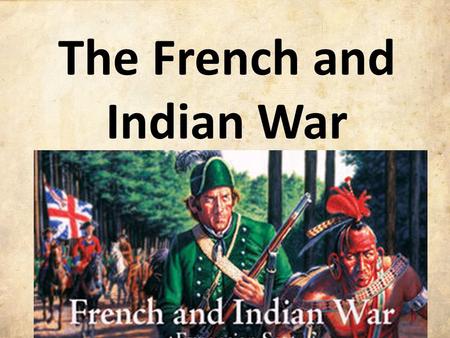 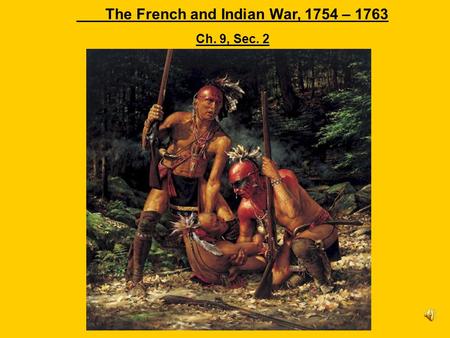